An independent investigation by a Bulgarian TV channel bTV discovered progressing construction works in the Kresna gorge area even though the official procurement procedure is still ongoing. 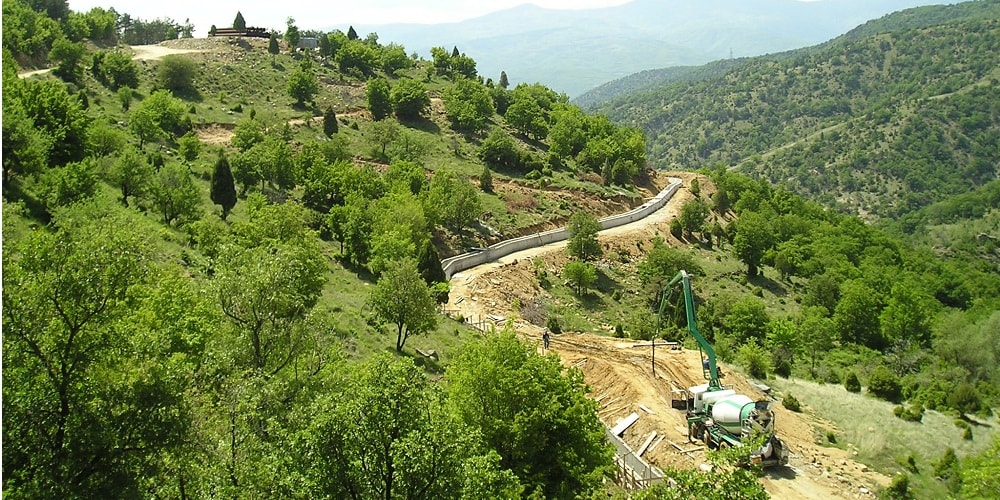 The bTV reportages (1, 2, 3, 4, 5 – in Bulgarian) show ongoing preparatory works alongside the potential route of the Struma motorway even though the procurement procedure for this lot is not finished and a construction company is not selected. This violates the public procurement legislation for EU-funded projects, including the Struma motorway that received EUR 610 million in Cohesion funds.

The investigation reveals that a private company Patproekt – 2000 has already built 7 km of roads and made 13 drillings for geological samples in the Natura 2000 site without notifying responsible authorities. Evidently, no environmental assessment and precautionary measures for protected species have been carried out.

Patproekt – 2000 has a long and flawed history with the Struma motorway. According to the investigation, it has already breached procurement procedures in the past. In 2016, it pulled the same trick by starting illegal preparatory works a year before the official tender opened and announced results. Since 2011, it has also been participating in the construction of other sections of the motorway.

A hotbed of problems

That same area of Struma motorway is subject to a 20-year-long dispute between the government of Bulgaria and environmental groups fighting to protect this invaluable European natural heritage.

Since its conception, the motorway wrought havoc on local biodiversity and triggered a massive public petition protesting the project.

The European Commission must step in

The recurring problems with the Struma motorway threatening the Kresna gorge have been well recorded by the Commission since 1998. Nevertheless, in the past years the Commission services have repeatedly failed to act on evident breaches of the EU Environmental Directives.

This is happening within one of the biggest EU-funded projects in Bulgaria that should have been the best example and a learning tool for the Bulgarian government in implementing EU legislation.

We alerted the Commission on multiple occasions but so far the formal response was that the EU funds are not yet involved in the most problematic section of the motorway.

Earlier this year, we petitioned the European Ombudsman to end the prolonged maladministration by the Commission.

Today, we present to Commissioner Cretu the evidence of EU laws violation and fraudulent practices in decision making around the Struma motorway.

We believe, the European Commission should question its commitment to the corrupt project that goes against European values and does not shun dubious practices. The Commission needs to conduct a comprehensive investigation of its own to make sure the EU’s public money are spent in line with public interest.