‘Peaceful negotiations’ between village residents in Vinnytska oblast and Myronivskyi Hliboprodukt (MHP), the largest agribusiness company in Ukraine, have ended abruptly, leaving all issues related to the company’s impacts on local communities unresolved. 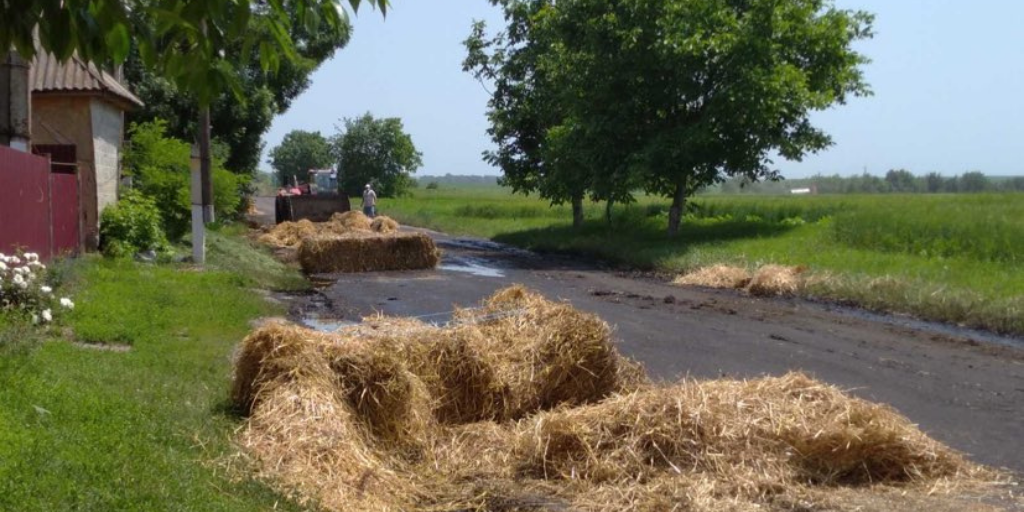 In June 2018, residents of the villages of Olyanytsya, Zaozerne, and Kleban submitted complaints to the European Bank for Reconstruction and Development (EBRD) and the International Finance Corporation (IFC) on the environmental and social harm of MHP’s operations and requested dispute resolution for these problematic issues.

MHP’s subsidiary, ‘LLC Vinnytska Poultry farm’, has a huge poultry production complex in Vinnytska oblast. It produces around 200 million broiler chickens annually. The rapid increase in and resulting high concentration of industrial facilities in the area became one of the main reasons for the local residents’ complaints. They connected various problems with the expanding operations of MHP, such as a decrease in the water levels of local wells, deterioration in water quality, contamination of soil and air, and damage to infrastructure by the use of heavy vehicles on village roads.

Local residents were concerned about MHP’s attitude towards communities: the company didn’t organise meaningful community consultations before building new farms or expanding the enterprise. Local residents felt pressured during the meetings and did not have an opportunity to express their fears freely. Other concerns were about MHP employees’ safety at work and MHP’s impacts on local residents.

The issues were not only around protection of the environment. The company’s contractors drive their trucks on the village road, which is not designed for a large number of heavy vehicles. In addition to noise, residents experienced strong vibration and later began to observe the appearance of cracks on the walls of their houses. Even after the construction of the bypass road, which was supposed to divert traffic from the village of Olyanytsya, people continued to complain that vehicles serving MHP still traveled on the village road.

Locals hoped that the company, which promotes itself as one of Ukraine’s leaders in environmental protection, would have no problem resolving the issues raised in the complaint.

Concerns of the complaints

Studies show that high level of nitrates and other chemicals are common in places close to livestock farms. This affects the quality of the soil, causes the flowering of nearby water bodies, harms biodiversity, and makes groundwater unfit for consumption. Drinking water with high levels of nitrates increases the risk of health issues in the thyroid gland and circulatory system. Moreover, it increases the risk of cancer, and it also affects the physiological and mental development of children, especially infants.

Last summer, a team from the non-governmental organisation Ecoaction went on an expedition ‘In Search of Clean Water’ to check the quality of the water in the wells and reservoirs of 14 different communities in ten regions of Ukraine. The villages of Olyanytsia, Zaozerne and Kleban in the Vinnytsia region, whose representatives complained about the negative impacts of MHP’s operations, were also inspected and showed disappointing results.

Analyses revealed record rates of nitrate pollution in wells – the worst of all the studied sites in the country. At the maximum allowable level of nitrate contamination up to 50 milligrams per liter (mg/L), both rapid and laboratory tests showed excess nitrate levels in almost half of the 19 tested wells, often reaching 150 mg/L, three times more than the maximum allowable level.

Still, it is difficult to determine the source of pollution with this type of research. Results only show that there are problems with water quality in these villages, which could pose a danger to their inhabitants.

According to local residents, there are also problems with the availability of water due to high water consumption by MHP’s enterprises. After being used in poultry production, the water is treated at water treatment plants, but the villagers could get neither data on consumption, nor data on water treatment and quality from MHP during negotiations with the company. Meanwhile, forecasts show that due to climate change, water runoff in the Southern Bug basin, which includes rivers in the Vinnytsia region, will be reduced by a third, and in some months even up to 45 per cent.

How villagers tried to negotiate with MHP

MHP has received more than half a billion euros in loans from multilateral development banks for its projects. In particular, it received more than USD 300 million from the IFC, EUR 275 million from the EBRD and EUR 85 million from the EIB. In their policies, these banks set high environmental and social standards for the projects they finance, and promise that they will be implemented in a sustainable and just way. Communities impacted by such projects can address their grievances to the banks’ accountability mechanisms. Affected people can raise grievances about the projects’ non-compliance with environmental and social standards, as has been the case with MHP. The procedures of the accountability mechanisms provide two ways to resolve complaints:

Communities in Vinnytska oblast chose the first option. In June 2018, they asked the banks’ independent accountability mechanisms to facilitate a dialogue on the issues they linked to MHP activities. They were advised by three non-governmental organisations: Ecoaction, CEE Bankwatch Network and Accountability Counsel. The mediation process lasted more than three years, during which the community and the company tried to find common ground, and the non-governmental organisations provided advice and support to the complainants. But the mediation produced no final agreement, because MHP decided to withdraw from the process. MHP’s withdrawal also halted a pilot study of the impact of its heavy vehicles on the destruction of buildings in Olyanytsya, which the parties had been preparing together within the mediation process.

Will the problems be resolved?

Before the mediation, all involved parties signed a memorandum outlining the rules of the process. Because locals felt constant pressure from the company, in part due to cases of retaliation, the parties also signed additional agreements to guarantee the confidentiality of the process and the identities of negotiators, as well as the prohibition of retaliation against each other. In addition, neither party had the right to disclose details about this process.

During these three years, MHP has been able to actively build its image as a ‘green’ company that cares about people. But advertising in the media, funding for charitable foundations, the organising of festivals, and even ‘environmental’ awards do not help the environment and the local communities in Vinnytska oblast. The communities continue to worry about the stench of chicken manure; the destruction of houses in Olyanitsa; and the health problems people have linked to air, water and soil pollution.

The independent accountability mechanism of the EBRD has already presented a problem solving report, and the IFC’s mechanism will do so soon.* Afterwards, the banks’ independent mechanisms should decide to close the complaint or proceed to plan B – compliance review. As part of the compliance review, the mechanisms will gather evidence and decide whether MHP projects have violated the banks’ environmental and social policies. If violations are proven, EBRD and IFC management will develop a plan to mitigate the damage, and the mechanisms will monitor its implementation.

However, only the company can decide whether or not to solve these problems, as the banks cannot impose any penalties or sanctions on the company at this time. The locals hope to finally achieve justice: that the impacts of MHP on the environment will be fully investigated and disclosed, and the company itself will improve its practices.

(*) Since this blog post was originally published in Ukrainian, the Office of the Compliance Advisor/Ombudsman (CAO), the IFC’s accountability mechanism, published its report (1 February 2022). It can be found here.