Just a few weeks before leading international climate negotiations at the COP 19 in Warsaw, and in the face of the new IPCC report’s dire conclusions, the Polish government is again obstructing European emissions reduction ambitions. 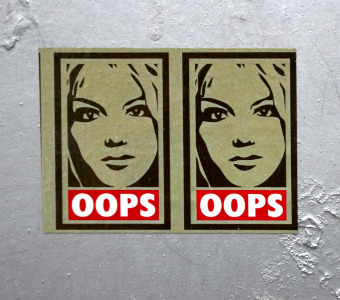 “The European Commission wants to set new climate goals for 2030,” Polish Deputy Prime Minister Janusz Piechocinski told Wall Street Journal in an interview published on September 26. “There will be no permission for that on our part. We are willing to call for a referendum [on the issue] for the first time in Europe.”

Piechocinski’s statements came just a few days after European media reported on the contents of a Commission so-called non-paper summing up the outcomes of a public consultation over potential 2030 climate targets for the block.

You have to wonder what was on everyone’s minds when they made Warsaw the host of the COP 19 climate talks.

According to the document, Poland is the only country from those who commented to completely oppose the idea of an emissions reduction target for 2030. Countries like the Czech Republic and Romania took a more cautious – though still retrograde – approach, saying that they could accept targets for Europe if there is a global progressive agreement on emission cuts. But such an agreement would in its turn depend on a progressive committment from Europe.

So it looks like, once again, at least Poland, if not Poland joined by other CEE countries, will erect further barriers to European efforts on setting climate targets. In mid-2011, and again in the spring of 2012 the Polish government blocked a European Environmental Council meeting from signing on to stricter carbon emission targets for the EU – this was supposed to have seen an endorsement of the Commission’s 2050 Roadmap calling for a 40 percent cut in carbon emissions by 2030, a 60 percent cut by 2040 and an 80 percent cut by 2050, compared to 1990 levels.

Not in the least because of the Polish government, the EU currently does not have 2050 targets set in stone, just a general direction towards decarbonisation by the middle of the century.

According to environmental groups, an EU target of a 40 percent emissions cut by 2030 is far from sufficient anyway. Meeting the block’s long-term decarbonisation goal would need a much more ambitious target on renewables accompanied by a robust target on energy savings. A 40 percent emissions cut target on its own would merely give the impression Europe is advancing, but in reality this would not be enough to set the 28 member states on a reliable path to decarbonisation.

And now the Polish government is preparing to block even the moderate targets being pushed by the EU.

Europe’s energy bad boy seems, too, to find it unproblematic to do such just as it is pretending to offer leadership on climate change negotiations in the run up to the November COP 19 in Warsaw. Again wider European exasperation can be expected as the hope has been that Europe would bring a strong pro-climate commitment to the negotiating table, one of the necessary elements for moving towards a global deal in the UN framework.

Threatening the prospects of a Paris 2015 deal on global emissions is particularly galling in the context of the recent conclusions of the IPCC report (pdf) which states that, unless emissions are curbed, there is a very strong probability of the planet warming by four degrees celsius this century, a figure that amounts to runaway climate change. Close to four degrees warming, the IPCC report outlines, equates to a very strong likelihood that Greenland would melt, resulting inevitably in a seven-metre high rise in sea levels.

Of course, Poland’s current government seems to care little about the climate or the international context. Poland is in very consistent pursuit of what its current government, led by Prime Minister Donald Tusk, considers to be the necessary direction of development for the country: doing the minimum on renewables, continuing to rely heavily on coal for energy needs and hoping for shale gas fracking to eventually take off, despite continuing scepticism about the sector’s viability in Poland and elsewhere.

Other countries in the region are pursuing similar paths, yet they are less vocal – and probably less potent – on the international scene.

This year, the Czech Republic, Romania and Bulgaria have announced phase outs of subsidies for renewables, arguing that consumer energy prices have rocketed on account of this type of public support.

Yet this justification for cutting public support for renewables is merely a hypocritical attempt to cover up mistakes made by authorities in the planning of the support systems. In the Czech Republic, the tarrif regime introduced in 2007 to support the installation of photovoltaics ended up benefitting primarily major energy companies, such as Czech national behemoth ČEZ.

In Romania, rising energy prices for consumers is no more than a myth. Renewables support did not bring a significant price increase for consumers; it did, however, increase costs for majorenergy consumers such as steel producer Arcelor Mittal and aluminium producer Alro, which then in turn pressured the government to lower prices for them.

In Bulgaria, real increases in consumer prices, felt acutely by the poorer sections of the population, were blamed by the authorities on subsidies for renewables, but in reality were caused by investments in new expensive coal capacities, subsidies for unreformed district heating systems and very bad deals on oil and gas supplies.

It seems, therefore, that CEE governments are using renewables as a scapegoat to confuse the public and to conceal the high costs of inefficient energy systems overreliant on fossil fuels, when in fact renewables could constitute the solution to these decade old problems.

And now, in a reflection of domestic energy sector developments, the CEE region – regrettably under Polish leadership – risks blocking EU progress towards decarbonisation. By doing so, the region risks jeopardising an excellent opportunity to use European funds and technical expertise in order to revamp carbon intensive economies and prepare for future competitiveness.

The taking of such positions during European Council meetings or UN negotiations only adds further risks to the already shaky potential of a meaningful international climate agreement.

You have to wonder what was on everyone’s minds when they made Warsaw the host of the COP 19 climate talks.