Poland’s veto against increasing Europe’s 2020 target for greenhouse gas emissions cuts to 25% is frustrating not only environmentalists in Poland and elsewhere. 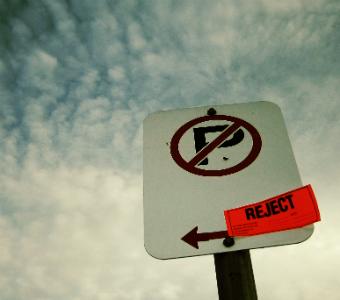 As if Poland hadn’t loaded – enough – shame on itself, it just dealt out another unilateral blow to more ambitious climate targets for the EU:

At today’s crucial Council of Environmental Ministers, Warsaw blocked the European Commission’s EU Roadmap 2050 and intermediary emission reduction targets to make the long-term goal of reducing emissions by at least 80 percent by 2050 possible. (All other EU environment ministers agreed to the roadmap.)

It’s hard to measure the mounting frustration that I share with other Polish environmentalists. Seeing how our government with one careless stroke destroys months of hard work by the Commission and others at EU level. Even more – our government’s move shows how little it understands about the benefits that getting behind the EU low-carbon strategy can have for its people.

The proposed text that Poland vetoed today proposed that 20 percent of the next EU Budget should be dedicated to climate mainstreaming. With the next EU Budget counting over one trillion euros, Poland has said no to a huge amount of money – money that could be used for energy efficiency and savings, that translates into more heat comfort and financial savings for Polish families, jobs in the green energy sector, a lower energy budget for the country as well as more energy independence.

Instead, our government remains in the grip of the coal lobby and presents this as the only alternative for the country. Oh, and in the process it’s also messing up the chances for a greener future for all European citizens.

Thank you very much, indeed!

Two days before today’s Environment Council, over 20 Polish NGOs sent a letter to our prime minister Donald Tusk (pdf). In it, you can read more on the negative consequences for Poland resulting from its resistance as well as on the great benefits that could accrue to us if our government wisened up.