As part of the consultation on its energy sector strategy the EBRD next week hosts public meetings in Istanbul, Belgrade and Moscow to discuss with civil society from its countries of operation. While public pressure is increasing to end coal financing it is important to note that restrictions to carbon-intensive investments must be strictly and clearly defined in the strategy document if they are to improve the EBRD’s climate impact. An article from Bankwatch’s 2012 annual report (pdf) illustrates how a too flexible approach allows the EBRD to greenwash also very dirty investments. 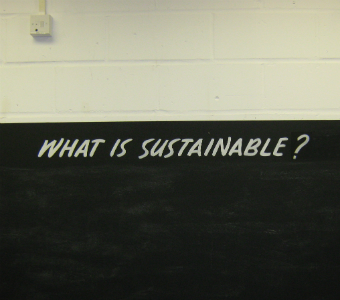 In the famous words of American baseball legend Yogi Berra: “In theory there is no difference between theory and practice. In practice there is.” Based on Bankwatch’s experiences in 2012, Berra could well have been referring to the European Bank for Reconstruction and Development.

At the most fundamental level of our engagement with the EBRD, on climate change-related energy investments, the bank was able to ride the crest of a wave as a result of a carefully crafted construct, a fine piece of theory if you like: its Sustainable Energy Initiative (SEI). Via the SEI, the EBRD has for several years now been directing a considerable amount of its energy lending to renewable energy and energy efficiency.

This focus on the SEI has not, however, diverted EBRD resources away from support for fossil fuel projects – indeed, all the indications are that the current review of the EBRD energy policy to be concluded in 2013 will see the bank reaffirm its commitment to providing financial support to the climate-damaging fossil fuel sector, including extending the scope of this support to emerging dirty resources such as shale gas. And all of this despite growing political and global institutional calls for fossil fuel subsidies to end now if the challenge of climate change is not to become, in the very near future, completely unwinnable. 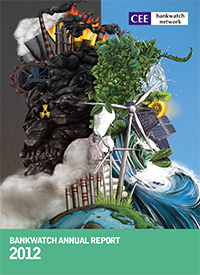 Yet, on a practical level, what is most mystifying about the EBRD’s much vaunted SEI is that ‘climate-contrary’ investments (quite a number of them in fact) can be included under its ‘sustainable’ tag. Thus, as part of EBRD ‘sustainable energy’ theory, supporting improvements to a new coal-fired power plant’s energy efficiency merits a tick and inclusion under its SEI accounting, even as it locks in up to four decades of substantial carbon emissions with negative implications for EU climate goals.

The most startling example of this is the lignite-fired Sostanj Unit 6 project in Slovenia that, despite our best efforts working alongside local and international groups, finally received several hundred million euros from the EBRD. Part of our campaigning on Sostanj in 2012 has, though, exposed the often heard EBRD claim that it conducts first class due diligence across its portfolio: concerns about corrupt practices during the tendering process for Sostanj 6 were addressed to the European anti-corruption agency OLAF, that then opted to open an investigation – the conclusion of which is still pending.

Another international body has, quite without precedent, been taking an interest in another major EBRD-backed project that we worked on intensively in 2012 in tandem with international partners – and the sensation that what you see or hear from the EBRD about its investments is not what you get was, once again, very much to the fore.

In Kiev’s freezing December temperatures, Bankwatch and Greenpeace directly addressed the EBRD’s consideration of a EUR 300 million ‘nuclear safety’ loan for ageing Ukrainian reactors. We dropped a banner and staged a demo outside the bank’s national office – with the immediate impact being to delay a pending EBRD board decision on the controversial loan.

Controversial because, as Bankwatch and other groups pointed out, the EBRD is not mandated to finance nuclear expansion projects. Yet, despite the ‘safety’ narrative being touted by the bank, an expert analysis published in 2012 laid bare how some technical measures to be financed the EBRD loan – and an associated loan from Euratom – would only be required if the lifetime of the reactors was to be expanded.

Despite delaying the loan decision, the EBRD has subsequently agreed to the loan. Yet in a landmark ruling in early 2013, the Implementation Commission of the United Nations Espoo Convention has deemed that Ukraine’s plans to expand the lifetime of its old nuclear reactors is in breach of the convention – the same convention that Ukraine ratified in 1999.

Where this will now lead is unclear. But Bankwatch believes that a so-called ‘responsible investor’ such as the EBRD should be halting the disbursement of its loan in light of the circumstances identified by the UN Espoo Convention.

It is becoming increasingly clear, then, that the EBRD’s operating within – to be charitable – grey areas, where what it says it is doing on paper (or on its website) does not tally with the reality, is becoming increasingly apparent to many influential bodies and observers. With our longstanding experience of the institution, and its ways and means, we feel that our messages communicating what is really going on at the EBRD are making an impression.

Within the European Parliament, where we focus a lot of our advocacy, the EBRD is now on the radar of many MEPs concerned about how the bank – more than 60 percent owned by EU states – is simultaneously and perversely making a positive impact on climate change yet undercutting these efforts with its continued support for fossil fuels and unsustainable energy.

If the EBRD chooses to continue down this path – its stated interest in shale gas being a developing concern – we feel certain that we can mobilise further public hostility against the EBRD. All the same, we’d much rather be singing the bank’s praises for full-on support for truly sustainable energy investments.