Home > Blog entry > Resavica: Serbia’s canary in the coal mine

After decades of powering Serbia it seems the coal business in the country is on life support. Yet policymakers in Belgrade refuse to consider alternative sources of energy. 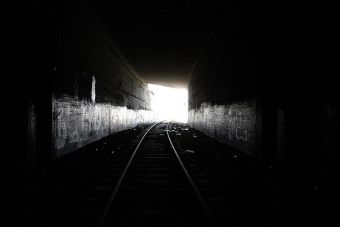 Resavica, a public company operating nine coal mines across Serbia, should have been the most obvious wakeup call. Employing close to 4000 people, it has struggled to pay salaries since 2005, with debts mounting to EUR 2 million, and triggering a chain of lawsuits from disgruntled employees.

At the same time, the company has suffered a shortage of workers, and after some employees retired, last month the economy ministry decided to recruit 200 miners to enable the mines to continue operations.

By more tragic circumstances, a number of employees have lost their lives in several accidents, most lately in December 2013 in the Rembas mine and then in September 2014 in the Strmosten mine.

The situation really couldn’t be more hopeless. An unnamed source told the Večernje Novosti daily, “we admit, for Resavica there is no solution in sight because employees earn only half their salaries. We will have to talk to international financial institutions because without state subsidies they will not be able to survive.” Resavica is already receiving nearly EUR 37 million from the Serbian state for wages and running costs – subsidies that are most likely incompatible with Serbia’s obligations under the Energy Community’s state aid rules.

The government has been trying to sell Resavica for over a year, and in late May it decided to suspend for a year the privatisation of the company, along with 16 other firms considered strategically important for the country’s economy.

“Those firms are ready to be privatised, but with Resavica we have a big problem because no one is interested in it and it is the only one receiving state subsidies, while the others have a potential to recover,” economy minister Željko Sertić was quoted as saying.

At this point, one would expect that a new direction might be in order. Studies have repeatedly shown that Serbia has much to gain – in economic, environment, health and social terms – from boosting energy efficiency and from expanding its still nascent renewable energy sources.

Other studies are unequivocal about the heavy price Serbians will be, and indeed already are, paying by perpetuating the country’s near total dependence on dirty coal.

Yet, instead of seeing Resavica’s poor performance as an opportunity to consider a more sustainable energy path, the Serbian government has dug its heels in. In a meeting two weeks ago with business association NALED, mining and energy minister Aleksandar Antić stated that a new mining law, designed to attract private investments, will be adopted in September.

Details about the bill are yet to be made public, but it would be fair to speculate that in its new version the law should make it easier for Serbia to privatise Resavica, possibly by lowering some standards to cut running costs.

Ivan Bošnjak, member of NALED’s Executive Board, said this law has already been amended three times in the past eight years. He also said NALED will be contributing to drafting the new law because of its potential to breathe new life into the mining sector.

“Our calculations [show] that five new mines could bring long-term investments of 4 billion euros, create 1,000 direct and 3,600 indirect new jobs in the sector offering salaries which are 2.5 times higher than the national average,” reportedly said Bošnjak.

This seems rather far fetched considering the state the global coal industry is currently in. The risk of investing in coal assets which could turn out unprofitable is ever higher and most development banks no longer invest in coal. Now Serbia has the choice between channelling new investments into a dying coal sector or into the promising prospects of improved energy efficiency and clean, cost-effective solar and wind power.