With less than three months to go until the 2014-2020 EU budgetary period gets underway, a Bulgarian Partnership Agreement is being discussed with the European Commission – but the less said about it the better. In the spirit, though, of a country where a shake of the head means ‘Yes’, we have chosen to spill the beans at some length on where familiar mistakes are being taken, and where they may lead. 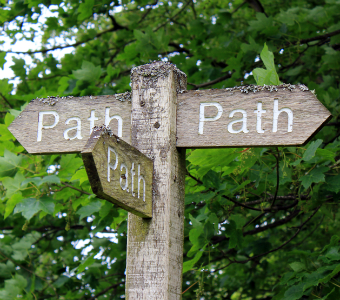 Summer 2013 will be remembered in Bulgaria for the growing cacophony of anti-government street protests. Thus, as I read throughout the summer a string of accounts from Bankwatch EU Funds colleagues about how the programming processes for 2014-2020 EU Funds were panning out in their countries (and feeling a bit frustrated at my own lack of updates), not surprisingly – and chiefly due to the protests – very little was happening with Bulgaria’s own ‘efforts’ to get ready for the end of year programming deadline.

During the period April-August, practically nothing structured took place, or at least nothing was visible to civil society groups ‘engaged’ in the EU Funds programming process.

The working groups that are supposed to elaborate the new operational programmes, and that involve NGOs, had no meetings. From time to time, of course, came news of high ranked people in the state administration – people responsible for the EU Funds – being fired. But this is to be expected when governments change in a country like Bulgaria.

A single event, aimed at presenting our country’s draft Partnership Agreement (PA) with the European Commission came almost by surprise in June – NGOs were, needless to say, invited to take part in it a day or two in advance. The invitation found most organisations unprepared to react or participate, and no discussion materials were sent in advance.

Then in August, again suddenly, a new draft of the PA was submitted to the Commission. Of the previous, first draft, the Commission had had difficulties to mention anything positive, but this August update was duly accepted as the basis for the current ongoing negotiations.

My interpretation is that there has been some progress in the PA text, but there is still a lot to do. Meanwhile, for many of the involved people at the state administration level, the ‘acceptance’ of the PA text seems to have delivered the message: “It’s a fine document – the work is over”.

What’s in the Bulgarian Partnership Agreement for EU Funds 2014-2020?

The PA document does, notably, begin by presenting a relatively good analysis of the problems and deficiencies that have to be targeted in the country – including numbers that have never been systematically presented to the public before, and tending indeed to confirm that Bulgaria is still anchored to the bottom of the EU member state league table for economic and social development or environmental legislation.

For example, the analysis reconfirms the critical, debilitating mono-centric development of the country (the ‘Sofia-and-all-the-rest’ model) that has seen our capital city alone benefitting from political and budgetary steroids for decades.

Also, serious structural discrepancies are pointed out such as the over-reliance on electricity for the heating of homes, 40 percent compared to the EU average of 11 percent – a number that should be enough to ring bells about how Bulgaria urgently needs to promote not large new capacities in electricity and instead take the path of small scale, decentralised renewable energy.

A good overview of the problems connected with the national rail network and services is followed by a rather more artificial analysis of the critical situation surrounding Bulgarian roads. The upshot is that Bulgaria will continue to ask for money from the European budget for all classes of roads, even though this is at odds with the strong declaration from the Commission that roads are no longer to be a focus of infrastructure development, and that instead much more EU money is to be invested in clean transport modes – especially railways.

Then comes the second part of the document that sets out to elaborate necessary solutions via the forthcoming injection of new EU money – and here the PA draft loses coherence. An overall lack of systematic and strategic thinking via-avis targeting the problems of the country quickly becomes apparent.

Roads – despite EU sentiments broadly against ‘more roads’ – as a priority for Bulgaria is stated even more categorically. On this point, I have to say that in the working group for the development of the Operational Programme ‘Regions in Growth’ – the programme that deals with the urban environment – I have yet to receive the list of priority roads, despite officially requesting such on several occasions.

The second half of the document, moreover, is full of wishful statements – there is (be assured!) everything one would like to hear when it comes to sustainability, environment and low carbon economy.

Concrete measures are not evident all the time, but it is very apparent that where there are listed measures there are generally no targets – for example, no aspired to CO2 savings in the ‘low carbon economy’ thematic objective, no quantitative impact in any area. The impulse being set in place – one that is very familiar from previous EU Funds experience – is that projects will be dreamed up and conceived because funds are available, not the other way around: funding is to be found, and provided, in order to reward good, verifiably beneficial projects.

The listed national priorities do not even mention climate change never mind low carbon economy. And the five listed priorities of the Bulgarian 2020 strategy have tried to shoehorn in all of the 11 thematic objectives of Europe for 2014-2020 – thus there is a definite lack of ‘thematic concentration’.

Еven though rail transport is a top priority for the 2014-2020 period, there is an envisaged reduction in the rail network to “reasonable size” – and this reform fails to identify examples of rail sections that have to be cut. This term instead opens the door for disasters. When it comes to sustainable urban mobility, bike transport is mentioned only once in the entire document, leaving the impression that it is little than an after-thought – bike paths are not mentioned at all. The problem of rising car numbers is recognized, yet not a single measure to take people out of their cars by providing them with better public transportation services has been listed.

Other stand-out problems associated with Bulgaria’s PA document as it currently stands are briefly noted in turn below.

Green jobs – there, but not planned

“Putting the cart in front of the horse” is what Bulgarians say in situations such as this. Green jobs do not seem to be envisaged under the PA and in the Operational Programmes. At the same time it is to be welcomed that in the next programming period hundreds of millions of euros will be invested into the low carbon economy – yet little thought has been given as to how to tackle the lack of qualified people to implement all of these projects.

Just one example from the current EU budgetary period illustrates what can happen – low quality insulation was poorly installed in kindergartens and other public buildings, resulting in insulation falling from walls. If skilled workers are not available, quality work cannot happen and the entire push towards greater energy efficiency and renewables may be undermined because of such inauspicious starts. It is clear that Bulgaria and the eastern bloc countries as a whole are trying to escape the ‘planned economy’ – but no planning at all may be just as counterproductive.

Gas – the green-labelled fossil fuel lurking on the sidelines

The analysis alludes to the fact that the penetration of gasification in Bulgarian households is very low. I keep my fingers crossed that no instrument to support gasification in residential and public buildings will be supported, as this decade should be all about writing no new subsidy cheques to support fossil fuels.

However, as a result of energy efficiency argumentation and when changing the fuel base, gas often gets in and leaves the door closed for small scale renewable heat solutions. It is incomprehensible that companies enjoying such huge profits – like the gas companies – are still entitled to pursue EU public money.

The need to improve energy efficiency in buildings – as the greatest untapped potential for energy savings – is, it has to be said, well established and iterated in the PA document. This, though, is somewhat undermined by the lack of specific targets for such measures.

The PA document acknowledges that Bulgaria continues to landfill most of its domestic waste – with a five percent increase in recycling between 2010 and 2011, the country has started to recycle seven percent of its domestic waste. Nevertheless, very few municipalities have adequately structured plans and systems for the separation of waste and waste prevention and recycling.

Compounding this is that the PA completely fails to recognise the target for construction waste recycling which is 70 percent by 2020 – in the entire document this target is completely absent.

As is being proposed, and this is a phenomenon blighting the future EU funding programmes in other central and eastern European member states too, many of Bulgaria’s economically backward regions that are afflicted, post-crisis, with shockingly high unemployment rates (especially youth unemployment), look set to be once again pretty much frozen out from receiving an equitable share of EU money that would be highly welcome in such tough times.

Meanwhile, some of the country’s bigger urban areas are engaging in their traditional lobbying fight aimed at securing as much of the Brussels pie as possible. With such budget battle lines drawn, it is inevitable that attention will be focused on sorting out these high level debates – Bulgaria’s less developed regions don’t stand a chance, and will be left with crumbs once again.

Green public procurement does receive a few mentions in the PA – as an instrument that will be used considerably to reach sustainability goals in the new programming, and to turn the spending of the EU money into a model process. Yet, at the same time, Green public procurement rules have not been adopted as obligatory, or even as highly recommended, in any of the operational programmes, despite a number of attempts from NGO coalitions that have pushed for such.

Unfortunately CLLD is not being envisaged for urban areas, the reason being – disappointment with the approach from past experience in rural areas. This is a strange logic given that the cities concentrate much more developed human resources and capacity to manage projects, and cities are exactly where the approach can be implemented much more successfully.

A work very much in (slow) progress

Overall, the PA is thus far only a basis for talks, and a lot more work is crying out to be done.

With much negotiating emphasis seemingly being placed on budgetary items such as roads, it appears that most of the progressive ideas remain out of sight for the new programming period. Bulgaria, as far as I can see so far, is determined to keep repeating, if not multiplying, its old EU Funds programming mistakes.