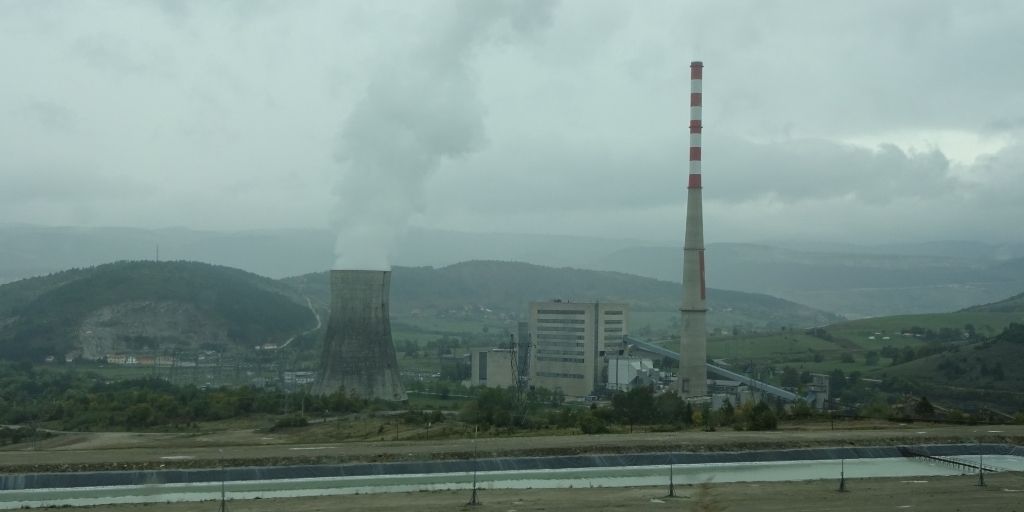 In February 2020, Montenegro introduced a cap-and-trade scheme in which the minimum price of CO2 was set at EUR 24 per tonne. Free emissions allowances were allowed for energy intensive industries and coal power plants, which included all three relevant plants in Montenegro: the Pljevlja coal plant, the KAP aluminium plant and the Tosčelik steel mill.

On the positive side, the funds collected (once auctions finally started) were to be paid into the Eco Fund and used for renewable energy, environmental protection or innovation in line with Montenegro’s smart specialisation strategy.

Flawed from the outset

In general the scheme was well-received, as it was the first in the region, so Montenegro scored points for trying. However, already from the beginning, CAN-E spotted a couple of problems:

Allocating free credits for KAP was also questionable in state aid terms, because it has been subject to bankruptcy proceedings since 2013, though this would need a more detailed examination.

In April 2021, after a change of government, the scheme hit the headlines. It turned out that it had enabled a transfer of around EUR 17 million from state-owned electricity company EPCG to the ailing KAP aluminium plant in February 2021, just before the new government changed the leadership of EPCG. The new leadership reportedly asked the Supreme Prosecutor to look into the case.

What had happened was that the baseline emissions for deciding on the number of free allowances for KAP and Tosčelik had been set according to the production levels of 2005-2008, which were 2-3 times the levels in 2020-2021.

At the same time, despite supposed limitations of its operating hours under the Large Combustion Plants Directive, the Pljevlja coal plant ramped up its operating hours in 2020, making use of a newly opened undersea cable to export electricity to Italy, so it needed more emissions permits to allow it to continue operating illegally.

The European Commission Decision in force when Montenegro set up its scheme did indeed set 2005-2008 as the reference years for baseline data. However it also clearly said in Article 7 that where production levels had significantly changed, data on the changed operation should be used as the baseline. Montenegro ignored this part, arguing in the Decree that they wanted to incentivise the plants to raise their production to previous levels again.

Ambiguities in the legislation

The arguments used by the new EPCG management in the media about what should have been done differently showed they did not understand carbon trading very well, but also exposed ambiguity in the Decree. For example, the Decree stated that the minimum price of allowances was EUR 24 but it was not clear whether this applied to prices in auctions or also trading. So it was not clear whether permits were allowed to be traded at below EUR 24 per tonne (which was done in this case – KAP gave EPCG a 5 per cent discount), or not.

It was not even spelled out explicitly whether emitters needing additional permits had to buy from other emitters with free permits or whether they could ask the government to auction new ones. It may seem obvious that no auctions should be held if there were unused permits available, but it was not spelt out. If a company bought auctioned permits, it could put the money in the environmental protection fund, which it could then benefit from for investments in eg. renewables, whereas if it had to buy the allowances from other companies, the money was simply gone. So unless it was stipulated that they had to buy from other emitters instead of buying at auctions, there was no reason to.

The fines for emitting CO2 without a permit are also very low – maximum EUR 40,000.

No changes to the system despite obvious problems

In mid-2021 the government set up a working group to carry out changes in the Decree governing the scheme, but this initiative has so far not resulted in any changes. In the meantime, however, the scheme has become even more pointless due to the fact that both Tosčelik and KAP have virtually shut down production in the meantime – whether temporarily or permanently is not completely clear.

Lessons from the Montenegro case

Positively, the income from the scheme is quite clearly earmarked and the end of free allocations for the coal plant clearly stated. But the case is a cautionary tale for other countries in the Western Balkans which are gradually developing carbon pricing schemes.

The first issue is whether there are enough installations operating in the country to make an emissions trading scheme meaningful in the medium term, or whether a carbon tax makes more sense. This should take account not only of today’s situation but what could happen in a few years’ time. Companies which are already in financial difficulties require particular analysis if plans exist for free allowances as the plans may breach state aid rules.

If a cap-and-trade scheme is chosen, it has to be ensured that the cap on emissions is tight enough and decreases in line with the 2030 ambitions needed to tackle climate change. This also means that the end of free allowances needs to be clearly defined, and rules around trading clearly defined.

Another issue, and the main stumbling point in Montenegro, is that the baseline year for emissions has to be set realistically or it will result in a surplus of allowances.

Finally, fines for non-compliance must be sufficient to deter breaches.

As for Montenegro, it urgently needs to re-start the process of updating its carbon pricing legislation in order to create a system more suited to the country’s current situation.