Home > Blog entry > The EBRD in Mongolia: Economic diversity is something else

Investment data for Mongolia illustrates that without improving the European Bank for Reconstruction and Development’s plans for the mining sector, the bank may add to the dependence on raw materials exports in resource rich countries. 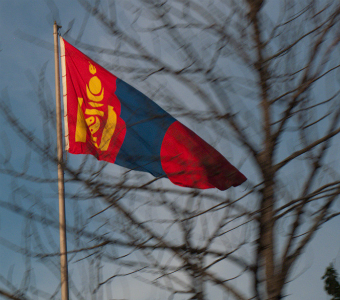 As far as we can tell, the European Bank for Reconstruction and Development has arguably not done too much to incorporate Bankwatch’s extensive and well founded (for example here) inputs on its new Mining Strategy. (Although, to be perfectly honest, we don’t know what the bank has incorporated yet, because – in line with a transparency policy that we disagree on – it refused to disclose their responses to NGO comments.)

We will discuss the EBRD’s mining operations in the European Parliament and in a live online video discussion this Thursday.

One of the risks inherent in the strategy’s current draft lies in the EBRD not contributing to economic diversification of resource rich countries, but rather to an exacerbation of their commodity export dependence (“resource curse”).

Mongolia, which has become the promised land for mining companies over the last years, is a case in point. Taking a look at the EBRD portfolio in Mongolia, the dominance of natural resources/mining becomes obvious both over the span of the bank’s operations in the country and in particular during the last two (calendar) years. (Additionally to these numbers, the EBRD is considering a loan to the gold and copper mine Oyu Tolgoi in the Mongolian South Gobi desert.)

Other problems with the draft include coal mining, protection of natural areas and more. So there is lots to discuss about the EBRD’s upcoming Mining Strategy, which is exactly what we intend to do on Thursday, September 20, in the European Parliament and later in a live-streamed video discussion. Join us!

Hosted by Reinhard Bütikofer, Vice-President of the Greens/EFA and Rapporteur on Raw Materials, European Parliament

Following the panelists’ presentations there will be a short question and answer session.

Join the discussion by submitting your questions online

The video will also be live-streamed on the Bankwatch YouTube channel.