Home > Blog entry > The new EIB transport policy: not yet ready for sustainability

On December 13, the EIB’s Board of Directors is about to approve the institution’s new Transport Policy. This new document constitutes an upgrade of the older 2007 Transport Policy of the bank which tries to incorporate the EU’s progressive agenda on the prevention of climate change (documents such as the “Europe 2020 Strategy” and the “Roadmap for moving to a competitive low-carbon economy in 2050”). 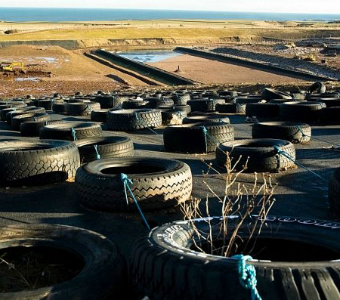 On December 13, the EIB’s Board of Directors is about to approve the institution’s new Transport Policy. This new document constitutes an upgrade of the older 2007 Transport Policy of the bank which tries to incorporate the EU’s progressive agenda on the prevention of climate change (documents such as the “Europe 2020 Strategy” and the “Roadmap for moving to a competitive low-carbon economy in 2050”). The EU’s determination to move towards decarbonising the transport sector (the EC goal is to reduce emissions from transport by 60 percent by 2050 compared to 1990 levels) is very welcome, considering that transport is the only sector in the European economy whose emissions have been growing in the past years. Transport alone accounts for about a third of Europe’s emissions.

The EIB Transport Policy has been up for public consultation throughout this year. Contributions by NGOs – including Bankwatch — and businesses, as well as the final draft of the Transport Policy resulting from this process are available here.

In its contribution, Bankwatch noted that most of EIB lending for transport between 2006-2009 went to carbon-intensive modes of transport such as air and road to the detriment of more sustainable forms of transport: out of 67.6 billion euros lent to transport by the EIB in this period, 45 percent went to road-based transportation and another 9 percent to aviation. In its recommendations to the bank, Bankwatch argued that rail, urban public transport and inter-modal transport should make up the vast majority of the EIB’s investments in each country and suggested the means to achieve this end.

Nevertheless, upon seeing the final draft of the new Transport Policy, it seems this goal has not been fully taken up by the bank in spite of rhetorical commitments to climate action and sustainability. Despite good intentions by the bank, the new transport policy fails short of constituting a real leap forward towards financing primarily sustainable transport. Transport sector is the largest lending sector in EIB however the Policy does not establish any target for sustainable transport investments, vaguely referring to a general highly unambitious Climate Action indicator set by the Bank on 25 percent level . Applied to transport lending will cause that merely a quarter of EIB transport projects will be classified as “sustainable transport” investments. This makes the EIB commitments towards EU long term climate policy far too weak.

The new policy contains some notable improvements compared to the 2007 text but also areas where it falls well below expectations. Here are the main elements of the new policy and their pluses and minuses according to Bankwatch:

– The policy paper tries to reflect for all areas of operation the need to follow the long term climate agenda of the EU; importantly, it lists a number of priority areas of investment, selected as most important by virtue of being “Climate Action projects”; in addition, the bank has established a Climate Action indicator, included in the corporate operational plan, and the number of accomplished Climate Action projects will count towards the calculation of this indicator. The Climate Action indicator has been established on a rather symbolic level of 25 percent giving EIB a huge flexibility in financing of projects which may undermine the positive outcome if its Action, like road sector.

– The most positive change in the new policy is that projects in public transport, rail, inter-modal and waterborne transport are accepted for financing by the EIB with lower rates of return relative to projects in the roads and aviation; this positive discrimination approach could indeed help to encourage sustainable investments.

– The EIB’s careful attitude to bio-fuels is worth putting on the positive side of the balance, with the policy paper reading, “The EIB… will continue to follow a very prudent approach in relation to bio-fuels, by adopting strict screening criteria covering environmental, social, economic, financial, technological and legal dimensions of the project proposals submitted”

– Good long-term intentions included in the policy document are, however, mixed with support for polluting large-scale infrastructure, such as planned massive investments into TEN-T schemes, including motorways and dozens of big airports

– The great weakness of the policy is the lack of target for sustainable transport projects, so called “climate action projects”. Thus the policy, contrary to what it says, does not “orient portfolio towards more support for the intrinsically more environmentally sustainable modes”. A reference to a general Climate Action indicator (25 percent) gives EIB enormous flexibility in financing for transport sector. Transport sector is the biggest EIB’s lending sector thus contributes significantly to EIB’s 25 percent Climate Action target. It also means that the new policy orient merely quarter of this sector lending towards sustainable transport projects.

– Hence up to three quarters of the bank’s transport lending could potentially go to support unsustainable transport modes like roads, automotive and aviation sectors.

– Unfortunately the automotive sector (production of small cars) still stays among those eligible for financing in Convergence regions despite the fact that EU policy referred to aims at phasing out cars from urban transport by 2050.

– Support for inland water transport is considered to be pro-environmental, but the need to take into account the environmental impacts of such projects when deciding about financing is not included in the policy; so the devil can still be hidden in the details.