Yesterday, the European Bank for Reconstruction and Development (EBRD) published its Transition Report for 2011, subtitled “The People’s Perspective”. This is because the study pays unprecedented attention to how regular households in post-socialist countries are managing after almost three years of economic crisis. 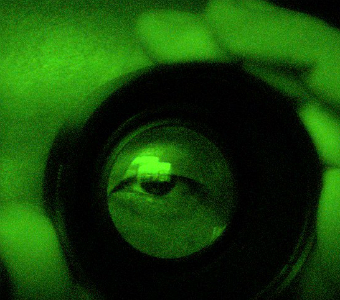 Yesterday, the European Bank for Reconstruction and Development (EBRD) published its Transition Report for 2011, subtitled “The People’s Perspective”. This is because the study pays unprecedented attention to how regular households in post-socialist countries are managing after almost three years of economic crisis.

And, as a matter of fact, people in this part of the world are not doing well at all according to the findings of the report:

(the last two figures compare to 11 percent and 4 percent, respectively, for western Europe).

The study also finds that eastern Europeans have fared much worse through the crisis than people in western Europe. According to the EBRD, this difference is explained by three factors:

I wish to look more carefully at the second factor, because social assistance has been one of the most assaulted public spending areas in central and eastern Europe during the crisis. Fiscal stabilisation packages adopted across the region have centred on austerity measures most often involving cuts in social assistance.

In this context, it is important to understand what greater value a solid social assistance system can have for a society.

Can it, for instance, help people weather times of terrible economic hardship? The EBRD study finds that in western Europe, social safety nets such as unemployment and housing benefits have indeed helped those receiving them to reduce consumption less than those not being able to take advantage of them. In transition countries on the other hand, the report finds that overall, the impact of social safety nets has been less clearly positive.

The EBRD itself is not sure what accounts for this difference, but the most likely explanation they propose is that “differences in effectiveness may have had to do with the size of benefits and the speed with which they were actually delivered” (i.e., bigger and faster aid has made a difference in the West).

The study does not go much further in the analysis of this conclusion. One could even be tempted to follow up by saying that social safety nets made little difference during the crisis in eastern Europe, hence social safety nets are of no great help in general and it is not worth burdening our budgets with them.

And indeed, the EBRD gives high grades for countries that are actually doing pretty badly in terms of human welfare these days: Estonia has taken the crown from Hungary as the top scorer in the EBRD’s transition rating. The country has a 13% unemployment rate, while the public sector, wages and pensions are being slashed.

But to think that social safety nets are ballast would be a wrong conclusion; it would ignore the fact that considerable, fast assistance has actually helped in the West. In the East, we simply do not have the luxury of observing the impact of solid, efficiently distributed aid because such help has never properly developed as a bankrupt socialist system was replaced by aggressive pro-market reforms. The EBRD data would need to be studied more, but it certainly indicates that proper social assistance can make a positive difference in times of steep economic crisis.

If we agree to this, then the recommendations at the end of the EBRD report are really puzzling. I had a look at the recommendations for Romania and Poland, the former being one of the countries taking most severe austerity measures during the crisis (cuts in salaries, freezing of pensions, cuts in subsidised medicine and benefits for the sick, incapacitated and unemployed), the latter being one of the countries to have passed through the crisis almost unscathed (so far), seeing a 3.8 percent economic growth in 2010 when most neighbouring economies were contracting.

For both countries, the EBRD encourages a reduction of social protection and state involvement. Romania is commended for progress in reforming the pensions system (i.e., reducing state support for pensions by increasing pension age and moving towards private pensions) while Poland is mildly scolded for seeing fits and starts in the reform process.

But why should the recommendations be so? If state support for the vulnerable, offered properly and on time in the West, has actually helped people during the crisis, why encourage governments to cut down on it? And, if on a global level, after having seen that only state support for the banking sector has been able to avoid catastrophe – both in the US and in Europe – then why insist so much on squeezing the state out of the economy?

During the last few years top EBRD representatives – partly as a result of the economic crisis – have increasingly recognised the role of the state, not only in regulation, but also in ensuring the welfare of the population. Take for example the statement by EBRD Chief Economist Erik Berglof from May this year:

“A strong state is needed to support nascent markets and enforce laws and regulation, and it must invest in productivity-enhancing education and health care.”

Let us now hope that such realisations will lead to more consistent support for well-run public services instead of praising countries that implement austerity measures at the expense of ordinary people without cutting the subsidies and tax breaks enjoyed by better-off businesses.