As the eurozone crisis continues to unfold, lending from international financial institutions to the banking sector must be held to the task of supporting the most vulnerable – especially the SMEs in CEE – or it will continue to perform largely unsuccessful and unchecked as it has during the crisis to date. 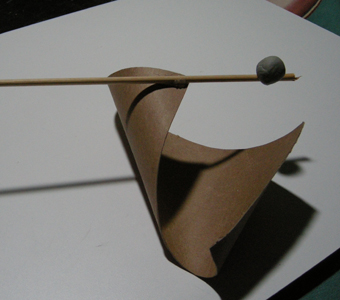 Media reports following the conclusions of the emergency EU summit at October’s end and the eurozone bailout plan focused overwhelmingly on the extent of Greek sovereign debt woes and details of whether the EFSF bazooka could deliver firepower equivalent to that of Tony Montana (it seems unlikely that it can given the poor performance of offerings to date).

Apart from a few exceptions, there was significantly less analysis devoted to the other pillar of the bailout, specifically the requirements on recapitalisation of eurozone banks, with estimates suggesting that more than EUR 100bln is needed if banks are to meet 9 percent targets by June 2012.

The implications of recapitalisation for central and eastern Europe (CEE) are severe. EBRD chief economist Erik Berglof has told the Wall Street Journal that the threat of deleveraging posed by recapitalisation (i.e. eurozone banks scaling back operations in CEE to finance their own needs) is “considerably worse” than after the collapse of Lehman Brothers in 2008.

This is because the EU summit communiqué does not define effectively enough where eurozone banks can and cannot turn to shore up their capital ratios. What the plan fails to provision for are the subsidiaries of eurozone banks operating in CEE. The region and its majority-owned foreign banking sectors are back on the chopping block.

What role will international financial institutions be given in this unfolding situation? Already there are reports that the EIB will ramp up its investments to contain a lending freeze, with some suggestions of as much as EUR 74bln in the next two years. History repeats itself though, so this should be cause for concern given the previous response from the IFIs to the financial crisis in our region.

It should be remembered that it was precisely the EBRD, EIB and the World Bank Group who were first called to arms in 2009 to contain the spread of the crisis. With their Joint Action Plan the IFIs made more than EUR 33bln available in just over two years, exceeding an initial volume target of EUR 24.5bln. An overwhelming majority of these loans were signed with the same eurozone banks operating in CEE – Unicredit, Société Générale, BNP Paribas – that are now widely expected to turn back to the region to meet recapitalisation targets through deleveraging. What now for all that bail-out money?

In their final report on the action plan, the heads of these institutions heralded that a banking system crisis had been adverted and lending to the real economy resumed, and it seemed all that was missing was the warship and mission accomplished banner.

However ‘saving’ the system in this way seems to have prolonged the inevitable for not addressing the underlying, structural issues at play here in the region. At the same time this mode of crisis response appears to have neglected the core functions and supposed value-added of these financial institutions as public bodies – that of getting financing to those who need it most in times of crisis, the small and medium-sized enterprises at the backbone of the European economy.

Our research into IFI financing for SMEs during the crisis paints a much bleaker picture. An evaluation of EIB crisis lending via its ‘global loans’, which are designed to benefit SMEs via lending from commercial banks, had an abysmal penetration rate of 0.001 percent of all SMEs in the CEE countries we surveyed. The EIB package that was designed to stimulate the SME sector of the economy appears to have provided greater stimulation to the intermediary banks who were the initial recipients of the funding – quite different than the EIB’s conclusions that it provided “a welcome ray of light in the current economic gloom.” Moreover the EBRD’s own assessment of its crisis response noted “For the EBRD to simply extend lines of credit to financial intermediaries for SME financing may not induce sufficient bank lending … the EBRD SME credit lines did not prevent the credit crunch, particularly for small businesses.”

As the eurozone crisis continues to unfold, IFI lending to the banking sector must be held to the task of supporting the most vulnerable – especially the SMEs in CEE – or it will continue to perform largely unsuccessful and unchecked as it has during the crisis to date. There needs to be much greater transparency and qualitative reporting on the results of what is actually being achieved with IFI lending to the banking sector, apart from just aggregated lending volumes.