The recently published 2015 Aid Transparency Review concludes that the European Union is off track from meeting its aid transparency commitments. Europe’s two multilateral development banks are indicative of the altogether rather disappointing outcome. 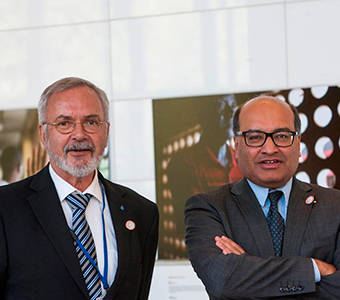 On Wednesday the transparency watchdog Publish What You Fund launched its 2015 Aid Transparency Review (pdf). While Europe’s two multilateral development banks, the European Investment Bank and the European Bank for Reconstruction and Development have improved compared to last year, they both find themselves (again) in the lower half of the ranking.

Here are some thoughts from us on how both institutions stand in terms of transparency and accountability.

The EBRD has finally committed to publish information to the IATI Standard in 2015, however it still remains at the bottom of the Aid Transparency Index in the ‘Poor’ category (for the third year in a row). In spite of the declared internal political support for greater transparency and the half-hearted realisation that the D in the EBRD’s name stands for Development, the institution is well off track from meeting modern standards on transparency and quality information disclosure.

The Public Information Policy of the EBRD has undergone three revisions in the last decade without any significant improvements. As a result it is way off the mark, still more concerned with confidentiality and disclosure derogations rather than with transparency, and clearly putting corporate interest before the public interest. By placing the greatest share of responsibility for disclosure of project information onto the client and by miscategorising projects (pdf), the EBRD excuses itself from making the necessary steps to greater transparency.

Thus it would appear that the EBRD is gearing up to jump on the Financing for Development train with a forged ticket. If timely and detailed information on the bank’s projects would be an indication of the quality of its investments, then the EBRD should go a long way in order to demonstrate that it can deliver on the Post 2015 agenda and its own unique Sustainable Development mandate.

While we welcome the European Investment Bank’s improvement in its ATI score in 2015, the bank’s ranking as ‘Fair’ does not mean it is a poster child for transparency and accountability. On the contrary, it is way off track from meeting its aid transparency commitments.

The end of 2015 is the deadline donors set themselves to fully implement the International Aid Transparency Initiative (IATI) Standard, an open data framework which allows for the publication of timely, comprehensive and comparable information on development finance. Donors agreed this target back in 2011, at the fourth High Level Forum on Aid Effectiveness.

And even more worries for the EIB’s transparency performance may be expected under its new Transparency Policy that was approved in March this year and lambasted by civil society and a European Parliament Intergroup. Before the new policy was finalised, the European Ombudsman had criticised the bank for failing to comply with its own (old) transparency policy by not providing information on an investigation into allegations of tax evasion in relation to the Mopani Copper Mine project in Zambia. Instead of taking the Ombudsman opinion into account, the EIB introduced a new exception for access to information in its new policy. This exception would allow the EIB to keep secret internal investigations into irregularities such as corruption and maladministration.

The EIB also keeps refusing other development related information. Typically, it does not disclose investment made through financial intermediaries such as commercial banks, even though this type of financing accounts for up to 40% of its lending outside the European Union.

And similar to the incomprehensive information that the EIB publishes to the IATI, the bank seems not to take its commitments to transparency standards very literally. Despite the fact that it subscribed to Extractive Industry Transparency Initiative (EITI), it refused to disclose information on the taxes paid to the Tunisian budget resulting from an EIB-financed gas extraction project in the South of Tunisia.