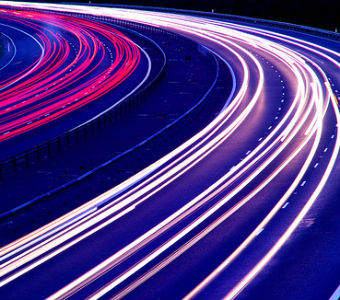 While comparatively better than other transport policy developments, as here the Commission does at least exhibit a vision of a decarbonised transport sector, the roadmap is still far from turning this vision into reality.

A few positive aspects of the roadmap to begin with:

These certainly are promising aspects, but in the overall context of the white paper the recommendations are far too vague, lacking both dedication and detail.

While the reduction targets are certainly a step ahead, they are nevertheless not binding. Consequently, real progress must come through concrete and swift reforms, and this is exactly where the Commission fails to show commitment. Action to reach the 60 percent emission reduction by 2050 is mostly postponed until after 2030. Until then the planned reductions remain at only one percent annually.

With a clear prioritisation for instance of EU funding to support low-carbon transport modes, the potential to decarbonise the transport sector could be realised much earlier. Instead the Commission envisions doubling EU air transport by 2050. Limiting fossil fuel use through a higher biofuel percentage (sustainable low carbon fuels in Commission speak) would therefore only compensate for the increase in transport. It certainly is not a dedicated move to decarbonise the transport sector, not even mentioning that the sustainability of biofuels is far from decided.

The roadmap shows a similarly blind faith in other ambiguous innovations such as public-private partnerships (PPPs), a funding instrument that all too often fails to beneficially influence cost and time efficiency, let alone project quality.

The most fundamental transport challenge however has not been answered by the Commissions roadmap for 2050. To dramatically reduce Europe’s dependence on imported oil and [to] cut carbon emissions, scarce funding has to be prioritised more strategically. Investments need to aim at a transport system that goes beyond the usual approach of developing a mass transport infrastructure. Instead, they should contribute to decreasing car dependency, noise and air pollution, urban sprawl and chronic congestion.

There is still a long way to go before Europe’s transport system is in line with EU’s goals such as combating climate change or implementing Europes strategy for sustainable development. By delaying action for nearly another 20 years the Commission does not work the switches well.