The shut down of a coal-fired power plant unit is another great success for the climate and for clean air in Romania. Many more units may have to follow according to legislation on pollution limits. 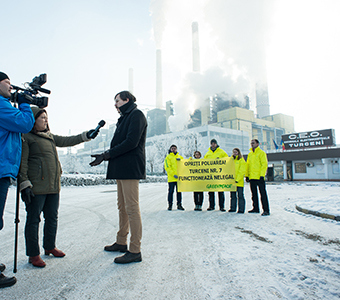 Last Tuesday, February 2, the Romanian National Environment Guard shut down Turceni unit 7 [ro] after operating in spite of the unit not complying with legal operating conditions related to pollution limits. Oltenia Energy Complex (OEC), the state-owned company managing the power plant, was also fined RON 60.000 (approx. EUR 13.000) as unit 7 exhausted the hours it was allowed to operate without conforming to emission limit values.

The decision is a direct result of pressure exerted by Bankwatch Romania and Greenpeace and has likely been expedited by the subsequent media coverage. Teams from the two organisations went to the coal power plant on 19 January to protest its operation. (Unsurprisingly, the management ignored our demands and refused to speak to us.) 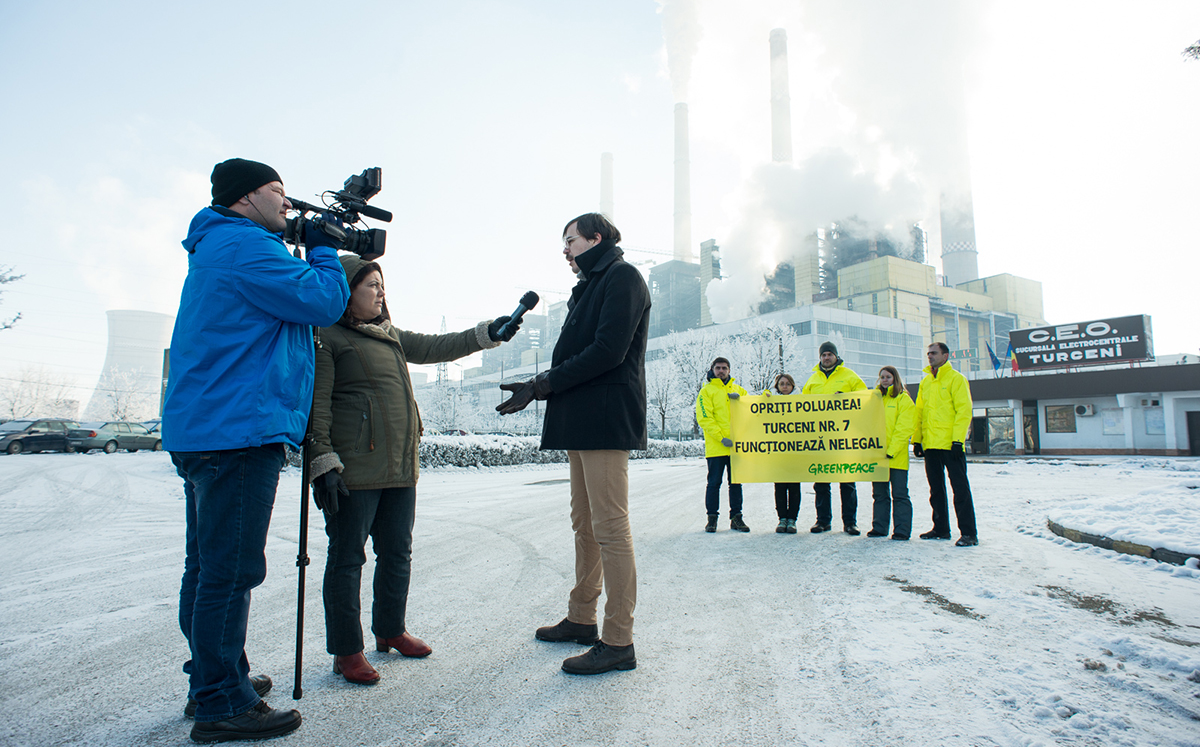 At the same time we asked the Environment Guard in a letter to inspect the unit and demand its immediate shut down.

Seven energy units have been built at the Turceni coal power plant between 1978 and 1987. Recently, they have been operating under an environment permit emitted in March 2014 by the Environment Protection Agency, which does not include unit 7, since it was supposed to stop operating since 2014.

Unit 7 was exempt from complying to emissions limits under the condition that OEC committed to only operate 20,000 hours until 31 December 2015 the latest. According to this exemption, for 5-6 years it has polluted up to 10 times more than the legal norms that are generally applicable or compared to other energy units from Turceni. The 20,000 hours were exhausted in 2014.

The decision gives us hope that the Environment Guard will make sure that all the other power plants which no longer benefit from derogations will abide to existing legislation. This applies to 41 large combustion installations, each including one or more gas or coal-fired power plant units, for which the derogation deadline ended on Jan 1st 2016. If these installations don’t comply, the Environment Guard must order them to immediately cease operation.