Ahead of a referendum in the Netherlands on the association agreement between the European Union and Ukraine, Olexi Pasyuk from the National Ecological Centre of Ukraine discusses the agreement’s importance for Ukraine’s civil society and why Europe must still improve how it engages with the country. 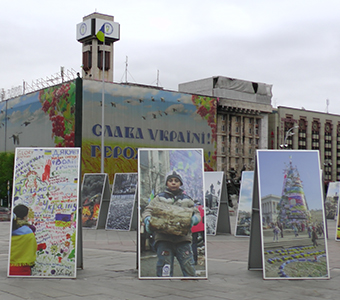 A shorter version of this article was first published in Dutch by the Laka Foundation.

Financial support provided to Ukraine by European institution is presented as a win-win project. In energy, EU projects are supposed to make Ukraine more independent and safe. The integration with the Energy Community is supposed to open new European market creating opportunities for Ukraine to export and thus improve its economy.

But no doubt, the European Union does many things wrong. In Ukraine, EU money is spent to extend the lifetime extensions of old Soviet nuclear reactors, extending the risk of a major nuclear accident for another decade or so.

In 2013, Bankwatch analysed (pdf) the EUR 1.2 billion invested by the European Bank for Reconstruction and Development (EBRD), a public institution 60% owned by the EU and its member states, into energy projects in Ukraine between 2006 and 2013. While the bank’s founding document require it to “promote in the full range of its activities environmentally sound and sustainable development” more than half of the bank’s energy investments in Ukraine for this period hardly served the purpose of sustainable development promotion. The EBRD has supported nuclear energy production and new output capacities for nuclear power plants, export-oriented infrastructure, as well as controversial initiatives in the renewable energy sector.

Ukrainian governments, one after another, fail to start reform of the energy sector away from the centralised energy system based on Russia-dependent nuclear energy and outdated dirty coal-fired power plants. Twelve reactors reach the end of their 30 year lifetime still in this decade. The operating company Energoatom plans to extend the lifetime of all units for at least another 10 years. Four units already received licences for their extended operation.

The plan requires investments to retrofit the reactors. The EBRD and Euratom have jointly provided Ukraine with EUR 600 million of European public money to enable the process in a project dubbed “nuclear safety upgrade programme”.

It is rather obvious, however, that keeping old reactors working longer is not the best way to improve nuclear safety. To achieve more safety, it makes far more sense to help Ukraine decommission these power plants, improve its energy efficiency and increase the country’s renewable energy share.

In the attempts to support Ukraine European institutions were not very critical of the projects presented by Ukrainian government for funding. The due diligence covered only the impacts of the project itself, without the reference to other initiatives or to the bigger picture in the sector. As a result, Ukrainian companies and the state continue proposing old projects, designed for the energy system during Soviet times which had a very different logic and different standards than today.

Among such dubious projects are large scale hydro pumped storage plants, designed to use energy during times of low consumption and to release it at moments of peak consumptions. Planned for an energy system that is based on a few big energy producers it had to compensate lack of flexibility of the nuclear power. Implemented today, these projects are freezing Ukraine’s energy system in the 1970th. Instead, the EU should be supporting projects that look into the future of the modern energy sector – decentralised with millions of players in the energy system which act as consumers and producers in the same time.

Does this mean that disengagement with Ukraine and an absence of EU institutions will improve the situation? I doubt it. Public pressure on the EU and the EBRD to turn Nuclear Safety Accounts into Decommissioning Funds and EU Accession process allowed making Europe a safer place by closing down high-risk reactors in Lithuania, Slovakia and Bulgaria.

But energy investments aside – human dignity, freedom, democracy, equality, the rule of law and respect for human rights – these values are embedded in the EU treaties. This is what EU means for Ukrainian citizens. This is the reason you have seen hundreds of thousands of people at Maidan Square in 2014. And these are the values that young men with wooden shields against machine guns died for in the streets of Kyiv. It will be fair for Dutch citizens to give Ukrainian society a chance to build society based on proclaimed EU values.

The alternative looks very grim. My work is about seeing the negative impacts of European financing in countries to the east of Europe all the way to Central Asia. I know very well how the alternative to the ‘European choice’ looks like. Those are states where human well-being and human rights have no space. Sometimes appealing to European representatives and politicians is the last hope locals have in their attempt to restore their rights in the conflict with a corrupt state. And sometime asylum in European countries is the last chance to save their life or freedom.

There is no civil society to raise social or environmental issues or to control the state. Obvious critical remarks towards the state or even local officials can cost your health and freedom. Just one well-known example is Evgen Vitishko, a Russian environmental activist who was punished with three years in a penal colony for presumably spray painting the fence of a local governor’s summer house – an illegally built house that local law-enforcement officials refuse to recognise.

But there are many more cases that never got any publicity and have to stay quiet to avoid jail. Twelve years ago I have visited Uzbekistan for the first time and started to cooperate with a dozen of human rights and environmental activists. Today there is no one I can work with there as people either flee the country or stop any activism because it became too risky. More than that, in today’s Tashkent you could get detained for showing up on a street with a bike.

No matter what criticism the European establishment faces these days, the limits to and abuse of citizens’ freedoms in Europe cannot be compared to those in the former Soviet Union.

Civil society in the EU should realise that preventing the Association Agreement between the EU and Ukraine will first of all destroy the effort of the most active and committed citizens in Ukraine that are fighting for European values of civil liberties and human rights. There is a need to accept the fact that without the Association agreement this active Ukrainian society will be suppressed and eventually our country will return to being a colony of Russia where no space for nonconformity exists. An association, on the contrary, will bring to Europe a lot of committed activists to cooperate in improving EU structures.

It is not the introduction of the EU’s legal requirements or free trade that has the main benefit for Ukrainian people. It is the feeling that they are part of building a fair society based on proclaimed European values and that Europe extends the European motto “united in diversity” to include them.

I have heard the argument that the EU is no better than Russia, but those who know what it means to live in Russia or Central Asia would not make such statements. But even if Ukrainians are wrong about the level of freedoms in Europe, association with the EU is just a symbol that for them means rule of law, human rights and power for citizens to influence their own life. It will be incredibly ironic if this wish to build a fair state will be destroyed by the ‘Nee’ of similarly minded people in the Netherlands.