After a hectic start to public discussion about Ukraine’s reconstruction in Lugano, here we are again, trying to come up with some tangible results after the Berlin conference but without success. What is lacking in the conversation on Ukraine’s reconstruction, and how can the countries and partners put their money and attention where their mouth is? 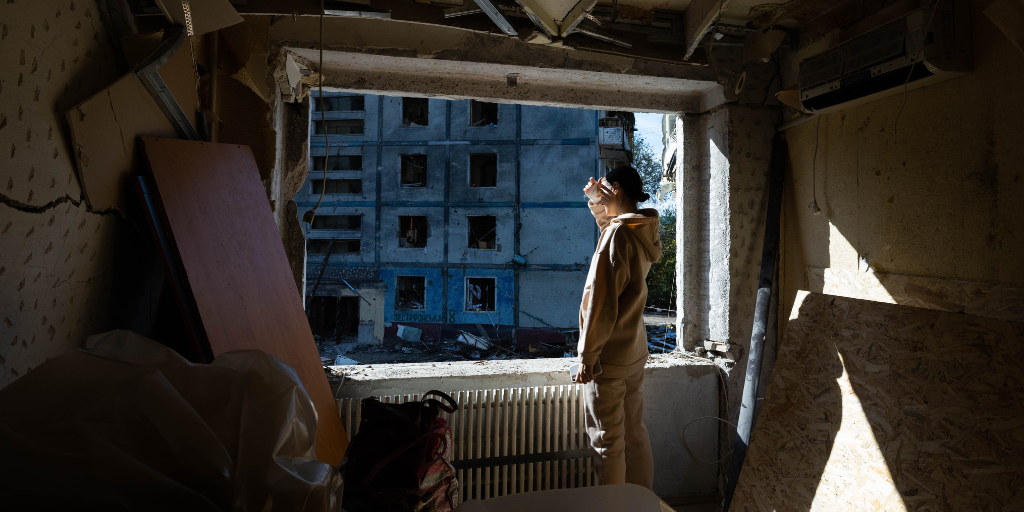 Since May 2022, when the European Council tasked the European Commission with designing the ‘Ukraine reconstruction platform’ to streamline international effort to rebuild Ukraine, no progress has been made. At the Ukraine Reconstruction Conference in Berlin in October 2022, Ursula von der Leyen, President of the European Commission, reiterated the same pledge without elaborating on the issues that have caused frustration among crucial shareholders in the process – civil society organisations in Ukraine and internationally.

The objectives of the latest Berlin conference were formulated around how to involve different sectors and actors, how to map investment needs, how to coordinate action, and, of course, how to channel resources in a reliable and accountable way. Yet these objectives, set by one of the conference’s organisers, the European Commission, were not achieved. The discussions were primarily centred around ‘what?’, not ‘how?’, postponing answers for another occasion – maybe even until the next donor conference, which will take place in summer 2023.

On the other hand, Ukraine’s government should keep abreast of the decisions taken regarding the Reconstruction Fund as well. Ukraine’s prime minister proposed the concept of a ‘financial Ramstein’, which became a new buzzword following the meeting, as one way to do this. This proposal would most likely consist of regular decision-making meetings resembling those of the Ukraine Defense Contact Group (the ‘Ramstein’). Yet there is no clarity if Ukraine’s partners would support such a format.

Sleepwalking into ‘build back as it was before’

This year, COP27 has already shown that the leadership of the developed world envisions Russia’s full-scale war on Ukraine as an impetus to accelerate decarbonisation, not an excuse to ease green transition. Ukrainian civil society organisations and their partners in other countries should have a seat at the negotiation table to prevent fossil fuels from being allowed under the RebuildUkraine reconstruction plan.

Delivering on the previous achievements

Since Ukraine has become an EU candidate country as of 23 June 2022, the country’s reconstruction will be closely linked to closing the sectoral chapters of the accession process. The European Commission’s civil servants have been working with the Ukrainian government since 2014 when the parties signed the Association Agreement: this means there is a certain institutional memory to build on in the reconstruction and accession processes.

The European Commission – more precisely, DG NEAR, a dedicated Support Group for Ukraine and the EU Representation in Ukraine – already constitutes the key coordination and institutional mechanism to monitor the EU-Ukraine Association Agreement. To avoid additional coordination burden and further slow-down of the procedures, the future Ukraine reconstruction fund secretariat should be integrated with the already established workstreams. On the Ukrainian side, aligning the reconstruction and EU candidacy workstreams will motivate Ukrainian civil servants and further the professionalisation of Ukraine’s institutions.

The question of who should lead in coordinating the donors has been discussed many times recently, and several parties would have a say in it. Still, the European Union constitutes the most stable counterpart when it comes to long-term commitment, which post-war reconstruction is. The US policy towards Ukraine may change depending on the country’s leadership, adding one more argument to keep the EU at the head of the reconstruction coordination platform.

At the implementation level, a bankable, EU-candidacy-aligned national reconstruction plan should receive the green light from the wider group of Ukrainian stakeholders and recognition from civil society. While Ukraine lays out its own plans, it is necessary to set up an inclusive overall planning process for those plans and aligning it with EU goals and priorities.

Ukrainian state bodies sometimes provide contradicting messaging, which is understandable due to the effort dedicated to defending the country against Russia’s military aggression. However, if we want to be ready to deliver changes swiftly upon Ukraine’s victory in this war, forward-looking thinking and partnership should be at the core. This is where the experience of EU agencies and civil society might be helpful, but civil society should have inclusive communication channels, equal opportunities, and a fast pace if it wants to influence decision-making. The European Code of Conduct on the Partnership Principle may provide insight into how to implement public involvement from all stakeholders’ perspectives. There is little point in waiting until next summer’s donor conference in the UK when we can have all hands on deck now, hammering out solutions that will serve Ukraine’s green, people-centred reconstruction.