For safety reasons, Europe must help the Ukrainian government retire, not revive, its nuclear reactors. (This commentary originally appeared on Project Syndicate.) 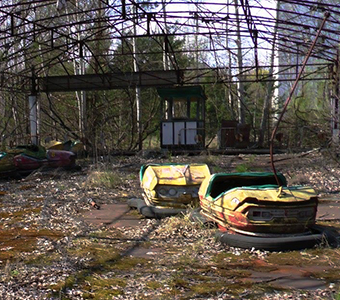 In 1983, the Soviet Union inaugurated two nuclear reactors in what is now Ukraine. One of them, unit four at Chernobyl, experienced an explosion and fire three years later that released large quantities of radioactive particles into the atmosphere – a catastrophic accident whose effects are still being felt far beyond Ukraine’s borders. The other reactor, unit one at the South Ukraine Nuclear Power Station, remains in operation, though all indications suggest that it should be retired.

The prolonged operation of unit one and the country’s aging nuclear power plants probably would not have been possible without financial support from European taxpayers, delivered through the European Bank for Reconstruction and Development and the European Atomic Energy Community (Euratom) as part of a €600 million ($650 million) “safety upgrade” program. In defiance of both the Convention on Environmental Impact Assessment in a Transboundary Context (the Espoo convention) and the EBRD loan agreement, the program was undertaken in the absence of any consultation with Ukraine’s European neighbors. 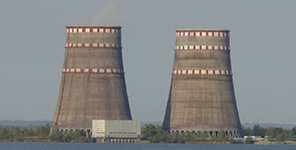 Images and reporting from a Bankwatch fact-finding mission to explore the state of nuclear safety in Ukraine.

Thanks to these efforts, the South Ukraine plant was granted a ten-year lifetime extension permit in 2013 by the State Nuclear Regulatory Inspectorate (SNRIU). But, according to a comprehensive study released last month by the National Ecological Centre of Ukraine (NECU), the assessment on which this decision was based was deeply flawed. In fact, the unit one reactor suffers dangerous vulnerabilities, with observed wear in some areas already exceeding tolerable levels by a factor of ten. Such vulnerabilities, the study warns, could result in a nuclear emergency, including a release of radioactive particles inside the unit – or even into the environment.

This is hardly an isolated case. Three of Ukraine’s nuclear power units are currently operating beyond their design lifetime, with nine others set to reach the end of their intended lifetime within the next five years. Most immediately, unit two in South Ukraine will reach that point in less than three weeks, meaning that the SNRIU must now decide whether to grant that unit a 20-year lifetime extension.

The SNRIU will make this critical decision without key information about the health and environmental risks that the reactor poses to Ukraine and its neighbors. Though this contravenes Ukraine’s responsibility, as a signatory to the Espoo convention, to carry out a cross-border environmental-impact assessment (not to mention missing the opportunity to consider potential alternatives to continuing the reactor’s operation), no such analysis is expected to take place.

Last month, campaign groups in neighboring countries wrote to their representatives at the EBRD, requesting that the bank suspend its support for revitalizing Ukraine’s nuclear power plants until a cross-border assessment is carried out. A similar letter, signed by CEE Bankwatch Network and 45 other environmental NGOs from across the region, had already been sent to the European Commission’s Directorate-General for the Environment and the European Union’s director at the EBRD.

But, even with such an analysis, Ukraine’s nuclear regulator would be in no position to guarantee the safe operation of aging nuclear units. Not only is its professional capacity dubious, as the NECU study highlighted; its independence has been dramatically curtailed by the government’s recent decision to reduce significantly regulatory obligations for businesses and state-owned companies (except with regard to taxation). As the EBRD acknowledged in February, the SNRIU is now prohibited from taking the lead in conducting safety inspections, which is in breach of the EBRD loan agreement conditionality.

This is to say nothing of the immediate threat posed by the ongoing military conflict with Russia-backed rebels in the Donbas region of eastern Ukraine. Beyond the obvious risks associated with instability, there is the fact that Ukraine depends on Russia not only for most of the fuel to run its aging reactors, but also for the treatment and storage of most of its spent fuel. In other words, Ukraine’s dependence on nuclear energy, which accounts for about half of its electricity generation, has increased its strategic vulnerability to Russia.

That alone should be enough to convince Ukraine’s government not to perpetuate their country’s reliance on this insecure and dangerous energy source. If it is not, the 29th anniversary of the Chernobyl disaster, commemorated this month, should serve as a stark reminder of how much damage a nuclear accident can cause.

Ukraine should take its reactors’ expiration dates as an opportunity to pursue a safer, more sustainable energy future. Given that this would also be in Europe’s interest, EU governments and citizens must do whatever it takes to support this effort. It is a long-term commitment, but one for which there may not be a lifetime extension.