Activists from the environmental NGO Ecoclub from Rivne, Ukraine are facing defamation charges after they raised warnings about a planned wood processing facility near the city. The group alerted the public to a host of potential negative environmental impacts the facility might have, which has started construction in the village of Horodok, in the Rivne region, in Ukraine’s northwest. 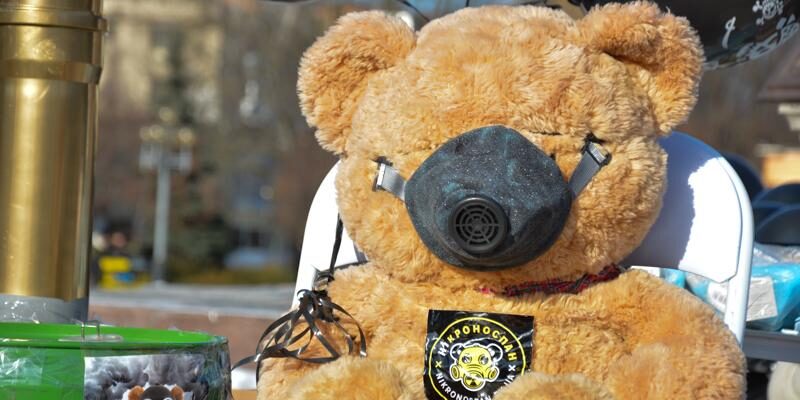 Photo from a protest at a February rally in Rivne, Ukraine against Kronospan Credit: Vladislav Martynchuk

The charges against Ecoclub were filed by ‘TECHNOPRIVOD INVEST GROUP’ LLC, which is owned by  Kronospan, an Austrian company with a particularly controversial track record. The first court hearing is scheduled for Monday, April 13.

Kronospan has enjoyed generous financial support from the European Bank for Reconstruction and Development (EBRD). Although the planned Horodok facility is not financed by the EBRD, over the past 17 years, the bank has awarded Kronospan more than a billion euros for at least 11 other projects in Romania, Russia, Belarus and Ukraine. Many of these projects have been associated with environmental pollution and the suppression of local civil society.

In 2019, the EBRD issued a statement that it will not tolerate retaliation or any type of coercive practices of its clients against project affected people and stakeholders. Indeed, the facility in Horodok is not financed by the EBRD, but the numerous investments in Kronospan raise questions about the company’s corporate policies with regards to stakeholder engagement.

In addition, it calls into question the effectiveness of the EBRD’s due diligence process for corporate clients. This process is supposed to assess the ability of potential borrowers, let alone a long standing strategic partner such as Kronosopan, to live up to the bank’s social and environmental standards, including policy requirements concerning public participation.

The EBRD has agreed with Kronospan Ukraine to invest EUR 75 million in the company’s facility in the Volyn region, and EUR 41 million for the company’s balance sheet restructuring. At the same time, Kronospan is planning to invest EUR 200 million from foreign direct investment in the Horodok wood processing factory, its second in Ukraine.

In February 2020, the regional authorities approved the Horodok facility’s  environmental impact assessment (EIA), but an analysis released by Ecoclub found Kronospan’s factory could exceed the allowed levels of formaldehyde concentration in the air. The environmentalists also raised concerns that toxic waste from the plant could be sent to local municipal landfill and that the EIA lacks a study of alternatives.

During a meeting with the representatives of the company and authorities, local people questioned the land acquisition for building the plant as well as its timber supply. In addition, they argued that public consultations preceding the construction have been flawed. For example, the meeting invitations were published in unpopular local media and people were asked to vote at the meeting, which is not required at public consultations in Ukraine.

Kronospan is operating in 24 countries, and it is far from the first time its operations have been associated with problematic practices. A 2018 report published by the NGO Earthsight revealed that Kronospan and Swiss-Krono ‘have continued to purchase large volumes of timber from Ukrainian State Forestry Enterprises whose top officials are the subject of ongoing criminal corruption probes’.

In 2013, Kronospan started the construction of a facility in Ufa, Russia, without public consultations and without obtaining permission. In February 2020, 30 residents from the region Egorievsk, home to another Kronopsan facility, took the company to court over the plant’s alleged environmental pollution.

Kronospan was also fined for polluting the Viliya river in Belarus in 2015-2016. In Romania, the company was fined multiple times between 2004 and 2015 for breaching environmental regulations. In addition, Kronospan’s formaldehyde production plant in Sebes was built without an EIA and prior permit, in breach of EU law, according to a warning issued by the European Commission in 2010.

Kronospan’s activities have also been harming the environment in the UK, Poland, Bulgaria and the Czech Republic. And many of these cases – which involved manipulation of emissions calculations, the use of outdated technologies, corruption and illegal logging – have been uncovered by local activists.

In one case after another, Kronospan’s environmental offenses were met with public outcry including petitions, blockades and pickets. Most recently, in January 2020, residents of Horodok, Obariv and Rivne staged a demonstration to protest the company’s plans to build the wood processing factory in Horodok.

Similarly, the lawsuit against Ecoclub isn’t the first time Kronospan has sued its critics.  The company lodged similar lawsuits against environmental defenders in Romania, but dropped it later.

Thus, we call on the EBRD to address the risks of human rights violations resulting from the operations of Kronospan Ukraine, and to ensure the strict implementation of its non-retaliation policy framework. Affected communities in Ukraine have a right to safely raise their concerns, and the EBRD has committed to provide the space for this through its investments.

“Kronospan wants to make money by polluting our air and consuming our forests. However, when we simply compare the expected pollutant levels taken from the EIA Report with the safe concentrations, Technoprivod Invest Group went to court trying to collect money out of Ecoclub ‘due to damage to business reputation’. Local residents who will breathe formaldehyde from the planned enterprise expect completely different behavior from a responsible investor.” – Andriy Martynyuk, Executive director of Ecoclub