It was ten in the evening on 17 December when my colleague and I arrived in Pljevlja, Montenegro. Although we could feel the smell of burnt coal already while driving there, the minute we set foot out of the car, the air was stifling. “This place remin 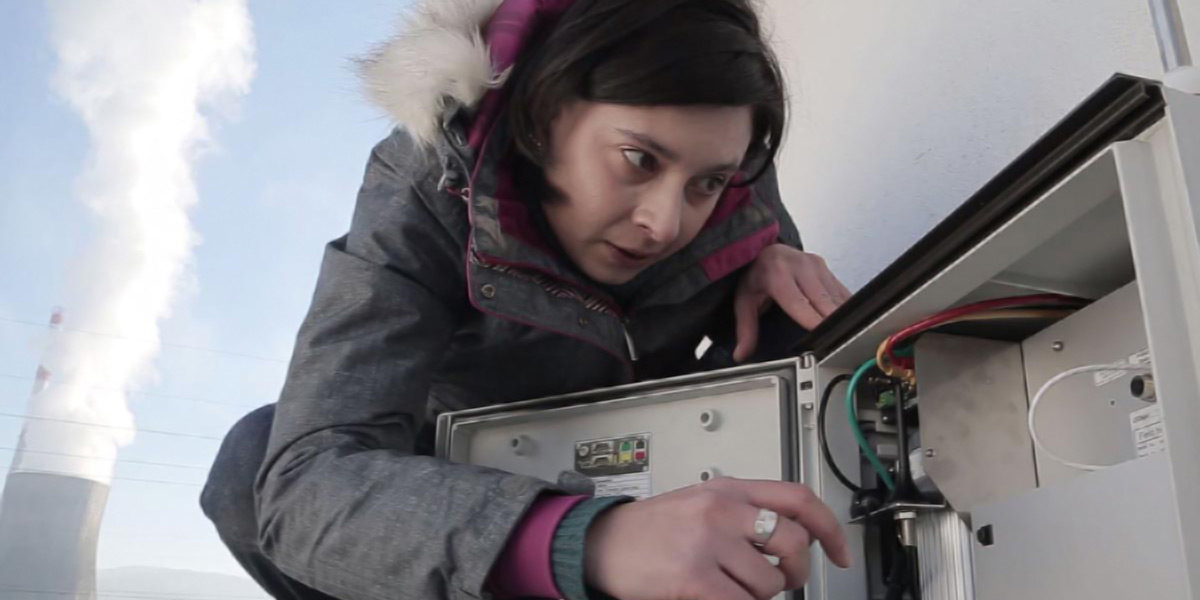 Installing the dust monitor in Pljevlja

It was ten in the evening on 17 December when my colleague and I arrived in Pljevlja, Montenegro. Although we could feel the smell of burnt coal already while driving there, the minute we set foot out of the car, the air was stifling. “This place reminds me of childhood, it smells like in your grandparents’ house when the chimney was stuffed and all the smoke came inside. Only this is outside”, he said, with a scarf pulled over his nose.

We travelled to Pljevlja to install our environmental dust monitor, which will independently record the particulate matter (PM 10 and 2.5) levels for at least the next month. We were apprehensive that this month would be some of the worst pollution we’ve seen.

Air pollution in Pljevlja has led to protests in many forms: residents lining up to form the letters SOS, visible from high above, and oversized electricity bills featuring the heavy health costs of coal displayed in the town square.

Now we are able to report on just how bad the pollution is in this little town in northern Montenegro, home to the country’s only lignite power plant.

This graph shows the average PM 10 and 2.5 levels over a 24-hour period. The EU limit on PM 2.5 was exceeded on 29 of the 35 days observed, or 83 per cent of the time. The EU’s directive on air quality, which has been transposed in Montenegrin legislation, does not allow for any exceedance of the PM 2.5 limits.

The PM10 daily average was breached on 21 of the 35 days observed. Over the course of one year, the PM10 limit may be exceeded no more than 35 times. With half of winter still to come, and locals’ observation that air quality doesn’t improve much during the rest of the year, it is inevitable that more than 14 days will exceed PM10 limits.

This graph of hourly measurements shows high PM10 peaks, with the highest recorded on Christmas day eight in the morning, at 294.15 micrograms per cubic metre. Similarly PM 2.5 levels spiked on a number of occasions and are on average above the EU annual limit more often than not. The highest levels of PM2.5 recorded came on 13 January between midnight and one in the morning, standing at 238.85 and 206.16 μg/m3 , respectively.

The high PM2.5 levels are particularly worrying, because these particles are lighter and so penetrate deeper into the lungs, causing greater respiratory damage in long-term. PM2.5 also stays in the air longer and can travel farther: while PM10 particles remain in the air for minutes or hours, PM2.5 particles can stay in the air for days or weeks. Whereas PM10 particles can travel from as little as a hundred metres up to 30 kilometres, PM2.5 particles can travel up to many hundreds of kilometres. PM2.5 levels are not however monitored by government monitoring stations in Montenegro, so even though the locals can feel that the air is bad, there is no way to tell exactly how dire the situation is.

Air pollution in Pljevlja is caused by the nearby lignite power plant and the domestic use of coal and wood for household heating. There are no plans in the immediate future to tackle the pollution, and the long-term solution offered by the government is to construct yet another unit at the lignite power plant. It claims that this unit would produce heat, and the town would be connected to a district heating system. However, there is no separate project to back this claim, so no reason to believe this would ever materialise. The same promise was made 35 years ago when the first unit was put into operation.

A new air quality action plan is desperately needed for Pljevlja, one that provides heating options that do not rely on burning fuel. It is also high time that local authorities start planning for a transition away from coal, including in electricity generation. Technology is advancing at a fast pace, surely plans for the energy sector can keep up.