With the United Kingdom, another major shareholder of the European Bank for Reconstruction and Development is divesting from coal overseas. What does this mean for the upcoming decision on the EBRD’s energy strategy? 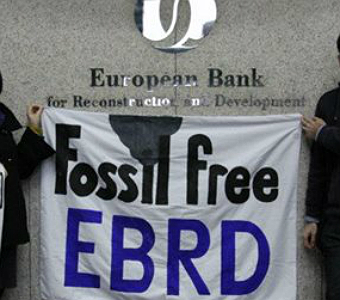 The UK government yesterday announced that it would “end support for public financing of new coal-fired power plants overseas” at a press conference on the sidelines of the UN climate change conference in Warsaw.

“It is completely illogical for countries like the UK and the US to be decarbonising our own energy sectors while paying for coal-fired power plants to be built in other countries.”

This adds yet more pressure on the European Bank for Reconstruction and Development whose new energy lending strategy will be agreed in December and which has been criticised (pdf) for not including strict limits on coal lending in its draft strategy document (pdf) published in July.

The UK joins the United States and five Nordic countries in ending supporting for overseas coal plants, potentially swaying the political balance of board discussions on the strategy as the two are among the bank’s largest shareholders.

Also growing number of financial institutions have announced a divestment from coal and environmental organisations and climate campaigners have urged the EBRD to follow other public lenders, in particular the European Investment Bank in scaling up its restrictions on the dirtiest of fossil fuels.

Either the EBRD could follow the UK approach and halt all investments in coal fired power plants outright or introduce a strict Emission Performance Standard at a level of 350 gCO2/kWh that would all but eliminate support for coal projects. This is a necessary step to help leave sources of CO2 in the ground, a need that was reiterated this week by a group of scientists (pdf) who said that nearly three-quarters of fossil fuel reserves – especially coal – must remain unused to avoid a global temperature rise above 2 degrees Celsius.

The case to quit coal at the EBRD is even stronger when considering how little finance for combatting the effects of climate change actually goes to its countries of operation. A recent interactive publication from the Climate Policy Initiative shows that central and eastern Europe, Central Asia and the Southern Mediterranean receive the smallest share of global climate finance at only about 5 percent in total. 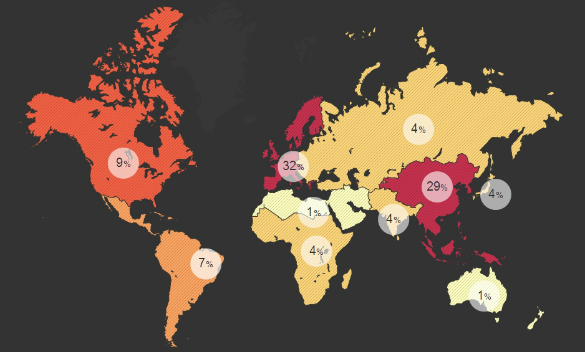 Without decisive action to divest from coal, the EBRD is in danger of being left behind by other public and private lenders. Its new energy strategy must be a genuine commitment to the environmental and climate imperatives, rather than only the financial bottom line.