Biodiversity offsetting in the European Union would be a dream come true for some investors – and a nightmare for nature. 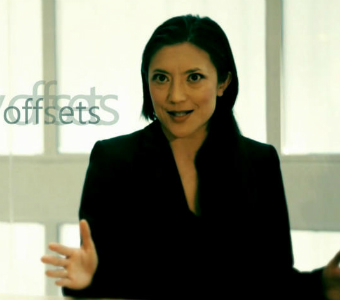 Our friends at Counter Balance (together with FERN, Re:Common, World Development Movement, and Carbon Trade Watch) have today launched a campaign against the EU’s plans to allow biodiversity offsetting.

Biodiversity offsetting allows developers to destroy nature as long as they pay for its replacement somewhere else – it amounts to a licence to trash. From a perspective of nature protection the concept is just plainly absurd. The practice doesn’t take into account the complexity of certain ecological systems and is full of technical loopholes. How, for example, should ‘nature’ be compensated for disturbing an endangered lynx population in Macedonia in their reproductive area? How could the bill be settled if the lynx population was to disappear altogether?

Satire seems the best way to bring this point home, which is why the campaign kicks off with the video mockumentary below.

To help preventing biodiversity offsetting in Europe, you can respond to the EU’s public consultation before 17th October 2014 and sign a letter to the EU at http://naturenotforsale.org/letter2EU

Biodiversity offsetting makes dreams come true. It is the license that can make bad developers’ dreams a reality. Across the world offsets already justify the destruction of irreplaceable ecosystems to make way for mining projects, motorways, pipelines …

Tell the EU that nature is not for sale by responding to their public consultation before 17th October 2014 and sign our letter to the EU at http://naturenotforsale.org/letter2EU