As multilateral development banks and national governments in Glasgow debate how cities should reach climate neutrality, they should not overlook the role of effective citizen participation in shaping cities’ future. Activists from Kyiv who successfully fought to protect unique wetlands are an example of how important it is to involve citizens in creating a better future. 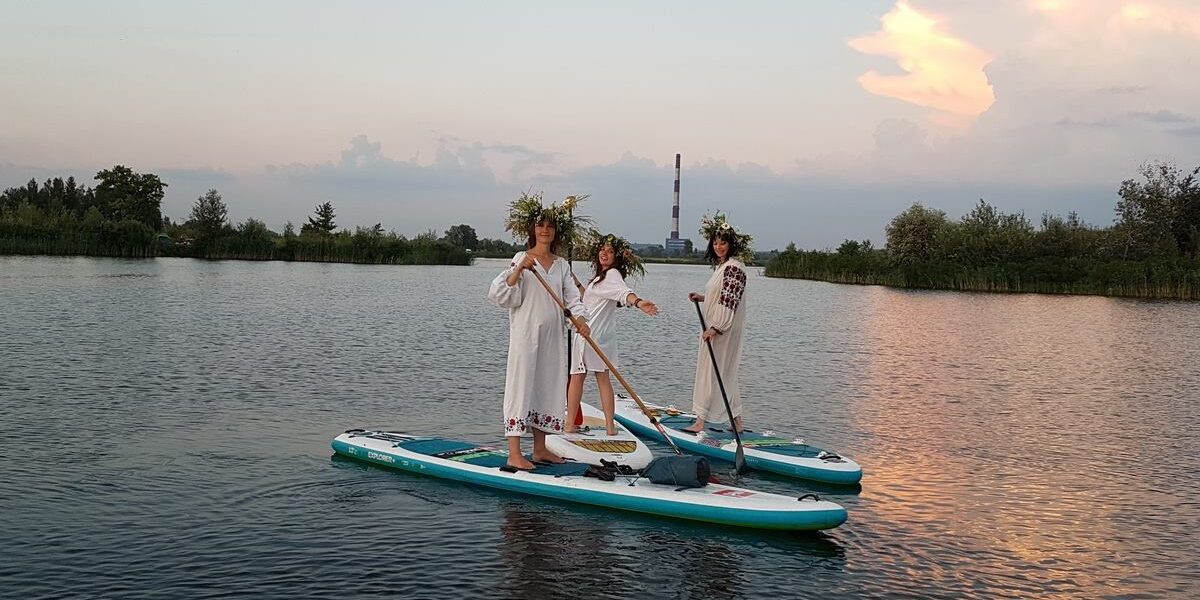 The cities we have nowadays were shaped by big industries and governments, with little concern for what citizens want their city to look like. We ended up with cities that are often polluted, unpleasant to live in and in total produce three quarters of global greenhouse gas emissions. Local residents care about what cities they and their children will live in and are often eager to get involved in initiatives to shape their cities’ public spaces. Yet municipalities and investors still fail to listen to citizens’ voices.

Kyiv is no exception. The European Bank for Reconstruction and Development’s (EBRD) Green Cities Facility funded the development of a Green City Action Plan (GCAP) in Kyiv which aims to help the city deal with environmental issues and adapt to climate change. This process is a chance for Kyiv’s residents to influence the way their city will develop in the upcoming 5 to 15 years, as the draft of Kyiv’s GCAP is available for public comments and contributions at different stages of the process.

Activists who united around Kyiv’s Osokorky Wetland Park are an example of how citizens can use the GCAP process to increase support for their cause and fight for green spaces in their cities.

The story began in 2015, when more than 300 residents of the residential districts Osokorky and Pozniaky united and established an NGO to fight against planned construction on a unique piece of untouched natural wetlands – Ecopark Osokorky. Soon after, ‘Save Ecopark Osokorky’ became one of the first successful petitions on the website of the Kyiv City Administration. The City said they were making steps to implement the demands of the petition, but in the end failed to stop preliminary construction works, endangering the park.

‘For activists, at some point, it became evident that reaching out to local and national level policymakers [was] not working to save the park from illegal construction. So, we started international advocacy’, said Anna Adamchuk from the organisation Ecopark Osokorky. Activists sent letters requesting support from international organisations and scientific communities that work to preserve natural resources and save biodiversity, such as the Wildfowl & Wetlands Trust and business associations, such as Widenmoos.

According to Adamchuk, Ecopark activists learned about the public survey on prioritising Kyiv’s environmental issues that was conducted during the drafting of the GCAP. ‘The information about the project was not easy to find in the public domain. Same went for the contacts to receive more information’, added Adamchuk.

In recent months, about 80 letters have been sent on behalf of the group to the EBRD, a team of GCAP consultants and the Kyiv authorities. As a result, the preservation of Osokorky Wetland Park was mentioned in the draft Kyiv GCAP as a measure that can mitigate the impacts of climate change in the city. In addition, thanks to Ecopark activists, ‘green zones’ became one of the GCAP’s priority areas. Conservation of wetlands was also added to the draft.

Activists have ambitious plans and ideas, such as establishing an Ecocenter and teaching children about natural resources and saving the environment. The Ecopark team says there are investors who are interested in the projects, but since the territory is disputed they have hesitated to make financial commitments.

Kyiv’s administration, however, is not hurrying to approve the spatial planning documentation that would formally establish Ecopark, and the construction company claims that it has a right to build on this area. Activists, however, say that the territory is not eligible for construction due to closeness to the wetlands and the risk of flooding.

Ecopark Osokorky is a great example of a citizen initiative to save urban green spaces, and inclusion of the park in the Kyiv GCAP would be another step towards saving the park. Would city authorities, the Bank or the consultants who drafted the GCAP even be aware of the parkwithout local activists?    Activists see the preservation and development of the Ecopark not only as their right, but also as their duty as citizens, to take care of their public space for themselves and their children. If city authorities and international investors viewed engaging citizens in local decision-making as their duty, we would probably have much greener and much more climate resilient cities.

Have your say on the future development of Kyiv by commenting on and contributing to the draft Kyiv Green City Action Plan.

Ecopark Osokorky is a unique natural and historical heritage site stretched along the entire left bank of the Dnipro River, from the mouth of the Desna River far to the south beyond the boundaries of Kyiv. This area is home to endemic animals, birds, and plants. From among 170 bird species inhabiting the Ecopark, 21 species are included in the Red List of Ukraine, three are listed on the European Red List (the greater scaup, the grey partridge and the northern lapwing), and one species (the corn crake) is included on the List of the International Union for Conservation of Nature (IUCN). Seven animal species and four flower species inhabiting this area are included in the Red Book of Ukraine, and many more are protected by the Bern Convention and are under special protection within the area of the city of Kyiv. Kyiv may obtain the Wetland City Accreditation of the Ramsar Convention if its urban wetlands are protected; most of these are located in Osokorky Wetland Park. Read more here.