More than ever before, the European Investment Bank (EIB) has to step up its climate finance game. 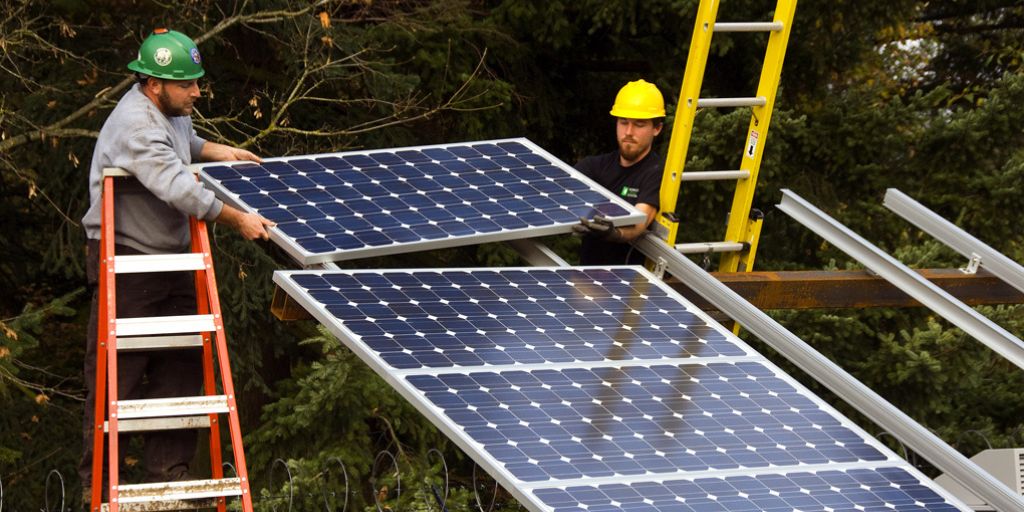 More than ever before, the European Investment Bank (EIB) has to step up its climate finance game.

With European determination to phase out the import of Russian gas, oil and coal, the EU’s financial arm is expected to play an important role, particularly under the European Commission’s REPowerEU initiative.

In the face of both war and a worsening climate crisis, EU public finance needs to be fully mobilized to help expedite the decarbonisation process.

In November 2020, the EIB adopted the ‘EU climate bank’ moniker, pledging to align all its operations with the Paris climate agreement. Now, as the global energy map is being redrawn, the Bank needs to help accelerate Europe’s shift away from fossil fuels.

In fact, the Commission has already announced it intends to work with the EIB to step up support for energy efficiency, renewables and electricity networks via grants, loans, technical support and other instruments.

When EU finance ministers meet on Friday (17 June), in their capacity as governors of the EIB, they need to ensure that the Bank’s transformation into ‘the EU’s climate bank’ has no strings attached. No asterisks and no exemptions.

In the name of so-called diversification of energy sources, political pressure is mounting to expand the EU’s fossil gas import infrastructure. But if the EIB is to live up to its commitment to no longer finance fossil fuels – in force since the beginning of 2022 – it needs to resist any attempts to use EIB money to enable any oil, gas or coal projects. There must be no turning back to fossil fuels.

There is reason for serious concern. A new analysis by Counter Balance and CEE Bankwatch Network released today finds that during 2020-2021 the EIB handed out €7.4 billion to companies operating in the fossil fuels industry such as EDF Group, TotalEnergies, Eni and Orlen even if in most cases for development of renewable energy and electricity transmission and distribution. Out of this, €2 billion went to companies heavily dependent on coal for electricity or heating. Even though the EIB will ask such borrowers to present decarbonisation plans, in reality they will not have to commit to any specific short-term actions nor coal phase out deadlines.

These investments, in both the energy and transport sectors – if they do not end up as colossal stranded assets as the EU ratchets up its climate and energy targets – could bog down Europe’s effort to cut greenhouse emissions.

The upcoming midterm review of the EIB’s energy policy has to close all remaining loopholes that could allow for EIB money to support fossil gas projects.

Instead, the EIB should use its financial clout to drive the implementation of energy efficiency programmes, the deployment of heat pumps and the rapid expansion of renewables – with a focus on community-led and small-scale projects – across Europe and beyond.

In January 2021, EIB President Werner Hoyer told reporters that ‘gas is over.’ This bold statement, coming from the head of the world’s largest international public lender, was symbolic for the fight against continued fossil fuel financing. It is essential that EU finance ministers, as governors of ‘the EU’s climate bank,’ restate this commitment and instruct the Bank to redouble its effort to put Europe on a new, sustainable energy path.