Billions of euros of European funds will be invested in Poland between 2014 and 2020 under the heading of sustainable development and climate action. But without sound strategies and political will to decarbonise its economy, Europe’s biggest coal addict is set to waste the transformative potential of EU money – and Brussels is letting it happen. 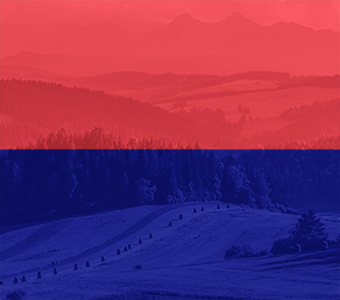 A new Bankwatch study, launched today, looks at how nine central and eastern European countries are set to spend billions of EU funds until 2020 that are meant to transform the carbon-intensive, inefficient energy systems of their countries.

On our blog today, Polish campaigner Julia Krzyzkowska comments on her findings from Poland and its regions. Stay tuned for other countries following this and next week.

Set to receive as much as 80 billion euro in total from the different Cohesion Policy Funds until 2020, Poland remains the biggest EU funds beneficiary. It’s hard to overstate the significance of EU-funded investments for the Polish economy.

With increased investments in public infrastructure and support for businesses since joining the Union in 2004, the quality of life of many Polish citizens improved significantly. Poland has become a poster child for macro-economic development, with the economy growing even through the years of the financial crisis. Much of this growth is owed to financial transfers from the European budget, with EU funds amounting to more than 50 per cent of public investments between 2009 and 2013.

Yet spending EU money has not always gone hand in hand with the pursuit of European laws – particularly those regarding climate and energy commitments. According to a 2013 study by Client Earth, only one out of eleven EU climate and energy directives was transposed on time in Poland. While benefitting from billions of euros in financial transfers, Poland has opposed any European attempt at more ambitious climate action, and continued to lend political and financial support to coal-mining and fossil fuel-based energy generation at home.

A Bankwatch analysis launched today of Poland’s (and other countries’) 2014-2020 investment plans for European Regional Development and Cohesion Funds paints a disappointing, though not entirely unexpected picture. Despite the European Commission’s efforts to put environmental sustainability and climate change mitigation at the core of its Cohesion Policy regulations, the situation on the ground is far from ideal, and the current national investment plans for EU funds will rather sustain Poland’s current resource-intensive development model and its heavily coal-dependent economy.

With an ageing and increasingly obsolete fleet of coal power plants and an energy intensity of the economy that is twice as high as the EU’s average, Poland today faces growing problems with energy security and air pollution caused by both industrial and household fossil fuel energy generation. Billions of euros of European money could be the impulse to replace chimneys with innovative, low-carbon solutions. But for that, we need political will. And equally important, we need clear guidance and careful oversight from the European Union.

Yet as the Bankwatch study shows, Poland’s plans for spending its 80 billion euros favour high-emissions transport over low-carbon solutions, hard infrastructure over natural methods of climate adaptation, and a traditional, centralised fossil fuel-based energy system over smart, distributed solutions where energy efficiency is always put first and citizens can actively participate in shaping the energy market. 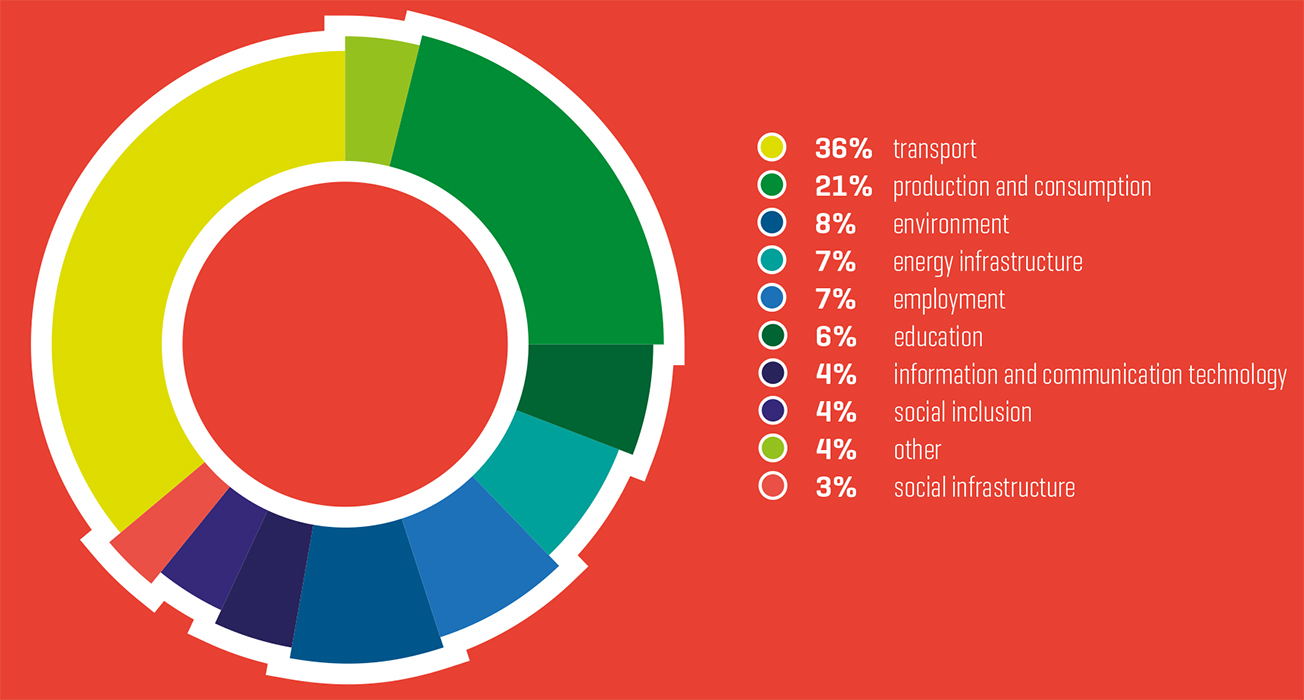 The cycling path to low-carbon development

The potential is there. Following the EU-mandated division of funds, the “shift to low-carbon economy” is an investment priority included in each of the 16 regional strategies to receive financing from the European Regional Development Fund. Almost 9 billion euro has been allocated to finance interventions primarily in the sectors of energy and low-emission public transport.

Graph: Allocations under Thematic Objective 4: ‘shift to the low-carbon economy’ 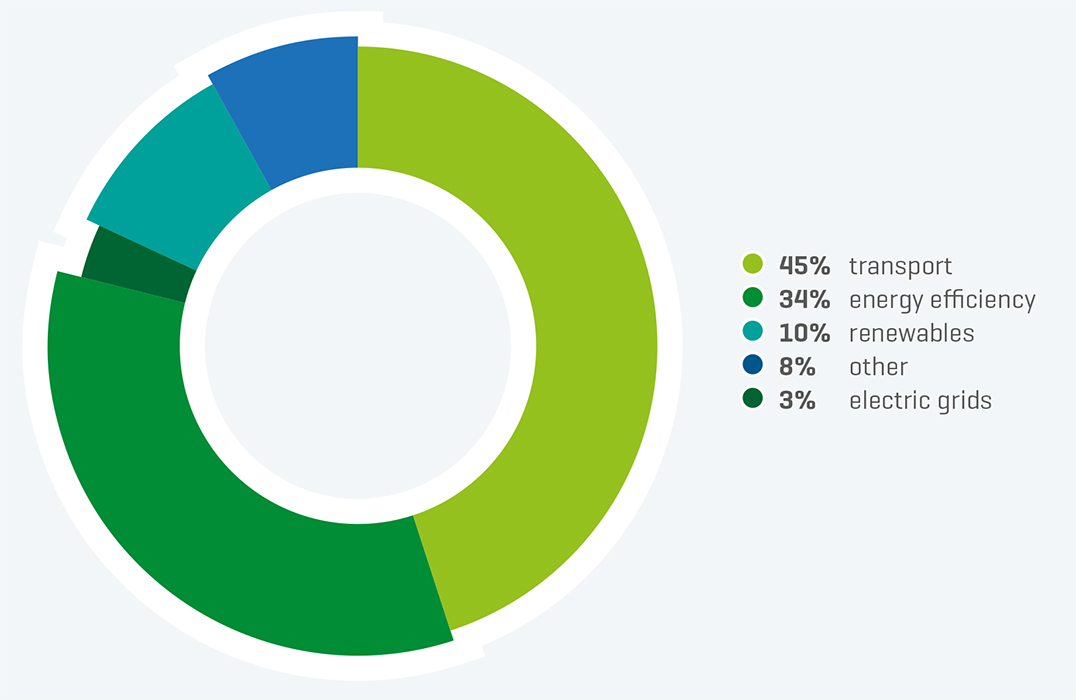 There is no doubt that this amount of public financial support will help leverage significant investments – but to move away from fossil fuels, the emphasis should be put clearly on energy efficiency, clean energy technologies and smart distribution. Instead, public transport infrastructure, will consume 45% of total allocations. While recognising the importance of clean public transportation for the development of Polish regions, such division of funds is pitting different priorities against each other, shifting the focus from transforming Poland’s obsolete energy system to purchasing fleets of low-emission buses or tramways. In some regional strategies, paving foot and cycling paths will receive more funding than investments in renewable energy.

More than semantics: low-carbon vs. low-emission

Across all official documents, the Polish translation and equivalent of ‘low-carbon’ is ‘low-emission’ – a move which seems to be indirectly legitimising the continued use of more efficient and less polluting fossil fuels, under the umbrella of sustainable energy solutions. This shift goes deeper, shaping attitudes towards climate-friendly changes in the economy and contributing to Poland’s stubborn reliance on coal.

While the National Action Plan for renewable energy (pdf, pl) estimates that approximately 6.2 GW of additional renewables capacity is necessary for Poland to reach its Europe 2020 renewables target, Polish programming documents aim at approximately only 960 MW of new capacity supported through EU funds. This number is not just unambitious – it can very well be a big missed opportunity for the Polish regions.

Małopolskie and Podkarpackie regions will use their regional funds to directly pay for coal, by offering financial support for replacing old individual coal-burning stoves with new, more efficient and less polluting coal-based installations. The rationale here is the urgent problem of air pollution in those regions. The source of money will be an EU funds investment priority on air protection measures. 40% of the money spent on burning coal in individual stoves will fall under the climate action earmarking.

Residential buildings left out in the cold

The building sector is the single most energy-consuming area of the economy, responsible for approximately 40% of final energy use. The total allocation to energy efficiency in buildings at EUR 2.1 billion is sizeable and significantly higher than the EUR 500 million earmarked for this purpose in the previous period 2007-2013. However, leaving aside the fact that experts estimate that tens of billions are needed for modernising Poland’s housing sector, the arguably biggest potential for energy savings will remain largely untapped even with the 2.1 billion available.

Residential housing is responsible for approximately 30 per cent of all energy consumption of the Polish economy. Despite the potential to achieve significant savings and curb energy poverty through energy efficiency measures in residential houses, Poland allocates only approximately EUR 788 million compared to EUR 1.3 billion for improving energy standards in state and municipality-owned buildings, whose share of energy consumption is no higher than 10 per cent. Even worse, there are no EU funds allocated to retrofit Poland’s five million single-family dwellings, which amount to approximately 80% [pl] of all residential buildings in Poland and house more than 40% of the population.

Graph: Energy efficiency allocations according to type of beneficiary 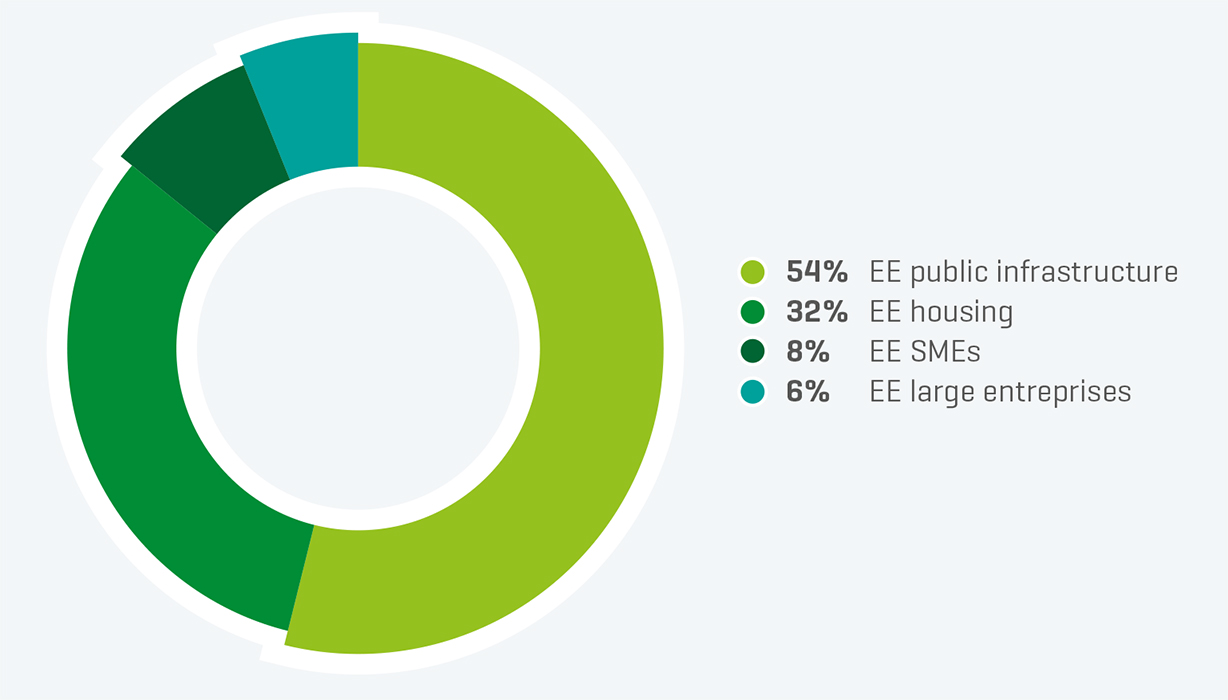 Based on its comprehensive analysis, the Bankwatch report draws a simple conclusion. Just as money must always follow political decisions to make them reality, even billions of euros in investments will not be enough to bring about the transformation of an energy system without a strong foundation of political commitment to climate action. This commitment is still missing in Poland – and it seems to be one of the few things that money cannot buy – putting the clean energy transition just out of reach.