The proper financial management of EU funds is important to avoid fraud and illegitimate spending. Yet more important is the quality of the funded projects. 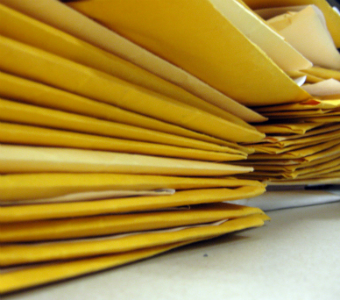 In their annual report (published today), the European Court of Auditors found that (pdf) “Cohesion [Policy], energy and transport was the most error-prone EU area of EU expenditure, with an estimated error rate of 7.7%”.

There are two ways in which this finding can be interpreted and both are reasonable to some extent: On the one hand, it’s a clear hint in the direction of EU Member States to do their homework and learn how to handle proper public procurements. Many EU funded projects, particularly in new member states, are not exactly transparent in the selection of contractors, which raises legitimate concerns about the effective use of these huge amounts of public money.

On the other hand, some of the irregularities will also be an effect of the still high and often unnecessary administrative burdens for Cohesion Policy accounting – an issue perpetuated at both EU and national level. (Anyone who has managed an EU funded project knows the amount of paper work requested and the strain this can put on human capacity.)

Recognising these burdens, the European Commission has in its legislative proposal for the future Cohesion Policy eventually proposed to simplify these procedures in order to release some of the burden from the implementing authorities.

This indicates, in my view, a step in the right direction: move away from the focus on accounting, and instead focus on results.

This is good and necessary to make Cohesion Policy eventually efficient and effective, but it also requires setting the right priorities for what’s to be financed. To discuss the latter, Bankwatch and other environmental organisations will meet this month with representatives from the EU and from Member States and regions.

Our event Green investments to the rescue will examine in which investment fields future EU funds can foster sustainable regional development, secure long-term jobs in green sectors and help achieving EU objectives in the areas of climate, biodiversity and resource efficiency.

It remains to be seen whether EU Member States and the authorities implementing cohesion spending are more interested in (the reduction of) accounting procedures or in making Cohesion Policy what it should and could be: a strong instrument to help Europe become a sustainable economy.