Home > Blog entry > Why no Trans-Adriatic Pipeline (NO TAP), here or elsewhere

This article first appeared on the Re:Common website. It was the end of February and the scene is Baku, the capital of Azerbaijan. During an official meeting, the Italian government was severely criticised for the considerable delays in the constructio 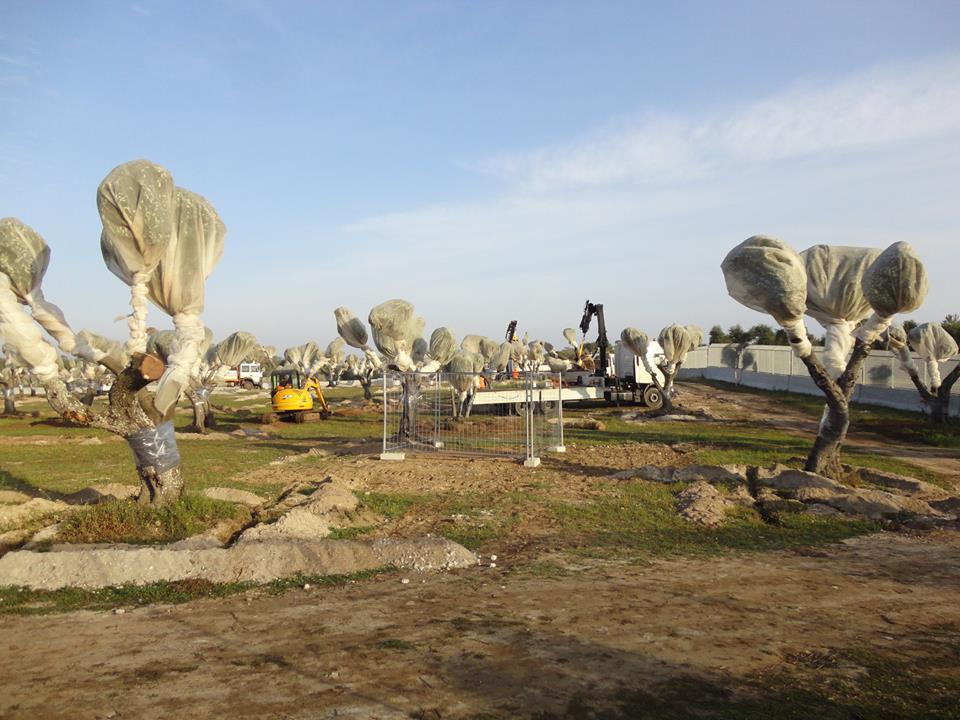 Olive trees on the contested area where the Trans-Adriatic Pipeline is supposed to be built. (Photo by Comitato No TAP.)

It was the end of February and the scene is Baku, the capital of Azerbaijan. During an official meeting, the Italian government was severely criticised for the considerable delays in the construction of the Trans Adriatic Pipeline (TAP), part of the Southern Gas Corridor.

With his tail between his legs, the Italian Minister for Economic Development, Carlo Calenda, declared that Italy would soon move forward with the pipeline construction. Calenda’s words sounded as a clear attempt to patch things up and reassure the banks – who are still to decide whether to grant the loans required by the Consortium- as well as the Azeri government and other international partners such as the European Commission.

Rather than seize this opportunity and prevent a project which will be a black hole for Italian and European public finances, the government chose to send hundreds of police to Melendugno, in the countryside of Salento, to defend the uprooting of olive groves to make way for the pipeline. This was despite lacking all the necessary permits to carry out such works.

While the inhabitants of Melendugno and Salento physically opposed the passage of vehicles in the field the mayors wearing tricolor sashes negotiated the suspension of the works with the police and the local government representative. Even the Governor of the Puglia region – Michele Emiliano – publicly denounced in a post on Facebook the removal of the first 211 olive trees (out of the 1900 to be “moved” in total) as illegal, and his statement rapidly spread in the news.

After three days of interventions, the mayors’ negotiations succeeded and the local government representative asked the company to suspend their operations. He also called the Italian central government to further verify the operations‘ compliance with the required permits, questioned by the inhabitants and the local authorities. As a consequence, the operations were temporarily stopped, but the central government’s consultation resulted in a renewed go-ahead for the company, who then resumed the removal of the trees.

But the protestors have not given up: just the night before the operations were supposed to start back, they put up stone barricades to block the access to the work site, making the continuation of the uprooting impossible. At the same time, as the situation echoed in the national and international news, more and more people expressed their solidarity with the protest, which now sees a solid front of around 500 supporters overseeing the construction site.

The works have not advanced since then, and are now officially interrupted again, due to a suspension of the permit by the Italian Ministry of Environment. The renewed temporary suspension was decided by court, following an appeal by the Puglia regional government which will be discussed in a hearing on April 19.

We stand in support of the No TAP Committee and the population of Melendugno and Salento against this unnecessary project. We believe it will do great, permanent damage to the areas where these communities live, as well as to the Italian and European citizens who are called on to fund this project.

Already in 2014, several months prior to the approval of the environmental impact assessment of the pipeline, we made clear the reasons of our opposition to the TAP project, which you can read here. Today, three years from 2014, and after more than four years of public campaigning and initiatives to expose the many negative aspects of this project and the deep gaps that are apparent in its economic and financial sustainability, we believe it is right to reiterate our NO to this mega project.

To those ten reasons stated previously as to why we stand against it, we can today add that:

TAP is not strategic

Oxford University has questioned the extent of the gas reserves in Azerbaijan. One of the members of its energy research team was interviewed during the Italian investigative tv program “Report” (RAI3 channel), which recently shed light on some of the dodgy deals concealed behind the Southern Gas Corridor project. The Oxford study can be consulted here.

Turkey has already signed an agreement with Gazprom to build the Turkish Stream. This will carry Russian gas to then be sold in Istanbul and to the European market including through the Trans-Anatolian Natural Gas Pipeline (TANAP) which is part of the Southern Gas Corridor. Greece has also signed an agreement with Gazprom for another pipeline that would connect to the TAP. The head of TAP in Italy, Michele Elia, has confirmed reports that his company is interested in selling gas, without being concerned about the actual source. This is not in the interests ofthe private citizen who actually pays for the construction of the pipeline.

Azerbaijan and Turkey are two countries that in recent years have seen an escalation of repression by the State towards journalists, activists, intellectuals, and lawyers working in the defence of human rights. These countries are experiencing a profound crisis in their democratic structure, where hundreds if not thousands of political opponents have been arrested and where the ruling elites change the laws in their favour to weather the bad times, in violation of democratic principles.

Martial law is still in place in Turkey, while in Azerbaijan the latest reforms promoted by President Ilham Aliyev will allow him to be re-elected potentially forever, his son to become President despite his young age, while his wife has recently been appointed as vice President.

In this scenario, how can we believe that there may be independent oversight as to the construction of the project, or how the lands are acquired? How will European public funds for the project be managed, knowing that we are speaking here of billions of dollars?

From 2014 we have studied and compared our findings with activists, experts, and journalists from the different countries involved. We have visited over two-thirds of all the 870 kilometers of pipelines, and we have talked to the people whose lives will be impacted by the work – not only in Italy, but also in Greece and Albania.

We found that beyond the propaganda about “strategic importance” and how various executives point to define the pipeline as “a project of national priority” as well as of European interest, the reality is that families along the route have been imposed upon by this “pipe”, with little consideration of the direct harm it will cause them as a consequence.

Entire communities will see their economy distorted by not only the construction but also the future cohabitation with industrial personnel and equipment, which will be highly invasive. The project also potentially bears high industrial risks (including explosions) according to the standards established by the Seveso legislation, an EU law to guarantee safety for sites containing large quantities of dangerous substances, Many claim that in the TAP’s case this law has been bypassed, and even today this remains a controversial point. Different administrative appeals on the issue have been presented in Italy and Greece.

It is opaque and non-transparent

We do not feel at all reassured as to the real interests behind this project of 45 billion euros. We have made several requests for access to documents to the public institutions involved, organised public meetings at which the European Commission did not want to participate, asked specific questions to the TAP Consortium from which we haven’t had replies, sent letters to the European Investment Bank from which emerged the lack of due diligence around the project. For example, has anyone actually seen the TAP Consortium 2016 budget for the project? Has anyone read the agreement signed by the Italian Government with the TAP Consortium?Perhaps the Minister Calenda should seek to make this agreement public, so that today everyone could make their own assessment of the situation.

There is no gas – we do not need the pipeline

The European Commission has been knee deep in negotiations with Turkmenistan in persuading the government to sell its gas to European markets through the Southern corridor.

The talks, which began in 2011, foundered and Turkmenistan has begun construction of another pipeline that faces East, the TAPI. Without the gas from Turkmenistan, what exactly is the Southern Corridor? Selling Russian gas maybe? But do we still need this gas in Europe, following the collapse of gas consumption since 2009? We do not think so, and we believe that true independence from Russia will not be built on fossil fuels, including gas. The construction of the European gas market has nothing to do with our energy security and the future we want to build.

We believe that the European Commission should thank the resistance to TAP in Italy and the invaluable work of the experts and of persons and organisations that in recent years have spent time in achieving clarity on this project, which has consequently been found to be useless as well as harmful.

It makes no sense to build the TAP, not in Melendugno, nor anywhere else.