On 10 October, Russia started multiple missile strikes on cities across Ukraine – from Kharkiv in the north-east to Lviv located close to the Polish border. Although Ukraine’s cities are still vulnerable to potential damage resulting from Russia’s aggression, there is a clear need for rebuilding critical infrastructure to allow people to move around and help those that have been displaced return home. 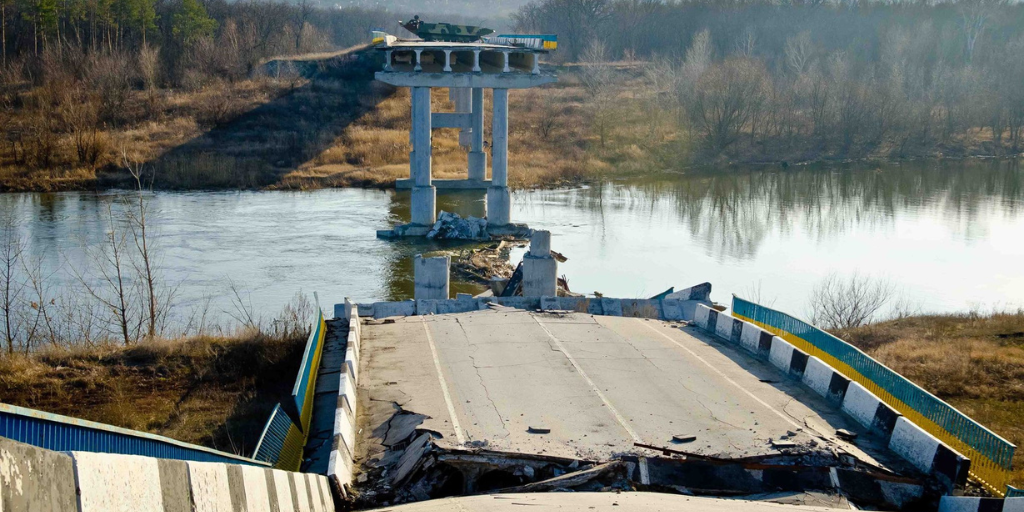 For this reason, each attacked or liberated city has immediately started recovering its transport infrastructure. However, to successfully rebuild this infrastructure, municipalities are in dire need of financial support.

As of 1 June 2022, the country’s transport sector needed an estimated USD 74 billion, which is the highest amount needed in any of the major sectors for reconstruction, according to the World Bank’s Rapid Damages and Needs Assessment. These numbers would be even higher in the light of the recent events.

Ukraine’s 2030 National Transport Strategy envisages a full transition to electromobility. Private cars are the biggest polluters in Ukrainian cities, responsible for as much as 84 per cent of air pollution. Despite that, low-carbon transport was not a priority for the Ukrainian national and municipal governments before the war started. This tendency has also been visible during the ongoing reconstruction efforts. In May, the Kharkiv’s city council allowed the partial dismantling of the tram line to extend traffic lanes for cars. So far, only five cities have developed and adopted sustainable urban mobility plans (SUMPs) to raise the attractiveness, safety and security of walking and cycling.

The Draft Ukraine Recovery Plan: Recovery and development of infrastructure presented in Lugano on 4-5 July 2022 also does not sufficiently address electric urban transport, cycling and charging infrastructure for electric vehicles. On the contrary, the plan is centred around automobile traffic, supporting further dependency on fossil fuels and funnelling money into the road sector. According to Ukrainian transport expert Viktor Zagreba, the proposed plan is not in line with the EU Green Deal or the EU Smart and Sustainable Mobility Strategy.

Though on average, 50 per cent of Ukraine’s urban dwellers commute via public transport, the sector has been strongly underbudgeted and neglected, which has led to a significant deterioration of the services. However, safety, accessibility and air pollution in cities will be among the questions that war refugees will consider when deciding whether or not returning home. And all these questions lead back to the sustainability and reliability of municipal transport.

Due to the latest missile strikes, targeting mainly objects of critical energy infrastructure, Ukrainian authorities were forced to implement urgent energy saving measures. These include saving during peak hours, scheduled energy cuts and a limited use of electric public transport. While these urgent measures are well-founded now, such considerations should not compromise the long-term reconstruction of Ukraine’s urban transport system.

When considering support for the reconstruction of Ukraine’s urban infrastructure, foreign investors and donors should meet their climate commitments in terms of carbon neutrality, reflecting the green reconstruction and green principles developed by the Ukrainian civil society. Therefore, they should give the green light to electric public transport projects.

With the help of international investors and donors, Ukraine has a unique chance to build a new and comfortable urban transport system which will also make it independent from fossil fuels imported from Russia.

Bankwatch’s new video explains why electric urban transport should be a priority in Ukraine’s cities reconstruction. The city of Chernihiv is an example of how Ukrainian cities are recovering their public transport following massive destruction. The investment needs for transport reconstruction are high but can afford cities a unique opportunity to rebuild clean, green, comfortable and attractive cities.