A just transition for Slovakia’s Upper Nitra is already underway. But turning plans into projects which can actually bring about this transition will be no easy feat. One of the challenges ahead will be to ensure that there is both enough money invested in the region and a sufficient number of good quality projects–projects that don’t lock in carbon-intensive technologies–that support local people. 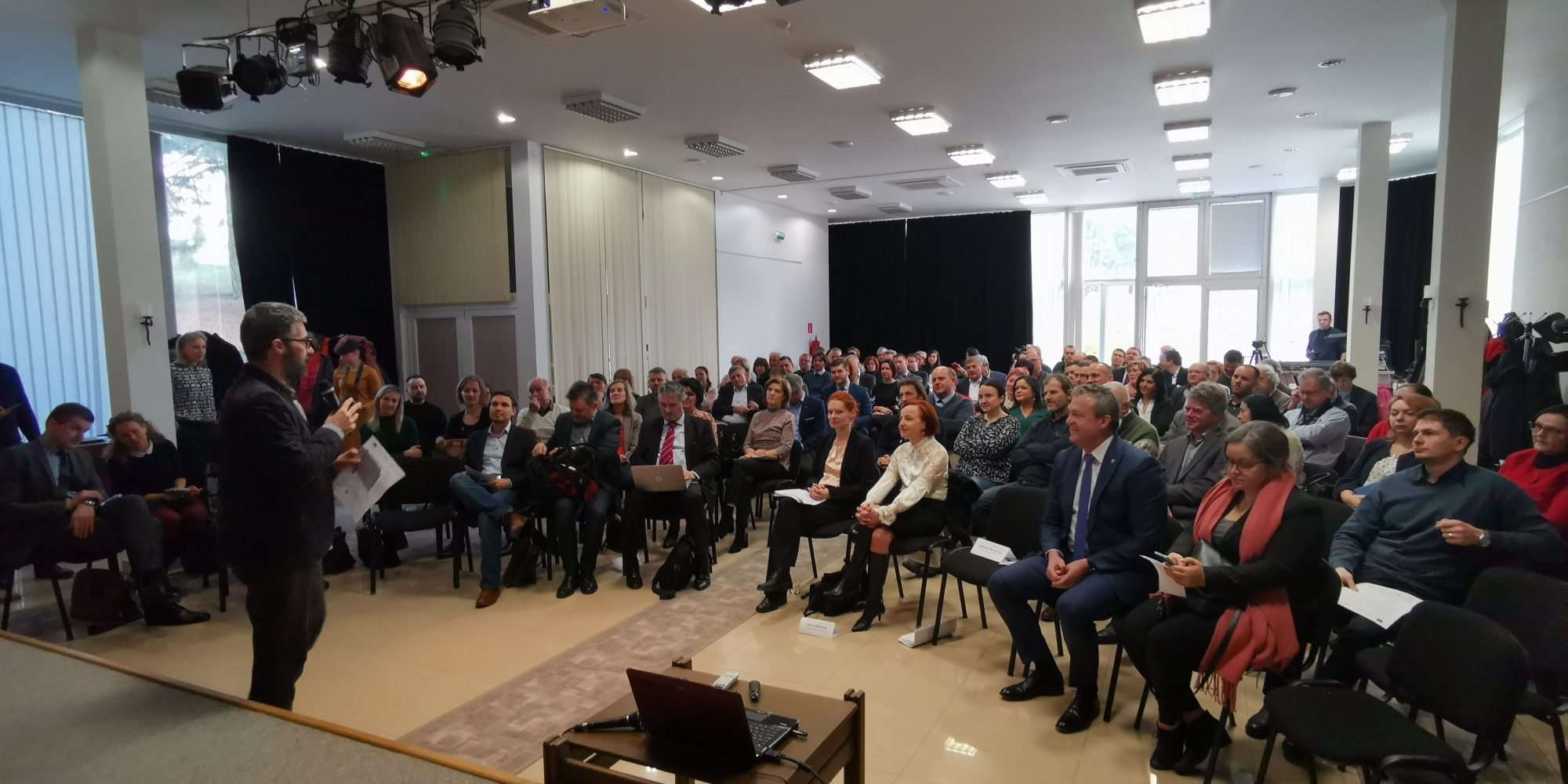 Citizens of the Upper Nitra region in Slovakia, a coal mining area, are interested in a just transition away from coal and towards a zero-carbon economy. In fact, they have led the process thus far, organizing working groups and contributing to the development of the official action plan for the region’s transformation.

Citizens have not lost interest now that the plan is complete. At a recent seminar held in Prievidza on 12 February, almost 100 people from the local community came to learn how European programming in the upcoming period (2021-2027), the Just Transition Mechanism and other tools can support projects for the transformation of the Upper Nitra region.

This workshop was a chance to take stock of where the region is at, after all of the work done in 2019, and to explain to the local community the path forward. In front of a packed and engaged room, politicians from all levels of government, business leaders, and Slovak and international experts discussed how to move from a citizen-led action plan to citizen-led projects.

The Deputy Prime Minister’s Office had previously invited local municipalities and business entities to propose their visions for a just transition through project concepts that support the transformation of the region of Upper Nitra. The community’s proposals were supposed to show whether the region had the potential to fulfill the action plan’s priorities and whether it would be possible to secure European funding for their ideas.

This “collection of indicative transformation projects” was carried out twice: in 2018, approximately 180 project concepts were submitted, and in 2019, the number of new applicants significantly increased. In the end, out of approximately 220 project concept notes submitted, eight were selected for submission to JASPERS, a joint EU/EIB initiative to support projects receiving EU funds.

Unfortunately, this process raised the expectations of local business leaders who submitted projects—several applicants have received no feedback on their proposals, and those whose projects were sent to JASPERS may have false hope that their projects will be funded.

So far, government representatives have provided very limited advice to the community on what they can expect out of this process, or how to improve their project proposals for the next time around. In fact, little effort was made to include the community beyond the application stage. Yet funding would go directly to the regional authority (NUTS 3 level) and municipalities to build the capacities of locals in to better prepare and implement good projects.

Government representatives at the seminar made clear that they support Upper Nitra’s transformation and want EU funds to be devoted to this. They stressed multiple times the complex nature of the problem, and therefore the long-term perspective needed when considering its solution, asking for patience from the community.

Yet locals are ready to move forward with the process, and are anxious to see how it will be done. This sense of urgency is partially because many local employers lack a qualified workforce, and yet thousands of local people are still employed in the coal mines due to subsidised electricity from domestic coal.

One of the key issues remains a sustainable alternative solution for district heating. The region currently relies on coal for this purpose, but will need to shift to new technologies in the upcoming period. The Slovak government is currently preparing EU funding for the insulation of part of the distribution network, and JASPERS will assess a project to use private resources to increase the energy efficiency of municipal buildings. Although an EU-funded waste incinerator will hopefully be off the table, questions still remain about the most appropriate heating solution.

Any system will need to involve a combination of measures: the refurbishing of buildings and distribution networks to improve insulation, underground heat storage, and renewable technologies such as heat pumps and solar power systems.

The Slovak government is looking to the EU for funding and guidance on this and other transformation projects. Will the EU support local solutions which benefit local people, or will they instead cater to the desires of the power holders in Bratislava and corporate headquarters?