This story represents one of the few successful examples in Romania but should serve as an inspiration for all the mayors and representatives of the Romanian authorities. Nobody says it’s going to be a smooth sailing when dealing with accessing European funds, but it is important to have well-prepared personnel, a vision for sustainable development and last, but not least, a desire to make positive changes in your community. 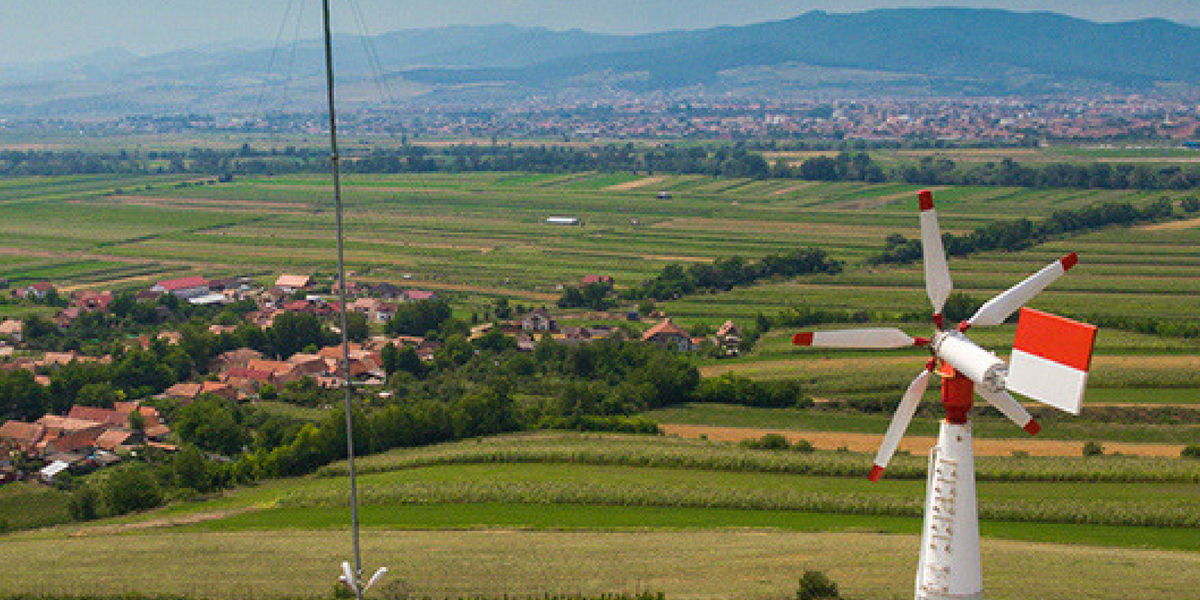 Since the accession of Romania to the European Union in 2007, the country had access to various funds made available to support the process of eliminating the discrepancies between Europe’s developed and least-developed regions. For Romania, European funds, mainly the Structural and Investment Funds, were and still are a fundamental instrument to strengthen the economic, social and territorial cohesion. Through eight national and regional programmes, Romania has been allocated EUR 30.94 billion from ESI Funds over the period 2014-2020. With a national contribution of EUR 5.63 billion, Romania has at its disposal a total budget of EUR 36.47 billion to invest in various areas.

For the 2007-2013 financial framework, Romania received EUR 19.7 billion from the European Union to be spent through seven sectorial operational programmes. But it was easier said, than done. By the middle of the financial period the absorption rate was 0.8% of the total amount allocated, meaning EUR 170 million and at the end of 2013 the rate of absorption reached 26.5%. Things seem to go at the same pace also in the current financial period and the data available confirms this situation – in February 2018 the absorption rate was at a level of 10.07% having spent almost EUR 4 billion from the total budget.

The explanation for this poor absorption relies in the excessive bureaucracy, low productivity, lack of personnel, the quality of the projects and, of course, the ongoing changes in regulations made by the management authorities. The lack of vision for development is another explanation for the failure of absorption of the funds available. Thus, for the 2014-2020 financial period, Romanian authorities are experiencing methods for improving the absorption and the use of EU funds will be based on a partnership agreement between European Commission and the Government of Romania.

Too good to be true? The story of Ciugud

Among the issues of poor absorption of European Funds, the example of Ciugud, in Alba County stands out but in a more positive way. Located in the western part of Romania, in the Transylvanian Plateau and a few kilometres from the city of Alba Iulia, Ciugud can be compared to many communities from developed countries across Europe. The evolution of the Ciugud commune started almost 20 years ago when the budget of the whole town barely covered the salaries of the few employees the local administration had or the gas bills for the local clinic and schools. Then, almost 2 600 people lived with the hope that their living conditions will turn out for the best.

In an interview for the national press, the mayor, Gheorghe Damian, remembered the initial situation of the village ‘In 2000, when I became mayor, our own revenues amounted to 70.000 RON (approx. 15,000 EUR) and we inherited a debt of about 300,000 RON (approx. 65,000 EUR). We could not pay our salaries to the City Hall, the public lighting was always cut from the lack of payment and we did not have money for the schools’ gas bills. We couldn’t even talk about an investment budget as any administration should have: meaning an operating budget and a development budget through which you could envision activities in the short, medium and long term in that community’.

Having this situation as a starting point, the mayor looked for alternatives anywhere. That’s when, in 2004, he decided to turn one of the pastures into an industrial area for investment. He explained that before taking this decision, the administration spent almost 50,000 RON (approx. 11,000 EUR) every year on cleaning works, because the pasture wasn’t used for intensive grazing anymore. Now, the industrial area of Ciugud houses various businesses in different fields with more than 700 employees, bringing to the commune’s budget an annual total amount of 2.5 million RON (approx. 540,000 EUR).

A small initiative was all it took for the Ciugud commune to start an intensive process of development for which European money was used and it came as a breath of fresh air for the community. So, in 2005, with the emergence of first pre-accession funds in Romania, the authorities from Ciugud put together some small projects, which were easily accepted and paid. They consisted in providing the City Hall with computers and software to improve their capacity and ease the future planning.

After that moment, they realised the usefulness of European money and they began an ongoing process of writing projects and finding the proper financial instrument for them. Thanks to their continuous efforts, in 2007, Ciugud was approved the largest infrastructure project in the history of the county – EUR 7.5 million through which all the commune’s roads have been paved and 47 Km of sewage network and water network have been done.

But none of this would be possible without an ambitious and productive personnel. The public administrator of Ciugud City Hall, Doru Dan Pop confesses that ‘People are behind everything. It is important to have a human resource capable of implementing this kind of projects’. Having discovered the recipe of success, they kept on writing projects and finding new ways to attract European money and currently they represent the top tier of communities spending European Funds having over 70 approved projects and approximately EUR 27 million collected.

Anything is possible in Ciugud because not only they have paved 30 Km of agricultural roads which connect three communes, seven villages serving 2 500 hectares of land and 15 farms, but they went to the next level and installed solar panels and a micro-wind farm and the energy produced serves for the street illumination. This was possible through ‘a partnership between Ciugud commune and Polytechnic University of Timișoara, a project of 1 million EUR funded by the Norwegian Government’, the mayor explained and added that another group of solar panels and micro-wind farms will be installed to produce the electricity needed to cover the consumption of public institutions and public lighting throughout the commune. And the investments don’t stop here – the community has a several kilometres long bicycle track that crosses a part of the commune, free wi-fi is available in all public spaces and the parks have also been modernised through European money.

This story represents one of the few successful examples in Romania but should serve as an inspiration for all the mayors and representatives of the Romanian authorities. Nobody says it’s going to be a smooth sailing when dealing with accessing European funds, but it is important to have well-prepared personnel, a vision for sustainable development and last, but not least, a desire to make positive changes in your community.