Home > Campaign update > In Hungary, students find the answer to the 7.5 billion question

In September 2015, 164 classes totalling 4 000 high school students participated in a half-year contest by Bankwatch member group MTVSZ culminating in December’s final event, where the top ten teams from around the country helped close the 2015 European Year of Development. 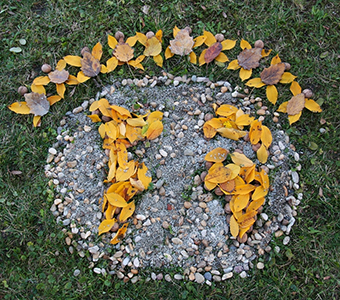 In September 2015, 164 classes totalling 4 000 high school students participated in a half-year contest by Bankwatch member group MTVSZ culminating in December’s final event, where the top ten teams from around the country helped close the 2015 European Year of Development.

Known as the ‘7.5 billion question’, the competition placed students in a global educational setting where they became actors in an exciting story and were responsible for finding answers to pressing problems. According to the story, several new students arrived to the class from different countries as part of a scholarship program. There was John, the American photo correspondent who informed students about environmental problems and disasters. From Haiti, Fabiola brought examples of social problems, and finally Matondo, with whom they learned together about interrelated ecological problems.

The competition was more than just learning and reporting, as the students had to mobilise their school for a good cause and involve their classmates in a variety of actions. Teams prepared artworks from natural materials in creative ways to raise awareness about these problems. Others created short videos to highlight the importance of the 7.5 billion question.

As one group put it, the 7.5 billion question can be interpreted in many ways:

The competition was implemented in parallel to other events in different Visegrad countries, where Bankwatch member organisations organised events in Poland, the Czech Republic and Slovakia. Ultimately the project aimed to draw attention to the environmental, social and economic problems, growing social inequalities and dangers of uneven development in the framework of a project funded by the International Visegrad Fund.

Made possible with funding from