Home > Campaign update > Locals in Upper Nitra, Slovakia agree on the future of their region after coal phaseout

One of the positive outcomes of the debate about Europe’s Energy Union was an increased attention to the issue of Just Transition*. Even more promising is that the debate is moving from Brussels to the very regions that are facing an imminent coal phaseout. One of those regions is Horna Nitra /Upper Nitra in Slovakia. 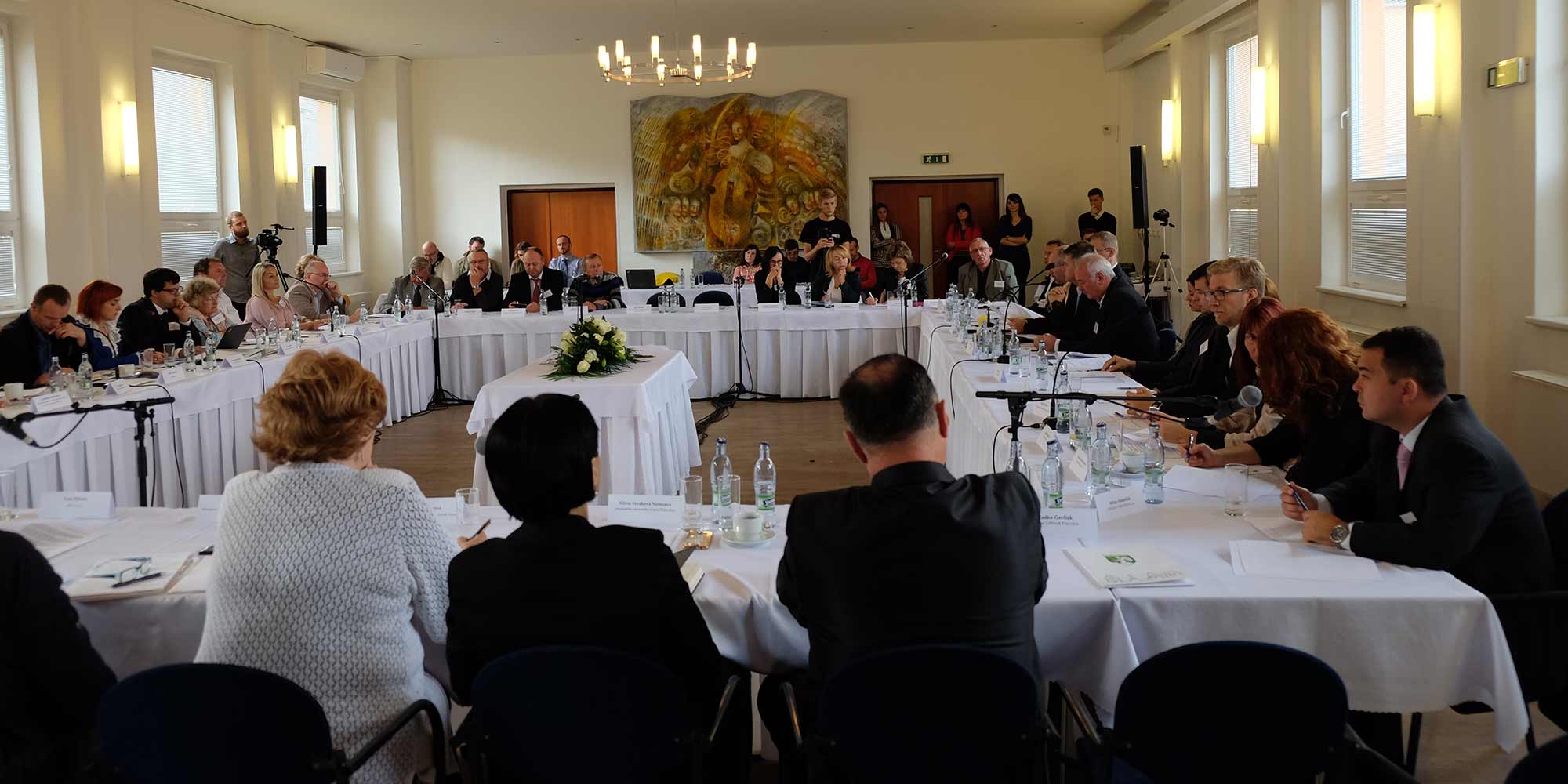 * Just transition is a development model that is based on locally-designed public policies that aim to create the basis for fair incomes and a decent life for all workers and communities affected by pollution-reduction measures.

Slightly hidden behind mountains on both sides of the river Nitra, the Upper Nitra region is located on the biggest source of brown coal in Slovakia. The rate of unemployment in the Prievidza district of 135 750 inhabitants dropped from approx. 11 per cent in 2015 to 6 per cent in 2017. The mining company Hornonitrianske bane Prievidza (HBP) employs on average 3 486 people, including 92 qualified Romanian miners.

Approximately 50 people met in Prievidza, the biggest city in the region, at a roundtable discussion on the future of the region. The mayor of Prievidza had invited the Prime Minister, representatives of the European Commission, the Ministries of the Economy and the Environment, the governor of the region, mayors, local entrepreneurs, trade unions, non-governmental organisations (NGOs) and experts from different fields to discuss the changing demographic and economic conditions and the inevitable closures of mines. The governor of the administrative area and representatives of the Slovak Government unfortunately chose not to participate.

The coal phaseout was accepted as an undeniable fact by all participants. The question was just when and how will that happen. The aim of the ensuing discussion was not to reach a consensus but just to map the various perspectives on these issues.

No one was of the opinion that a new mine should be opened, as is being considered by the mining company. Especially local municipalities and the local Spa spoke out against the extension of mining. The Spa is afraid to lose its source of underground water and municipalities would rather develop the tourism in the region based on its cultural and natural heritage. The tourism potential so far is limited by difficult access to the region and the need for improvement in this regard was an important topic.

Local and medium enterprises together with municipalities and other organisations also discussed the transparency of grants and subsidies. All agreed that there should be clear rules who can benefit from subsidies and under what circumstances. Grants should be accessible for a wider mix of companies and organisations and the administrative burden should be reduced.

Likely the biggest surprise of the discussion was the exchange of views on the situation of unemployment. With approximately 5.5 per cent, the level of unemployment is currently very low in the region. All the participating companies have serious troubles in finding enough qualified employees. Instead of an imploding labour market, the region of Upper Nitra is actually lacking workers. It is therefore expected that when the mines close in the future, it should not create significant difficulties in employment.

The absence of the governor of the administrative area and representatives of the Slovak Government was unfortunate. Even more so since they met with the coal mining company behind closed doors in Bratislava a few weeks earlier. The mayors of the most affected villages and city had notably not been invited to that meeting.

Judging from experience, the closed door model of negotiations is rather beneficial for the coal mining company and less so for the rest of Slovak population. For instance, in the recent past, the company managed to negotiate a subsidy of EUR 95.4 million annually in the form of a feed-in-tariff for the electricity from domestic coal. The main argument was – as usual – to maintain around 3700 jobs in the region. A quick calculation, however, shows that the average monthly income (EUR 890) results in a sum of EUR 40 million for all wages annually. The subsidy scheme is more than twice that. Not surprisingly, the deal was considered to be fraud by some of the participants of the meeting.

Mayors of the villages and local people see the future beyond coal. Let’s hope that the government and region will hear their voices soon enough to make the transition just and sustainable.