The Azerbaijani government’s relentless repression of civil society should disqualify the country from participating in the Extractive Industries Transparency Initiative (EITI), 18 international groups wrote in a letter sent on Thursday (October 20) to members of the EITI board. 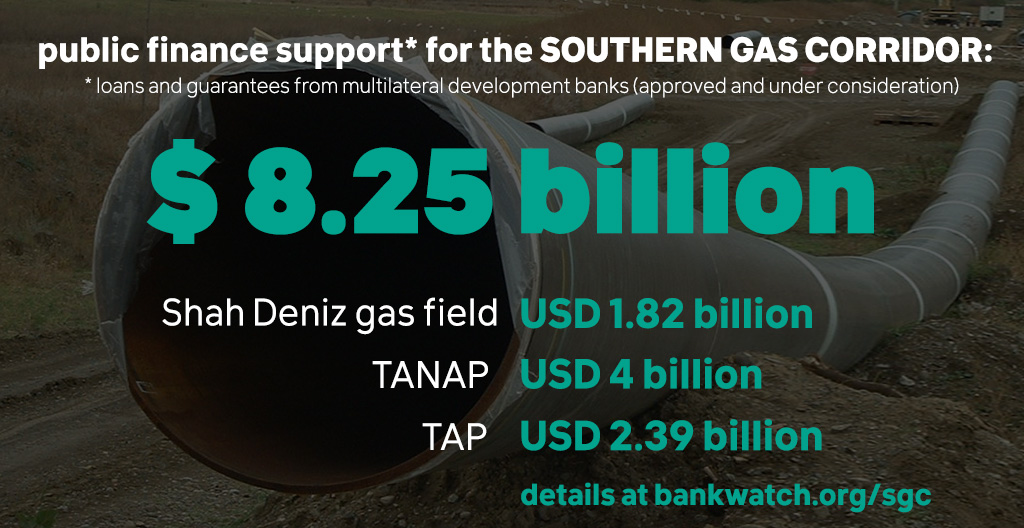 Prague, Geneva, London – The Azerbaijani government’s relentless repression of civil society should disqualify the country from participating in the Extractive Industries Transparency Initiative (EITI), 18 international groups wrote in a letter sent on Thursday (October 20) to members of the EITI board.

The letter and the briefing note can be found here: https://bankwatch.org/publications/letter-extractive-industries-transparency-initiative-board-working-conditions-civil-soc

The EITI board is expected to review Azerbaijan’s membership status tomorrow (Wednesday, October 26), after it has already been downgraded from ‘compliant’ to ‘candidate’ in April 2015 in light of the country’s appalling track record on human rights.

A year and a half later, it is evident that the Azeri government remains defiant, and therefore the international groups urge the board members to suspend Azerbaijan’s membership until the government ensures the ability of activists and rights defenders to operate freely.

The EITI seeks to ensure, among others, an enabling environment for civil society in member countries, but in the letter, the organisations warn that Azerbaijan’s autocratic government continues its ruthless crack down on activists and critics in the country. The letter states that bank accounts of many Azerbaijani NGOs remain frozen, international travel bans have been imposed on a number of NGO leaders, and civil society groups are effectively barred from accessing overseas funding.

Since the October 2015 visit of EITI Chairwoman Clare Short to Azerbaijan, Baku has taken some steps to improve the situation, but in light of the renewed crackdown on civil society in the country in recent months they amount to little more than lip service. Continued government harassment and persecution of NGOs and activists in Azerbaijan, including imprisonment on trumped up charges, prevents them from meaningfully participating in the EITI process.

Azerbaijan’s President Ilham Aliyev and his family have built their fortunes and political clout on the country’s oil and gas riches. Now government is promoting the development of the Southern Gas Corridor, a 3500 kilometer long chain of pipelines meant to deliver natural gas to Europe from Azerbaijan’s Shah Deniz offshore field.

Some of the world’s largest international financial institutes – including the European Bank for Reconstruction and Development, the European Investment Bank, and the World Bank – are currently considering extending loans to parts of the project at the excess of over USD 3 billion. These multilateral development banks’ own policies oblige them to only support projects that are in line with international public participation and human rights standards.

If the EITI board decides to suspend Azerbaijan’s membership, the banks will no longer be able to ignore the domestic human rights situation in the country.

“To successfully implement the corrective actions outlined by the EITI, the government must demonstrate political will to introduce genuine reforms and create the conditions for developing civil society in the country,” the letter states.

“Although the government faces serious economic problems, it remains unwilling to cooperate with civil society, and continues to violate the rights to freedom of expression, association and assembly, preventing civil society from meaningfully operating within the country.”