“As Europe prepares to host the seminal UN climate summit in Paris at year’s end, the EU’s house bank is turning away from its commitment to finance the bloc’s climate action. 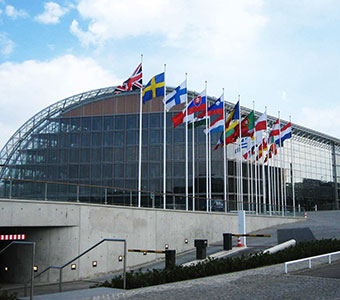 “As Europe prepares to host the seminal UN climate summit in Paris at year’s end, the EU’s house bank is turning away from its commitment to finance the bloc’s climate action.

“In a meeting today (September 22) the European Investment Bank (EIB) voted to adopt a new Climate Strategy to guide the compliance of its investments with the EU’s climate targets for the next fifteen years. But while the strategy has commendable guidelines, it lacks clear implementation timelines, action plans or measureable objectives that would ensure investments in energy and infrastructure projects are in line with Europe’s goal of a transition to a low-carbon economy.

“Above all, the new strategy offers no commitment to scale up financing to support the EU’s climate and energy targets, specifically for boosting energy efficiency and expanding renewable energy sources.

“At the same time, rather than restricting its financing for fossil fuels, the bank has recently announced a possible EUR 2 billion loan to the Trans Adriatic Pipeline (TAP), part of the Southern Gas Corridor meant to import even more gas, from the repressive regime in Azerbaijan.

“The EIB is meant to support Europe’s transition to a low-carbon, resource efficient economy. But the climate strategy adopted by the board falls far short of this objective, and therefore seriously undermines the credibility of the EU’s climate and energy commitments.

“Bankwatch, Counter Balance and other civil society organisations have repeatedly (pdf) called on the EIB to ensure that its new Climate Strategy accounts for a number of key issues: a thorough review and upgrade of the bank’s Emissions Performance Standard in order to limit carbon emissions; an explicit commitment to the EU’s principle of ‘energy efficiency first’; and an increased climate action target for mobilising the necessary resources both to meet the international goal of capping global temperature rise at two degrees and to make the EU more resilient to a changing climate.”