Sarajevo, Banja Luka, Nikšić, Podgorica, Prague – The Aarhus Resource Centre Sarajevo has submitted two court complaints [1] to the District Court in Banja Luka against the environmental permits for the Buk Bijela and Foča hydropower plants on the river Drina in Bosnia-Herzegovina near the border with Montenegro. 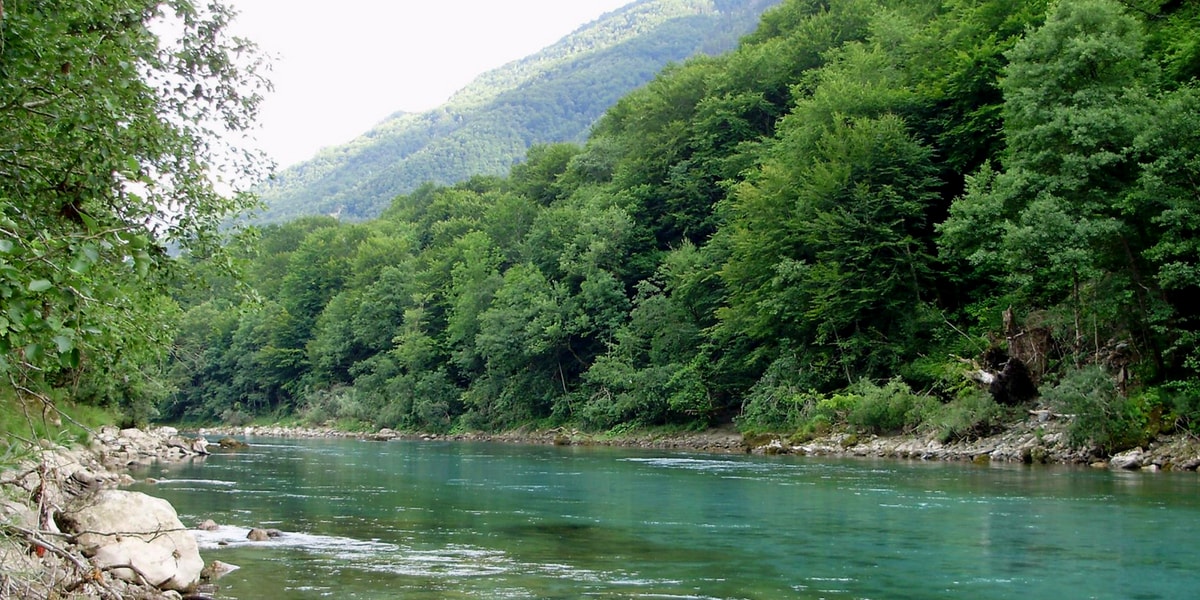 The river Drina constitutes the most significant habitat for the endangered Danube Salmon (Hucho hucho), which is found only in a few of southeast Europe’s cleanest rivers. [2] The area has also developed small-scale tourism facilities based on rafting and angling which would be heavily impacted by any nearby dams.

“The Republika Srpska Ministry for Spatial Planning, Construction and Ecology extended both the environmental permits even though the investor failed to request their renewal within the legally defined deadline. The Ministry should have annulled the previous permits considering that construction had not begun within four years of their issuance. Instead, it issued an illegal decision to prolong the existing environmental permits. In contravention of Bosnia-Herzegovina’s obligations under the Aarhus and Espoo Conventions, [3] the environmental impact assessments were not repeated, nor were the public consultations, either in Bosnia-Herzegovina or Montenegro,” explained Nina Kreševljaković from the Aarhus Resource Centre in Sarajevo.

The original public consultations, held in 2012, had been poorly advertised and the comments provided by NGOs in Bosnia-Herzegovina and Montenegro were not taken into account.

“The latest version of the project is claimed in the environmental impact assessment not to impact on the river Tara, but without any evidence provided. Considering that the Tara is the main tributary of the Drina and that the reservoir would reach the Montenegrin border, it is inevitable that some impacts would occur and need to be assessed”, pointed out Nataša Kovačević from Green Home in Montenegro.

The 93 MW Buk Bijela dam is being pushed by state-owned company Elektroprivreda Republike Srpske (ERS) and a memorandum on construction of the project has been signed with China National Aero-Technology International Engineering Corporation (AVIC-ENG) in July 2017. It is expected to be financed by Chinese state banks.

The 44 MW Foča plant, a few kilometres downstream, is also promoted by ERS, but no source of financing has been mentioned publicly. Both plants are part of the so-called Upper Drina cascade, along with the planned Sutjeska and Paunci plants.

Goran Krivić, Co-ordinator of the Coalition for the Protection of Rivers of Bosnia-Herzegovina, commented that “A project similar to one cancelled half a century ago is not something that should be pushed by Republika Srpska’s institutions and representatives. This week it has even been revealed that no feasibility study has been carried out for the project. This in itself is reason enough for the project’s suspension, not to mention the threatened species and development of sports and tourism.”

“Chinese banks are already attracting negative publicity for their support for coal power plants in the region,” added Pippa Gallop from CEE Bankwatch Network. “Financing harmful hydropower plants like Buk Bijela and Foča is only going to create more disharmony between China’s business activities and Bosnia-Herzegovina’s EU aspirations. The EU urgently needs to ensure that the countries in the region adhere with EU nature protection legislation, no matter who is financing infrastructure projects, and Chinese banks need to enhance their due diligence around such projects.”

Goran Krivić
Coalition for the protection of rivers in Bosnia-Herzegovina
gorankrivic@gmail.com
+387 65/690-972