Brussels – The vision of Energy Union to be outlined by the European Commission tomorrow proposes making Europe a world leader in renewables and energy efficiency, but at the same time envisages significant investments undermining that goal, such as gas import infrastructure, nuclear and dirty unconventional fossil fuels. 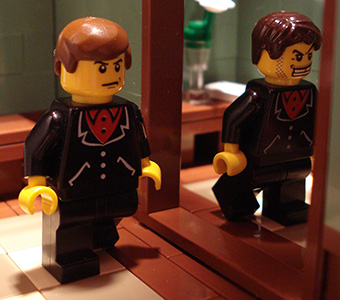 Brussels – The vision of Energy Union to be outlined by the European Commission tomorrow proposes making Europe a world leader in renewables and energy efficiency, but at the same time envisages significant investments undermining that goal, such as gas import infrastructure, nuclear and dirty unconventional fossil fuels.

“The latest vision of Energy Union emerging from the Commission has all the right language about a low-carbon and environmentally friendly Europe and empowering European citizens when it comes to their energy consumption,” comments Bankwatch’s Markus Trilling. „But the measures proposed to bring about this vision include more imports of gas from the Caspian region, for instance, or drilling for shale gas. This is non-sense. Europe has to finally face the fact that resilience and sustainability cannot be achieved while at the same time giving in to the gas lobby or cooperating with authoritarian leaders from Central Asia.”

A draft of the Commission proposals for the Energy Union circulated during February, elements of which have been confirmed by Climate and Energy Commissioner Miguel Arias Cañete during the Riga summit, includes mentions of the importance of financing the construction of the Southern Gas Corridor, a system of mega-pipelines meant to bring gas to Europe from the Caspian region. Yet, according to estimates by the Commission itself, under all scenarios, gas demand in Europe will decrease by 2050, raising concerns that the Southern Gas Corridor will turn into just another stranded asset.

“While the ‘energy efficiency first’ concept was expounded by Climate Action and Energy Commissioner Cañete in Riga, we see no evidence so far that the EU plans to walk the talk,” adds Trilling. “Instead of focusing on the decarbonisation and the decentralisation of Europe’s energy system, the EU proposes to fast-track for financing fossil fuel projects which have no added value for Europe and will likely end up as stranded assets.”

In a common position similarly leaked to the public during February, Poland, the Czech Republic and Slovakia insisted that the Energy Union must not discriminate among energy sources. Anything from coal through unconventional oil and gas to nuclear should be available to the Member States to reach energy security, climate policy and competitiveness objectives, argued the Central European countries.

“European citizens are no fools to believe that dismissing a clear strategic goal of becoming number one in renewables and sticking to expensive, carbon intensive or obsolete solutions will bring us the competitiveness and independence we are striving for,” comments Bankwatch’s Ondrej Pasek. “Even though the Energy Union does not actually require the central European countries to get rid of coal, gas or nuclear from their energy mixes, if we are to have an effective common energy policy, there is no other way but having a clear focus on technologies that are both low-carbon and competitive: the renewable sources.”