Kiev – The European Investment Bank announced the suspension of all activities in Ukraine yesterday following the most violent day since protests in this country began. In its turn, the European Bank for Reconstruction and Development declared it would “concentrate on the private sector”, hardly a meaningful stance considering the close links between government and the business sector in this country. 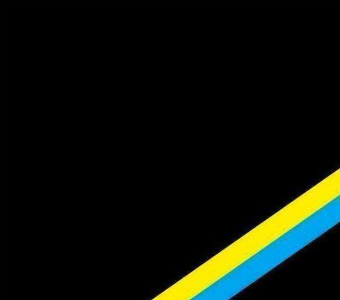 Kiev – The European Investment Bank announced the suspension of all activities in Ukraine yesterday [*] following the most violent day since protests in this country began. In its turn, the European Bank for Reconstruction and Development declared it would “concentrate on the private sector” [**], hardly a meaningful stance considering the close links between government and the business sector in this country.

The EIB announcement came one day before the Foreign Affair Council of the EU made a formal decision about sanctions on Ukraine (this is expected to happen by end of day today).

„We commend the EIB for taking this bold step and acting as a decision-maker not a decision-taker on such an important issue where so many people’s lives and destinies are at stake,” comments Counter Balance’s Xavier Sol. „This is the kind of firm attitude that we would like to see from international financial institutions in the future, when faced with contexts where human rights are so clearly trampled.”

“The EBRD’s stance sounds little more than business as usual if we look at the reality in Ukraine,” says Bankwatch’s Fidanka Bacheva McGrath. “The Yanukovich’s ‘Family’ control of various sectors of the economy in Ukraine, most strikingly the coal business, is notorious. A large part of the private sector in Ukraine today is marred with corrupt and undemocratic practices, quite far from the safe haven the EBRD’s statement implies it to be.” [***]

“The EBRD cannot expect to get away with these kind of ambiguous positions for too long in the future, especially as it has started operating in North Africa and the Middle East where human rights have been systematically abused in some countries like Egypt,” continues McGrath. “The EIB’s current stance on Ukraine is a much more appropriate and convincing answer.”

* Speaking during the EIB’s press conference yesterday in Brussels, bank president Werner Hoyer declared, “I think it would be completely the wrong signal to appear as being the ones who do business as usual in Ukraine while the people on the streets of Kiev…are being slaughtered.” Hoyer added that it is necessary that the EU speaks with one voice on Ukraine, and that the EU bank is a part of that single European voice.

** Speaking to Reuters today, an EBRD spokesperson said, “We have not suspended our operations in Ukraine, however, as of about three weeks ago, we are concentrating primarily on the private sector.”

***Read more about the links between the Yanukovych regime and the private sector at:
http://yanukovich.info/