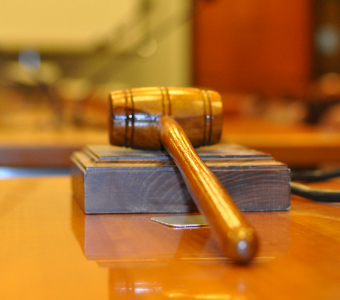 During the investigation, the Ombudsman found that the EIB went on to finance the project to construct a bridge over the Sava river in Bosnia and Herzegovina regardless of complaints from an Italian company Impresa Pizzarotti & C. SpA which had been excluded from the tender despite having offered the lowest bid.

The EIB’s Complaints Mechanism, an internal body meant to ensure that the institution complies with its own policies, had ruled that the complaint of the Italian company was grounded, yet the EIB management chose to ignore the ruling of its own policy-enforcing body.

The European Ombudsman Emily O’Reilly found that the EIB management decision was based on an incorrect interpretation of the tender documents and said she was considering opening an own-initiative inquiry into the systemic issues underlying the EIB’s handling of the case.

“An inquiry into systemic issues would be very welcome,” says Anna Roggenbuck, Bankwatch EIB coordinator. “This is not the first time that we see the EIB management ignoring or interfering with the work of its own Complaints Mechanism. NGOs have been for years complaining about this bad practice to the bank but it seems that the management chooses to run counter to its own standards for the short term interests of its clients, often big corporations.”

According to Bankwatch, in sensitive and controversial cases such as the Mopani mines in Zambia, the Bujagali dam in Uganda, or the Sostanj coal power plant in Slovenia, the EIB management has given the impression of interfering with the work of the complaints mechanism. In the Mopani case, there is evidence that the management went against the Complaints Mechanism decision to disclose the investigation report, and in the case of Bujagali EIB President Werner Hoyer has had to send a letter asking EIB staff to ensure the independence of and cooperation with the Complaints Mechanism office.

“The Complaint Mechanism was created to give people an opportunity to defend their rights but this purpose is defeated if the EIB management itself prevents the body from functioning as it should,” says Anna Roggenbuck. “This is unacceptable. We all need to think about better accountability mechanisms for the EIB if this institution is to further the application of the rule of law.”

“In light of the EIB’s extensive role in the upcoming EU investment package of EUR 300bn, it should be made clear that the bank needs to step up its transparency and accountability both towards European citizens and EU institutions,” says Counter Balance’s director Xavier Sol. “But right now what we are seeing is the exact opposite. Currently in the process of reviewing its transparency policy, the bank is actually trying to increase the list of exceptions to information disclosure which would mean that more information can be kept confidential as commercially sensitive.”

According to the Aid Transparency Index 2014 [2], the EIB was assessed as having poor transparency standards among international donors and is one of the two most non-transparent multilateral development banks.

Final ruling of the European Ombudsman on the Sava Bridge in Bosnia and Herzegovina case:
http://www.ombudsman.europa.eu/cases/decision.faces/en/58171/html.bookmark

Holding the EIB to account – A never ending story