Today the members of the European Parliament adopted the Common Provisions Regulation, which sets the principles and common rules on how Cohesion Policy funding should be spent from 2021 to 2027. Civil society groups CEE Bankwatch Network and Climate Action Network (CAN) Europe welcome the agreed climate-friendly provisions, including the exclusion of fossil fuel investments, but they must be reflected in tomorrow’s vote on the Regional Development Fund in order to become reality. 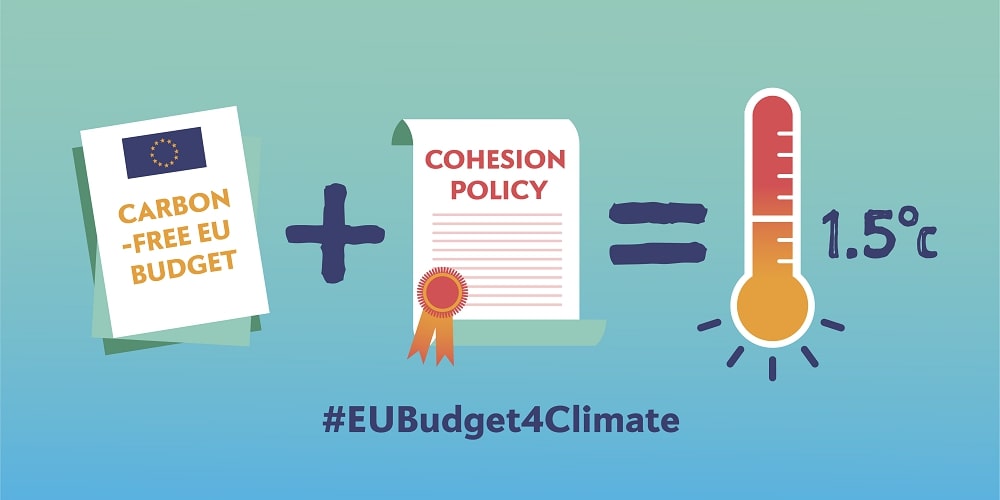 With today’s plenary vote on the Common Provisions Regulation (CPR), EU funds for the regions are for the first time set to become climate-proof, paving the way to economic development policies that are not harmful to the climate and that boost the clean energy transition.

Nowhere is the need greater for effective and focused spending than in central and eastern Europe, EU funds’ main beneficiaries, whose economies are on the whole more carbon-intensive than in the rest of Europe. The adopted CPR should allow EU funds to put these regions on a path to sustainable development and a just transition that creates high-quality employment for the long term.

However, these climate friendly provisions still need to translate into adequate spending priorities for EU’s regions as the Committee on regional development of the European Parliament will take its position on the future of European Regional Development Funds tomorrow [1]. It is worrying that some members of the committee continue to push for funding for fossil fuels despite their harmful impacts on the climate.

“This is the right framework for the EU budget to match the unprecedented economic shift required by runaway climate change. Focusing regional development spending on climate action will clearly help lesser developed European regions, which are on the whole more carbon-intensive, get out of the fossil fuels era and enjoy the economic and social benefits of the clean energy transition.”

“However these climate-friendly provisions must be fully reflected in the future European Regional Development Fund, whose vote in the European Parliament is scheduled for tomorrow. First of all, fossil fuels have to be excluded. Any compromise allowing fossil fuels would fly in the face of the climate progressive MEPs who have adopted the Common Provisions Regulation today.”

“Today’s outcome is a step in the right direction for Cohesion Policy to lead Europe’s regions on the path towards a clean and just energy transition. But without consistency between the Common Provision Regulation and tomorrow’s vote on the Regional Development Fund, Parliamentarians will have failed to act on climate change by permitting more funding for fossil fuels.”

[1] On the one hand, the Common  Provisions Regulation (CPR) lays down common provisions, general rules and guiding principles for multiple EU funds, including the European Regional Development Fund and the Cohesion Fund. On the other hand, the Regulation on the European Regional Development Fund specifies the monetary allocations, concrete measures and projects that can be funded or excluded from the fund.