The Upper Nitra regional parliament is today approving a plan for the region’s transition away from coal, which was created by the Slovak government based on inputs from the local community. 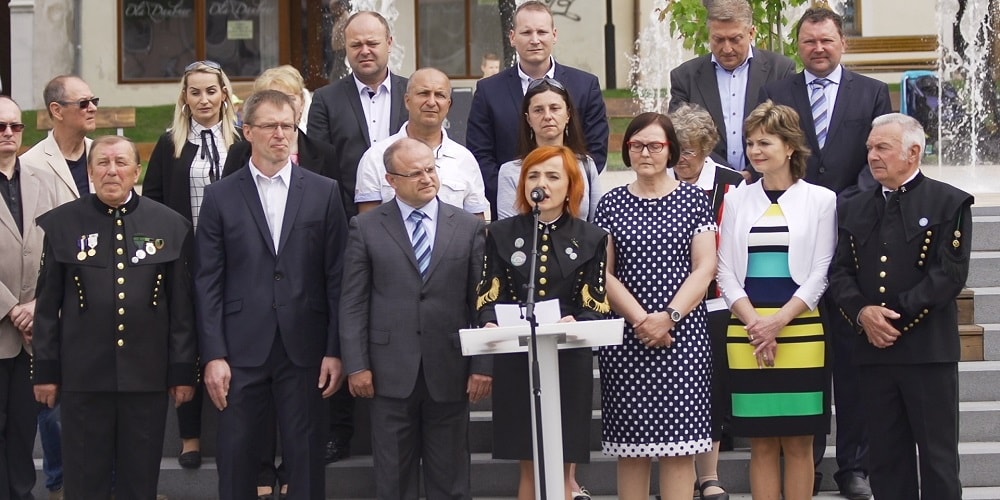 The ‘Transformation Action Plan” for Upper Nitra, the official name of the document, was prepared by a consulting company for the office of the Slovak deputy prime minister. It is set to be approved by the Slovak government in the next weeks.

The document is largely based on inputs from local communities in Upper Nitra, who have been organising in working groups to prepare scenarios for the transformation of the region since 2018.

“I’ve been personally participating in practically all meetings of local working groups during 2018, and I can confirm that the directions of transformation outlined in the Action Plan are an expression of the wishes and ideas of the citizens of the region,” says Lenka Ilcikova, Bankwatch and CEPA-Friends of the Earth Just Transition campaigner.

“I also appreciate the fact that the document incorporates comments of experts and general public submitted during the consultation period,” Ilcikova added.

The Action Plan confirms the rejection of a new mine at the Novaky coal complex, which private company Hornonitrianske bane Prievidza (HBP) was intent on opening. Locals’ inputs have resulted in a plan that aims for “developing economic activities in symbiosis with a clean environment”.

But the Action Plan fails to set a clear date for the phaseout of coal in Slovakia.

“If the Action Plan contained clear commitments to put an end to coal, Slovakia could become a true model of good practice for Central and Eastern Europe, showing how other coal regions in neighbouring countries could transition away from coal in a participatory manner, which respects the voice of locals,” says Lydia Knazovicova, CEPA-Friends of the Earth Coal Phaseout campaigner.

“Without a coal phaseout, however, the plans for carbon neutrality are more difficult to implement. The Slovak government should muster the courage to set an end date for coal – this would be the definitive sign that also the Action Plan is taken seriously and will be implemented.”

The Action Plan to be approved today is a true victory for local communities in Upper Nitra. In 2018, while the locals were organising into working groups, the Slovak government was ready to circumvent the will of locals and choose projects proposed by big companies, including HBP, to support from funds made available via the European Commission’s Platform for Coal Regions in Transition. Nevertheless, the locals and civil society pushed back, forcing the central government to include their contributions in planning for the future of the region.

“The change is just beginning. In order for everything we have planned to turn into reality, all the proposed measures need to be well prepared, monitored and evaluated, and this has to be done with all relevant actors involved. Local participation is more important than ever,” concludes Lenka Ilcikova.