On April 15, the European Bank for Reconstruction and Development (EBRD) will be marking its 25th anniversary. Reflecting on two decades of monitoring the EBRD’s policies and projects, a new report from CEE Bankwatch Network raises concerns about a growing gap between the bank’s operations and its mandate. 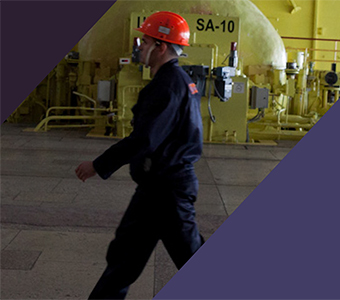 On April 15, the European Bank for Reconstruction and Development (EBRD) will be marking its 25th anniversary. Reflecting on two decades of monitoring the EBRD’s policies and projects, a new report from CEE Bankwatch Network raises concerns about a growing gap between the bank’s operations and its mandate.

Established in 1991 to facilitate the transition to market economies through sustainable development, the bank’s region of operation has grown well beyond its original geographical scope of eastern Europe and the former Soviet Union without actually achieving its goals, says the new report. In fact, only one country, the Czech Republic, has formally ‘graduated’ as recipient country of the EBRD, and in 2013 the bank itself acknowledged that many of the other recipient countries were ‘stuck in transition’.

The report explores two of the cases where the EBRD’s financial support has effectively helped deepen countries’ economic dependence on natural resource extraction, leaving them to the mercy of fluctuating commodity markets. At least 13 coal and metals mining operations in Mongolia have received sizeable financial support from the bank since 2006. Among them, last December the EBRD signed its largest ever syndicated loan of USD 1.2 billion for the expansion of Rio Tinto’s Oyu Tolgoi copper and gold mine, despite unresolved complaints of local herders.

Support for the Shah Deniz II gas field development has made up the largest share of EBRD funding for Azerbaijan over the past five years, thus contributing to the economic crisis the country is now facing as a result of the fall in oil and gas prices. But not only is petro-finance for Azerbaijan at odds with the EBRD’s commitment to help tackle the climate crisis, it is also in stark violation of the bank’s mandate to work only in countries practicing multi-party democracy.

“25 years ago, at the start of transition, everyone asked ‘When will we catch up with the West?’ Now the EBRD says it will be decades before convergence of living standards is achieved. More importantly, economic reforms have promoted unsustainable development and have allowed for corrupt and undemocratic elites to get a tight grip on societies. The bank was a leading force in the region, both in terms of finance and in ideological guidance, as to how transition progress should be measured, but now it blames the lack of progress on the countries themselves. If the success of the bank is measured by the success of its recipient countries, the bank’s shareholders should pause to seriously reconsider the institution’s approach to development.”

The bank’s involvement in a large number of projects with adverse environmental and social impacts has also overshadowed its stated mission to promote sustainable development. Among the cases described in the report are hydropower development in Georgia and ageing nuclear power in Ukraine. In both cases, and others, the EBRD turned a blind eye to the lack of strategic assessment of sustainable alternatives and relied on outdated plans for development of the energy sector in these countries. These projects are indicative of a questionable trend of the bank using public money to support business as usual while overlooking both the public interest and its own environmental and social standards.

The report calls on the EBRD and its shareholders – that include the U.S., Japan, China, and the EU and its member states – to critically reflect on the way the bank has worked to accomplish its mission, and on the impacts its investments have had on people and the environment. In a number of cases, the report authors stress, it is still not too late to change course.

Pippa Gallop, Bankwatch’s research co-ordinator and one of the authors of the report, says:

“The EBRD is taking one step forward and two steps back when it comes to sustainable development, while the concept of economic transition has become so blurry as to be virtually meaningless. A thorough re-think of the bank’s purpose is needed in order to re-orientate its investments from quantity to quality. But this is only going to happen if the EBRD’s shareholders push for it.”