Home > Press release > New Bankwatch analysis: Tuzla, in Bosnia and Herzegovina, could be a regional leader in sustainable heating

New Bankwatch analysis: Tuzla, in Bosnia and Herzegovina, could be a regional leader in sustainable heating

A new analysis published today by CEE Bankwatch Network shows that it is technically possible to entirely replace the use of coal with sustainable renewable sources for both local power and heating in Tuzla, in Bosnia and Herzegovina. 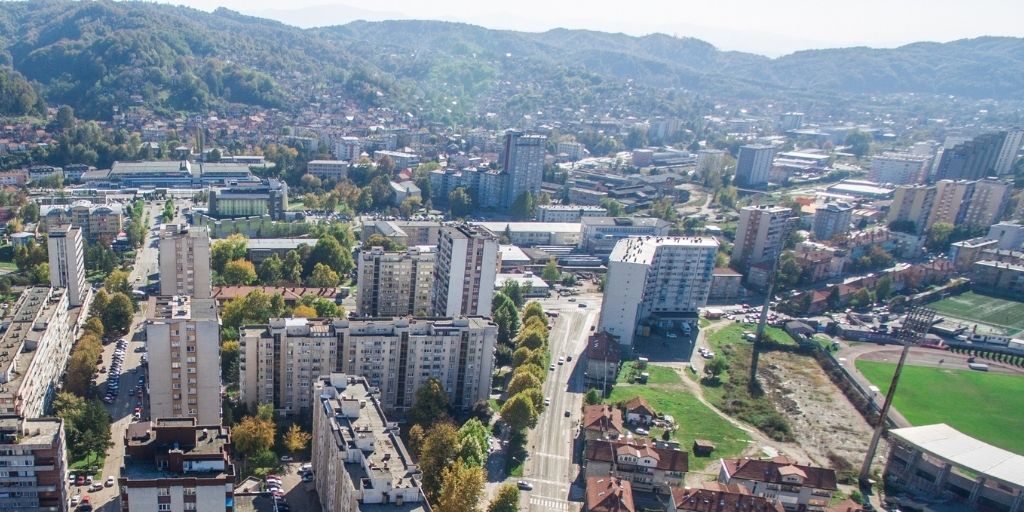 The city of Tuzla is one of the most polluted in the Western Balkans and across the EU, but the closure of three coal units at the plant within the next decade means that the city faces a unique opportunity to modernise its heating and energy systems and turn into a model for the region.

An analysis by independent consultant Bernard Schneider, commissioned by CEE Bankwatch Network, examines technical options for replacing the coal-based district heating currently under use in the city with renewable solutions – and finds that this is entirely feasible.

According to the analysis, the optimal scenario envisages the transformation of the district heating grid into a low-temperature, fourth generation one, where heat pumps and subsurface storage capacity play an important role. This solution will require deep renovation to bring about massive improvements to the efficiency of heat use in buildings, to reduce the input heat by at least 50 per cent.

Solar thermal energy would be exploited wherever possible, including building a large solar thermal or PV plant on a brownfield site. Wind turbines  would have to be built in order to produce the electricity required for heat pumps, which could be included in a power-to-heat-to-power concept in order to improve their economic performance. It is assumed that the majority of these heat pumps will draw energy from ambient air, together with ground water and shallow geothermal heat wherever sites will allow this.

Natasa Kovacevic, CEE Bankwatch Network: “The commitments that countries are making at the ongoing COP26 should serve as a reminder to authorities in Bosnia and Herzegovina that it’s imperative to phase out coal by 2035 at the latest and put an end to delusions about a new coal unit in Tuzla. Money and solutions exist to clean up the city’s energy and heating systems, but a political decision is needed.”

“The planning of advanced low-temperature heating solutions in Tuzla needs to start now, because any feasible technology, in combination with energy efficiency measures, will take several years to be implemented – from securing investments, to undergoing permitting procedures, to completing construction, to actual operation. The time for the authorities in Tuzla to take a decisive step in this process is now.”

Denis Zisko, Center for Ecology and Energy Tuzla: “This analysis is clear evidence that Tuzla has a viable alternative. The question remains, will Tuzla city authorities have enough political courage to start the process of decarbonization of the district heating system, or will the citizens of Tuzla continue to be hostages of coal and Elektroprivreda d.d. Sarajevo, due to purely political interests?”