The controversial Southern Gas Corridor, the EU’s flagship energy project, could be as emissions-intensive as coal power or even more, a new study reveals. 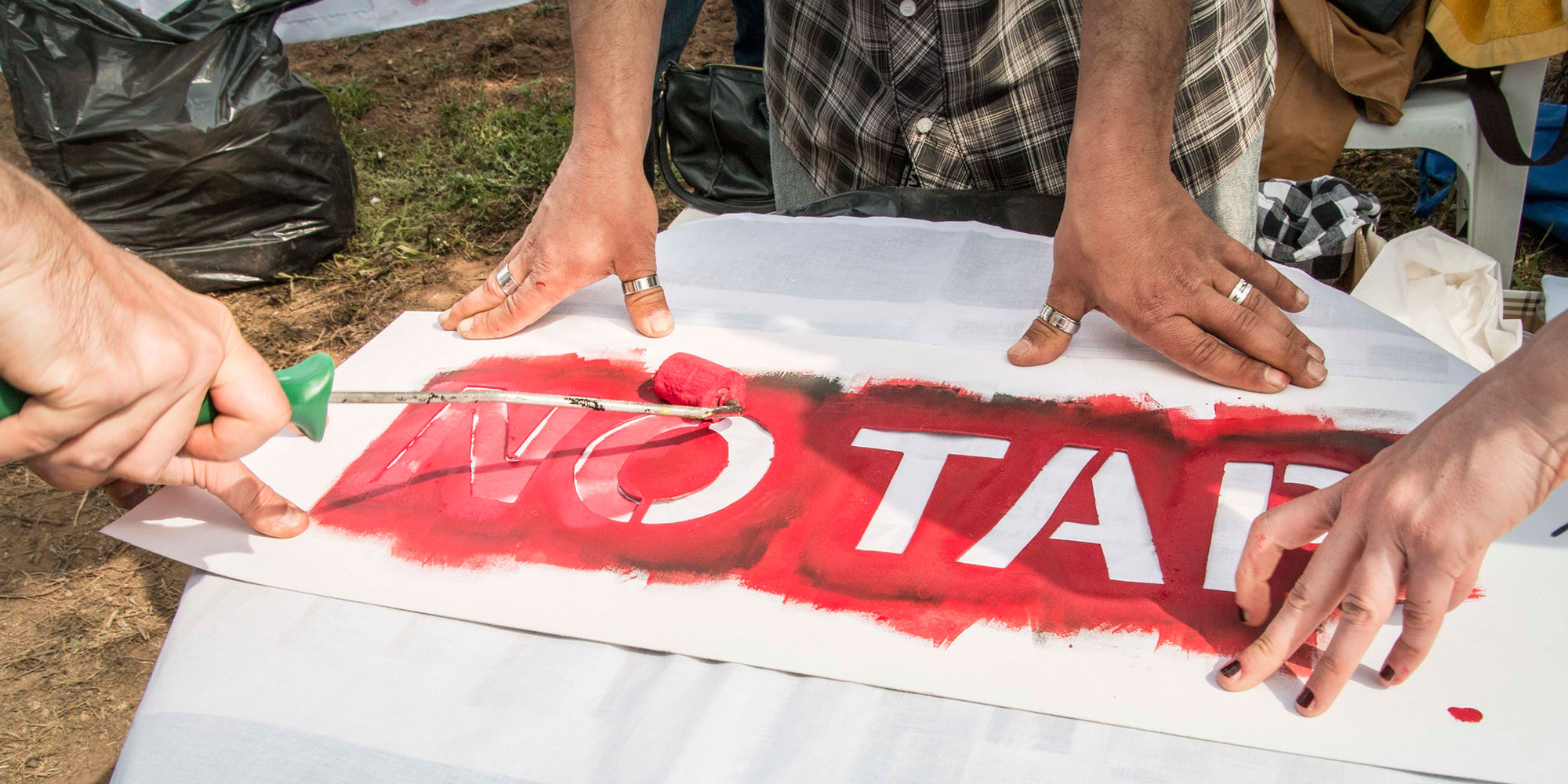 Photo by Alessandra Tommasi for 350.org

In less than two weeks the Trans Adriatic Pipeline (TAP), a key section of the Southern Gas Corridor, could be awarded a record EUR 1.5 billion loan in public money from the European Investment Bank.

The full study can be found here.

Officials at the European Commission and European financial institutions have occasionally argued the Southern Gas Corridor would actually help the EU meet its climate goals. Nevertheless, in January 2017 Miguel Arias Cañete, the Commissioner for Climate Action and Energy, admitted [2] the Commission has not carried out any climate assessment of what is in fact the largest fossil fuels project the EU is currently pursuing. None of the public banks that are considering financing parts of the Southern Gas Corridor, or that have already provided funding, have publicised any climate assessments of the project.

The new study, commissioned by CEE Bankwatch Network and conducted by researchers from the Observatori del Deute en la Globalització and the Polytechnic University of Catalonia, finds that in more than half of the nine scenarios examined, the level of fugitive emissions of methane, the main component of natural gas and an exceptionally potent greenhouse gas, would mean the Southern Gas Corridor’s climate footprint is comparable to coal power’s or even larger.

The International Energy Agency’s World Energy Outlook 2017 defines a threshold of three percent of fugitive emissions, above which natural gas projects’ emissions intensity surpasses that of coal, which is widely considered the dirtiest fossil fuel. [3]

In five of the scenarios considered by the authors of the new study, the share of unintended releases of methane in the extraction and transmission would range between 2.44%-5.95%, thus raising the risk of exacerbating, rather than mitigating, climate change.

In addition, the study shows that the annual emissions of the Southern Gas Corridor’s first stage alone would exceed the total emissions of Bulgaria in 2015, or even match Romania’s in that year.

Anna Roggenbuck, EIB Policy Officer at CEE Bankwatch Network, says: “As long as Europe continues to pursue the Southern Gas Corridor project, the findings of this study cast serious doubts over the EU’s commitment to tackling the climate crisis as a party to the Paris Agreement.”

Josep Nualart Corpas, researcher from Observatori del Deute en la Globalització, says: “Coal thresholds must be considered as an inadmissible limit for methane leaks produced along the gas supply chain. As this fossil fuel is mainly used as an energy resource, low carbon alternatives like energy efficiency and renewable energy must be evaluated.”