– MEPs to vote on new loan in April. – Tunisia is already paying more to its Western creditors than it receives in loans and grants, and almost all of the new loan would be used for debt repayments. Civil society groups from Tunisia and Europe are urging the European Parliament to concentrate on debt relief instead of voting through a EUR 300 million loan to Tunisia, arguing that this will only add to the country’s huge existing debt burden. 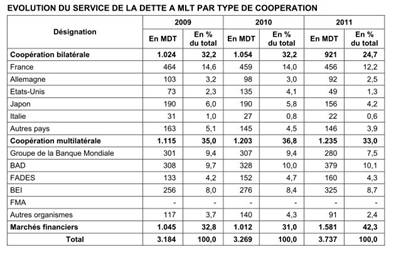 – MEPs to vote on new loan in April.
– Tunisia is already paying more to its Western creditors than it receives in loans and grants, and almost all of the new loan would be used for debt repayments.

Civil society groups from Tunisia and Europe are urging the European Parliament to concentrate on debt relief instead of voting through a EUR 300 million loan to Tunisia, arguing that this will only add to the country’s huge existing debt burden.

The loan – which comes with numerous economic and trade conditions attached – is due to be voted on in plenary by the Parliament on the 16th of April. CSOs argue that only debt relief and assistance in the form of grants and capacity building for the Tunisian institutions can lead to the economic recovery and democratic reform that Europe has promised to support. [*]

Tunisia is already paying off debts generated under the Ben Ali regime to France and several multilateral development institutions such as the World Bank, the African Development Bank and the European Investment Bank. The latter received EUR 149 million (325 million Tunisian Dinars) in debt repayments in 2011 [1] alone, and that figure is rising.

Last year Tunisia made repayments of EUR 330 million [2] in international debt. In total it pays more to its Western creditors in repayments and interest than it receives in the form of loans or grants.

Fathi Chamkhi of RAID (a Tunisian association member of the Networks CADTM and ATTAC): “This EU loan – which is labeled as ‘assistance’ – would have to be repaid and would mean Tunisia is even more in debt. Tunisia’s existing debt burden was built up under the former dictatorship of Ben Ali, and a significant part of it can be labeled as ‘odious’ – as the European Parliament stated in its resolution of 10th May 2012 – and thus must not be put on the shoulders of the Tunisian people. Perhaps one of the most perverse aspects of this new loan is that 85% would be used to repay debt to EU Member States and the EIB, debt that has been generated by a corrupt, dictatorial regime.”

Kuba Gogolewski from CEE Bankwatch Network: “Everybody knows that lending more to repay outstanding debt is a vicious circle. Debt relief is the only way to break this dynamic. Europe knows this very well. In early 1990s Poland’s foreign debt was cut in half by the Paris Club and the London Club. It provided the oxygen for economic recovery. Remarkably, it is not part of the deal this time.”

Bodo Ellmers from the European Network on Debt and Development (Eurodad) said: “Instead provide support in the form of grants with no strings attached. The young European democracies received generous assistance from the U.S. in the form of the Marshall Plan after World War II. Such assistance enabled European nations to have a fresh start. Today, it is Europe’s turn to support countries like Tunisia which are emerging from decades of dictatorial rule. The EU should not impose macroeconomic conditionality on their partners.”

CSOs are also calling on the EU to provide support for Tunisia in the form of grants and capacity building with no strings attached.

[*] Following the popular uprisings in Tunisia in early 2011, Catherine Ashton and the European Commission promised to put extra billions on the table to support a transition towards ‘deep democracy’. However the majority of these funds came in the form of loans through the European Investment Bank and the World Bank.

2. The planned EU loan comes together with a stringent set of conditions, namely those already imposed by the IMF program. These “structural reforms” aim at drastically reducing subsidies to foodstuffs and energy, despite the fact that a large part of the population rely on those subsidies to escape extreme poverty. A tax policy reform is also planned, but alas not to improve tax justice but exactly the opposite, by bringing the tax rates of the Tunisian “onshore” business sector closer to the “offshore” sector (in effect bringing business taxation to levels close to a 0% rate). Finally, a heavy contribution by the Tunisian public finances is foreseen to bail out three major banks, but the details of the audit of these banks mismanagements are to remain secret, at the request of the IMF.
These conditions are tragically ironic, inasmuch as they replicate classic austerity measures which have been recognized as failures by the IMF itself in the Greek case. They also in effect force the Tunisian people to apply one type of neoliberal policy, instead of being free to exercise the right, conquered at such a heavy price, of democratically choosing its own social and economic model.

For further information, or to request an interview, please contact:

This press release was issued by the following organisations: