Residents in Ukraine’s southwest are facing environmental decline, intimidation and deteriorating quality of life as a result of the rapid emergence of Europe’s largest poultry farm, finds a report released today by CEE Bankwatch Network. Owned by Mironivski Hliboproduct (MHP), Ukraine’s biggest poultry producer, the Vinnytsia project has been enjoying hefty support from Europe’s public financial institutes and the World Bank, and plans to double the facility’s size are only likely to exacerbate its social and environmental impacts, shows another report released today by the Centre for Research on Multinational Corporations (SOMO). 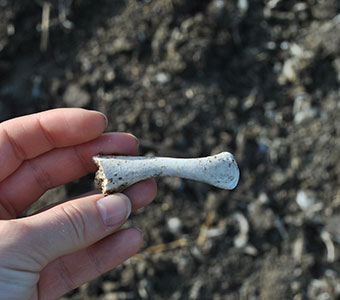 Residents in Ukraine’s southwest are facing environmental decline, intimidation and deteriorating quality of life as a result of the rapid emergence of Europe’s largest poultry farm, finds a report released today by CEE Bankwatch Network. Owned by Mironivski Hliboproduct (MHP), Ukraine’s biggest poultry producer, the Vinnytsia project has been enjoying hefty support from Europe’s public financial institutes and the World Bank, and plans to double the facility’s size are only likely to exacerbate its social and environmental impacts, shows another report released today by the Centre for Research on Multinational Corporations (SOMO).

Bankwatch’s report “Black Earth: Agribusiness in Ukraine and the Marginalisation of Rural Communities” can be found here:
https://bankwatch.org/publications/black-earth

SOMO’s report “Chicken Run: The Business Strategies and Adverse Impacts of Poultry Producer MHP in Ukraine” can be found here:

A blog post with high-resolution images and details on the amount of public finance and beneficiaries in Ukraine’s agricultural sector can be found here:
https://bankwatch.org/news-media/blog/images-and-graphs-large-scale-agribusiness-ukraine-and-local-communities

A fact finding mission, comprised of members of Ukrainian and international civil society organisations, visited the site and met with over 100 local residents in May 2015. They heard a large number of accounts of people being aggressively pressured by MHP representatives to lease their lands to the company to allow the expansion of the poultry production facility.

The civil society delegation was also able to document strong foul smell from chicken rearing houses and manure heaps in the fields surrounding the Vinnytsia complex as well as other poultry production waste. In addition, the mission was also shown the effects of increased truck traffic through the villages on local roads and buildings. These and other findings are brought in detail in Bankwatch’s report.

MHP has so far received over EUR 500 million in loans from the European Bank for Reconstruction and Development (EBRD), the European Investment Bank (EIB), and primarily from the World Bank’s International Finance Corporation (IFC).

This financial support, part of which was used for the construction of the Vinnytsia complex, has obliged MHP to implement a number of safety and environmental standards, and the company claims it complies with Ukrainian law and follows best international practices.

But local residents’ testimonies show that the social and environmental impacts are insufficiently mitigated, in spite of these claims. Not only did the company avoid consultations with the communities, but it has also never disclosed information that could address their concerns, despite repeated requests. As a result, MHP’s unwillingness to directly engaged with concerned residents has naturally bred mistrust.

SOMO’s analysis finds that a major cause of the adverse impacts experienced by the local communities is the poultry farm’s rapid expansion. Already in 2014, the first year of its operations, the Vinnytsia poultry farm produced 205,000 tonnes of poultry, according to MHP reports. A second phase of the facility, slated to begin late this year and be completed by 2018, will see the company producing 900,000 tonnes of poultry, much of it intended for export.

Moreover, mitigation of the effects on the environment and the local communities is hampered by MHP’s continued refusal to disclose relevant information and offer an orderly redress mechanism. In addition, in effect since 2014, the Ukrainian government’s moratorium on inspections means that violations of public health and environmental laws could remain undetected and not addressed.

“The approach of both the EU and the investment banks towards Ukraine’s economic development serves a different interest than that of the local communities,” says Tim Steinweg, senior researcher with SOMO. “The case of MHP shows that there are limits to the expansion of industrialized farms before they interfere with the livelihoods of local communities.”

“Financial institutions who see MHP as an important contributor to the country’s economic recovery and Ukraine as a key player in the global food supply must prioritise transparency, accountability and participation of the local communities, not their exclusion and concentration of control over land in the hands of the few,” says Fidanka Bacheva-McGrath, EBRD Co-ordinator at CEE Bankwatch Network.