The Romanian Government has been named and shamed today in a public fossil fuel subsidies awards ceremony in Brussels for fostering land expropriations required for expanding a coal mine, displacing families and destroying nature. 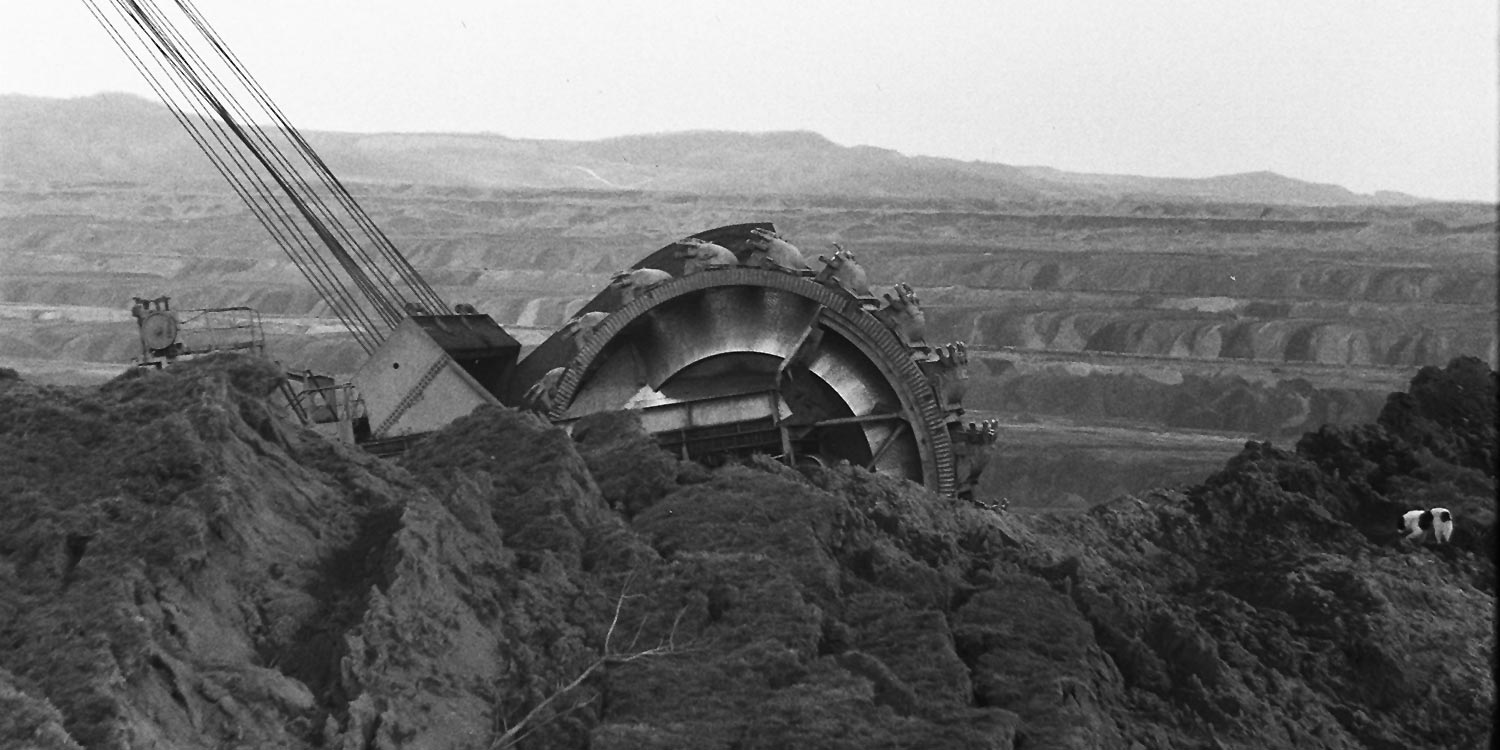 An excavator at the Runcurel mine in 2015.

The Romanian Government has been named and shamed today in a public fossil fuel subsidies awards ceremony in Brussels. From 10 April till 8 May, the public voted on the deadliest, dirtiest and sneakiest subsidies to fossil fuels in Europe. Our country was shamed for fostering land expropriations required for expanding a coal mine, displacing families and destroying nature.

In today’s award ceremony, Romania came in second in the Deadly Funding Award category. Declaring the project one of “public utility and national interest”, EUR 3 million were allocated from the state budget through Government Decision 960/2015 to buy 341 hectares of land and immediately hand them over to Oltenia Energy Complex. Owners will therefore receive a mere 1 EUR per square metre, regardless of what they own – be it forests, orchards or houses. 113 hectares of forest, two historical monuments and an entire village will be wiped out from the map. This year, the Government plans to publish two similar decisions for the expansion of the Jilț Sud and Roșia mines.

European countries have all agreed to scale up their efforts to tackle climate change in compliance with the Paris Climate Agreement. Still, governments and other public institutions all over Europe are spending billions of euro on funding one of the main causes of climate change: the extraction and burning of fossil fuels. By providing subsidies, governments end up taking one step forward and two steps back when it comes to climate action.

Alexandru Mustață, Bankwatch Romania energy campaigner said: “We are hoping that this award will make the Romanian Government reconsider spending another 2.5 million euro for two more mine expansions. Enough people have already suffered from the Runcurel expropriations.”

CAN Europe’s Director Wendel Trio explained: “These awards reveal that financial commitments are not consistent with Government promises to tackle climate change in line with the Paris Agreement. With the awards we expose a large amount of largely hidden subsidies for fossil fuels and call on all European Governments to phase them out urgently and no later than 2020. We also ask them to make their budgets 100% climate-friendly and implement the clean energy transition as soon as possible. They must put their people and environment ahead of polluting fossil fuels.”