Brussels – The group of four Visegrad countries (Poland, Hungary, the Czech Republic and Slovakia) plus Romania and Bulgaria declared yesterday their readiness to block EU 2030 binding renewables and energy efficiency targets which are to be agreed upon at a European Council Oct. 23-24. Yet cracks are appearing in the group. 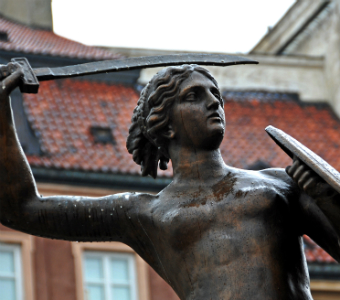 Brussels – The group of four Visegrad countries (Poland, Hungary, the Czech Republic and Slovakia) plus Romania and Bulgaria declared yesterday their readiness to block EU 2030 binding renewables and energy efficiency targets which are to be agreed upon at a European Council Oct. 23-24. Yet cracks are appearing in the group.

“This is a disappointing position coming from the V4 + 2 group,” comments Bankwatch energy campaigner Ondrej Pasek in reaction to the declaration issued by the countries yesterday.(1) “But what was surprising to observe were the widening gaps among countries, with Poland and the Czech Republic at two ends of the spectrum.”

“Visegrad countries are asking for a compensation mechanism to channel money from the old member states into the modernization of their obsolete, carbon intensive industry. But at the same time, they do not want to be bound by specific targets,” explains Pasek. “This is completely irrational and detrimental. We need binding targets on renewables and energy efficiency to generate savings and jobs for people. We need to make all countries accountable for how they use the funding provided by the EU public budgets.” (2)

Meeting Sept. 30, Ministers of Environment of Visegrad countries plus Romania and Bulgaria declared that their countries could potentially endorse one of the three 2030 climate targets planned to be adopted by the EU in October, the binding emissions reduction target, but only if the target “is set realistically and in a technologically neutral way.” The ministers added that 2030 binding targets for renewables and energy efficienct were “undesirable”.

Poland was the toughest among all V4+2 which indicates that either it will not accept the binding targets or it would demand for significant financial benefits in exchange for agreeing to targets. This tough line was echoed by the new Polish Prime Minister Ewa Kopacz (who is replacing Donald Tusk), who declared in her inaugural speech to the Polish Parliament today that “during the European Council on Oct. 23- 24 my government will opose provisions which will increase costs and prices of energy”.

In its final declaration, however, V4 countries, Romania and Bulgaria did not bow to the Polish tough stance and finally jointly called for a binding emission reduction target. The position of the Czech Republic , adopted in August, actively promoting non-binding targets in energy efficiency and renewables, was not reflected in the declaration either – the countries were not able to agree even on non-binding targets.

“What we are seeing is that new member states find it increasingly hard to come up with a common approach to decarbonisation of the EU,” says Ondrej Pasek. “The final V4+2 declaration comes down to the least common denominator which may not reflect well the ambitions of each of the countries. The Czech Republic, for example, is well aware of economic benefits of a common energy efficiency target but it could not do more at this stage.”

„The new Polish government seems to be just as much hostage to the coal industry as that of Donald Tusk and this is no surprise,” comments Marek Jozefiak from Polish NGO Polska Zielona Sieć. „Blocking the development of renewable sources of energy will have far-reaching consequences for Polish energy security. If we maintain our current energy mix, based on coal, we will either increase our dependence on energy imports, due to the rise in hard coal imports, or get burdened by the huge costs which are necessary to keep our ruined industry alive.” (3)

„Tusk has made a name for himself in Europe by promoting energy security, but what Poland and the other countries in the V4+2 group are doing now is precisely putting this energy security under great jeopardy,” adds Jozefiak.

Excerpts from the declaration are below.

2. According to latest Greenpeace report, cheap prices of energy produced from coal are an expensive illusion. In the last 25 years subsidies to coal mining and coal-based electricity production in Poland reached 170 bn PLN, whereas external costs on health amounted to further 700 bn PLN.

And country by country recommendations for the sustainable use of EU funds in Central and Eastern Europe:
https://bankwatch.org/publications/funding-sustainable-development-european-regions-recommendations-programming-eu-funds

Excerpt from the final declaration made yesterday by the V4+2 group:

„The Ministers and State Secretaries reiterate that the single greenhouse gas (GHG) emissions reduction target at EU level must be set realistically and in a technology neutral way. The introduction of any legally binding renewable energy and energy efficiency targets at EU or national level is not desirable, in particular in the context of the proposal for the new governance system.

Moreover, the V4+ countries share the common view that the final agreement on the policy framework is conditioned by fair effort sharing and solidarity mechanism in both ETS and non-ETS sectors among the Member States based on the current distribution criteria reflecting 2020 package ambition levels, in particularly in non-ETS.2

Furthermore V4+ is convinced that predictable, stable and efficient rules protecting industry against carbon leakage are also indispensable part of a future agreement. Besides that V4+ supports higher flexibility between ETS and non-ETS sectors and the banking AEAs after 2020.

In addition, the V4+ Ministers and State Secretaries also declare that in addition to fair distribution of efforts in both ETS and non-ETS sectors an additional compensatory mechanism should be established enabling lower income Member States to finance modernization of their energy systems and industrial innovations. The V4+ countries also maintain their position that any decision on climate and energy policy must respect that it is the sovereign right of every Member State to freely choose its most suitable energy mix as provided in the Treaty.”