Prague motorway’s ringroad R1 is a crucial part of the Czech Republic’s Trans-European Network (TEN-T). However, some of the road sections being planned for construction are failing to fulfil TEN-T project criteria and their cost-effectiveness is highly questionable. 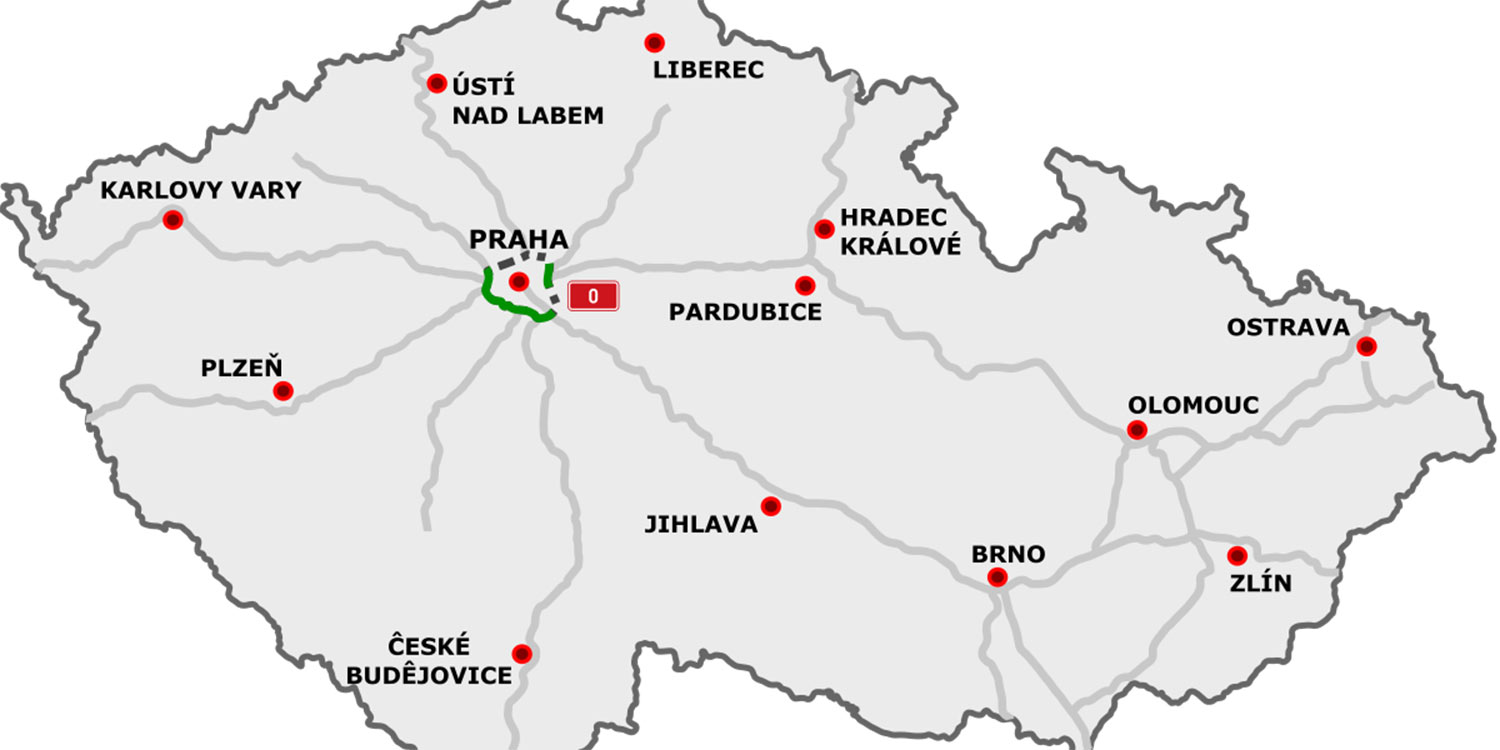 Prague motorway’s ringroad R1 is a crucial part of the Czech Republic’s Trans-European Network (TEN-T). However, some of the road sections being planned for construction are failing to fulfil TEN-T project criteria and their cost-effectiveness is highly questionable.

This is most acute in the case of the R1’s northwest section, where only one variant (the south or “J” variant) has been intensively promoted by the relevant authorities since the early days of the road’s planning. Yet this variant passes close to inhabited urban areas and at the same time does not fulfill safety requirements (related to a proposed tunnel and a 2-level bridge over the River Vltava) that are laid out in the TEN-T provisions.

Only when a study was commissioned in 2007 did the consultants Mott McDonald take the initiative to consider a second possible route suggested by civil society actors for the northwest section – this variant (the north or “Ss” variant) runs outside of inhabited areas further north of Prague. The study concluded that the Ss variant has clear economic advantages (namely, EUR 150-300 million savings) as well as several other advantages such as separating long-distance traffic from local traffic. Moreover, the project’s Environmental Impact Assessment study clearly states a preference for the Ss route, stating that the J route should only be considered if Ss can not be followed.

Flimsy arguments against the alternative by state authorities

Previously, the main objection of the state authorities has been that the Ss variant is to be located close to an existing nuclear research facility in the town of Řež. Several authorities, including the Czech Ministry of Transport and the State Fund for Transport Infrastructure, claimed that this kind of routing disqualifies the Ss variant altogether.

However, it has been proven that such a claim is not based on any solid evidence. In fact the relevant responsible authority, the State Office for Nuclear Safety, has repeatedly stated that the proposed Ss variant does not pose any safety risks for the nuclear facility in Řež.

As the table below shows, the J variant attracts more local traffic, while the Ss variant provides better service for transit:

Such factors continue to be overlooked by national as well as Prague authorities who have continued to promote the J variant without any reasonable explanations. It is a widely shared opinion that this is due to links between Prague decision-makers and land speculators, as well as to the fact that the northern Ss variant would fall much more under the control of the Central Bohemian region instead of the city of Prague.

These attitudes towards the project remain entrenched despite the fact that the Supreme Administrative Court has twice dismissed a modification of the Land Use Plan of Prague that included the J variant of the ringroad. The most recent decision from the Supreme Adminsitrative Court came in January 2010 (see details on the right).

Rulings of the Supreme Administrative Court

The Land Use Plan’s first dismissal in October 2008 was based on the fact that legal and procedural requirements were not fulfilled. As a result, no application for a zoning decision for the J variant can now be submitted legally. The court ruling also identified major problems in the public consultation processes. It demonstrated that project decisions have been taken by the authorities without proper consideration of the possible variants and that decisions are confirmed by the authorities even before any consultations with the concerned public begin.

The court has equally noted a possible breach of the TEN-T directive related to the J route running through a major urban centre – namely Prague – and a further reason for the court dismissal is due to the fact that Prague municipal office did not allow the changes of the zoning plan to be assessed through the strategic environmental assessment process, which has been a prerequisite under EU requirements since 2001.

Another Czech road project on hold

Currently, the project is among those „on hold“ because it is not in a prepared state and there is an apparent lack of money for transport infrastructure construction. It remains yet another important Czech motorway project (in this case TEN-T one) which at the moment has zero chance to receive any money from the EU Cohesion funds due to improper preparation and the blindness to reality that is being displayed by some of its proponents.

That the project is on hold is to a large extent the result of intensive local resistance as well as NGO efforts that have persistently pointed out the drastic weaknesses in the project design and the inadequate quality of the proceedings. It is clear that Prague needs a motorway ringroad, but one that really does serve the purposes of serving trans-European transit traffic and not interfere with inner city traffic, as well as being the most economically viable option. Civic groups will continue to make this the case.

This letter highlights problems with two controversial transport projects, the Prague Ring Road and Katowice – Vienna connection proposed under the TEN-T program. Specifically in the case of the Prague Ring Road, these issues include nuclear safety regulations, inappropriate traffic mitigation measures and changes to the land use plan. Problematic issues with the Katowice – Vienna connection include environmental and transport efficiency concerns.