In 1999, Gabriel Resources, the Canadian mining company, was granted the right to mine gold in the Rosia Montana area in Romania. Rosia Montana was to become Europe’s largest open-cast gold mining project. As Gabriel, the Barbados-registered company with no mining experience whatsoever, is seeking to keep its costs low, they plan to use the controversial cyanide leaching method. 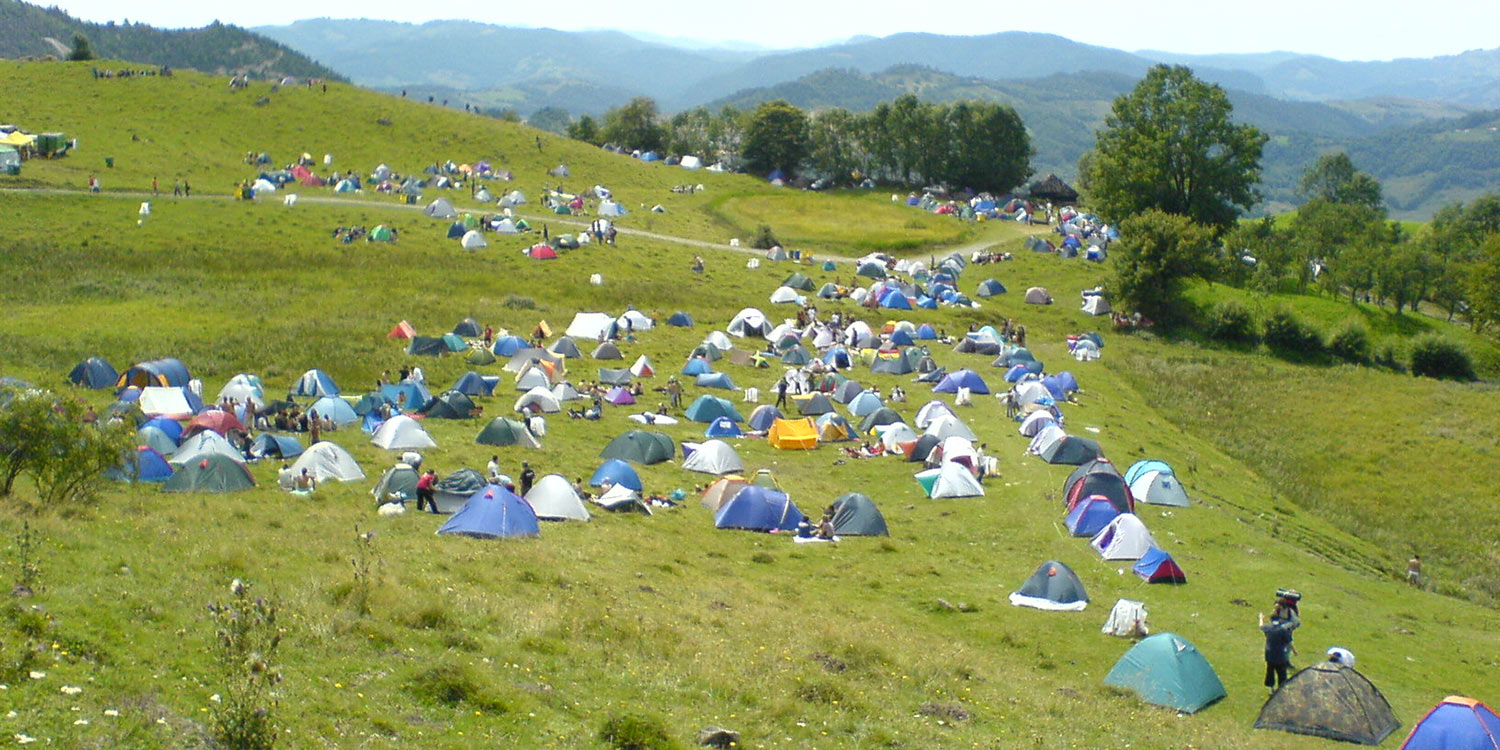 The "FânFest" music festival in support of the Save Roşia Montană campaign.

In 1999, Gabriel Resources, the Canadian mining company, was granted the right to mine gold in the Rosia Montana area in Romania. Rosia Montana was to become Europe’s largest open-cast gold mining project. As Gabriel, the Barbados-registered company with no mining experience whatsoever, is seeking to keep its costs low, they plan to use the controversial cyanide leaching method.

The project involves the resettlement and relocation of 1800 people living in 740 houses and 138 flats, as well as eight churches and connected cemeteries: overall, 38 percent of the Rosia Montana commune area is to be affected by the new mining development.

Following strong local and international NGO protest, the World Bank’s International Finance Corporation (IFC) decided not to support the project in 2002. But the threat to the local community remains. With Gabriel Resources planning to go ahead with private capital, the need for continued support for people living in Rosia Montana is still very acute.

In 2012, almost one hundred permits were issued to Oltenia Energy Complex (OEC), allowing the company to cut down hectares of forest to make way for coal mines. The permits were issued illegally, however, as Bankwatch Romania proved in court over the past six years. After many lawsuits and complaints to the relevant authorities, a sign of progress came this summer when the Romanian Ministry for Environment informed criminal investigation bodies about this situation.


Battles against cyanide continue in Romania


Rosia Montana – no improvement in sight for tarnished gold project

The recent public debate organised in Bucharest to discuss the controversial USD 500 million Rosia Montana gold mine project have been disrupted and debased by the actions of the projects sponsor, the Canadian company Rosia Montana Gold Corporation (RMGC), allege Romanian groups. The Bucharest-based TERRA Mileniul III and the Centre for Legal Resources maintain that the discussions taking place as part of the gold project’s environmental impact assessment (EIA) procedure have been tainted by RMGC’s bussing in of rowdy supporters of the project and also because of crucial missing project documentation.