There will be MFF 2014-2020 closure, in some shape or form, and presumably at some stage in 2013 – at least, that is, when it comes to the European level negotiating and haggling over the future EU budget. But what comes after?

Europe’s individual member states may be thinking about breathing a huge sigh of relief once the collective bargaining over the MFF concludes. But, of course, they all know that the focus will have to shift to the national level, and the need to work out across their own respective ministries how to spend the allotted EU cash for the next seven years, in line with new – hopefully much greener – spending criteria.

This is bound to be viewed as a thankless task by those at the sharp end. But here at Bankwatch, we regard this as the key moment – when member states, unhindered by multilateral compromises (except within national ministries), can really forge ahead and put quality EU spending at the top of their domestic agendas.

With our long-term EU Funds partners Friends of the Earth Europe, Bankwatch is organising a series of timely events to remind how sustained and constructive dialogue between official institutions and citizens can result in highly rewarding initiatives – all derived from EU budgetary spending. 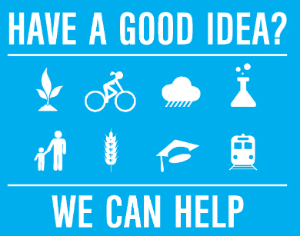 Citizens from eight central and eastern European countries, in which the Bankwatch Contest for best ideas for sustainable use of the EU funds took place, will present their winning projects to the European Commission, the public and other stakeholders.

This common forum for discussions around winners‘ ideas and the overall outcomes of the national contests focus on the future Cohesion Policy within the context of the presented grass-roots demand.

The event will take place in Brussels on 19 February 2013. Mark it in your diary now – venue and precise timings to be confirmed.

Bankwatch, in cooperation with the ‘SFteam for Sustainable Future’ and Friends of the Earth Europe, will hold a conference on Partnership in Cohesion Policy

Just before the finalisation of the legislative proposals for the future EU Cohesion policy and just as Partnership contracts are being negotiated in member states, this conference will bring together representatives of the EU institutions with various stakeholders from central and eastern European member states for a discussion about the application of the partnership principle in the process of EU funds programming.

Participants will have the opportunity to share and discuss their positions on the draft legislative provisions on partnership, with a particular focus on arguments for wide and deep partnership, and the engagement of Europe’s citizens in future Cohesion policy decision-making.

The event will take place in Brussels on 20 February 2013. Time and venue still to be confirmed.